From October 18, 2021 to December 20, 2021, ALS Focus surveyed over 450 people about their access to power wheelchairs, portable ramps, and rollators. The survey asked people with ALS, current caregivers, and past givers to share their experiences acquiring and using these devices for mobility. The aim of this survey was to measure the ALS community’s needs for mobility equipment. The ultimate purpose for these results will be to help people with ALS and their caregivers engage with the world in the way they want in part through mobility options that work for them.

Responses varied widely, demonstrating that each person’s experience is unique. It was a challenge to capture this variety using simple multiple-choice questions in some cases. Often, valuable findings came from the survey taker choosing to write in a response.

The results below are based on responses from 233 people with ALS who participated in the ALS Mobility survey, as well as 119 current ALS caregivers who responded about the person they care for.

Use of Mobility Equipment

We wanted to examine the ALS community’s experience with power wheelchairs. About half of the people we surveyed said they or the person they care for use(s) a power wheelchair currently. Of those who do not use one currently, 17 percent used one in the past.

Of those who use power wheelchairs currently, about 92 percent said their wheelchair comes equipped with at least one advanced feature. These features include:

We also asked our survey takers about their experience with portable ramps, which the survey defined as ramps that can sometimes be folded and can be carried outside of the home. Of the people who use a portable ramp currently (27 percent), most use it one to three days a week. An additional 21 percent reported using one in the past.

Finally, we looked at peoples’ experience with rollators. About 28 percent of the people we surveyed use one and, of those asked, an additional 45 percent said they have used one in the past. Nearly everyone has a four-wheeled version.

How Did People Pay for Their Mobility Equipment? 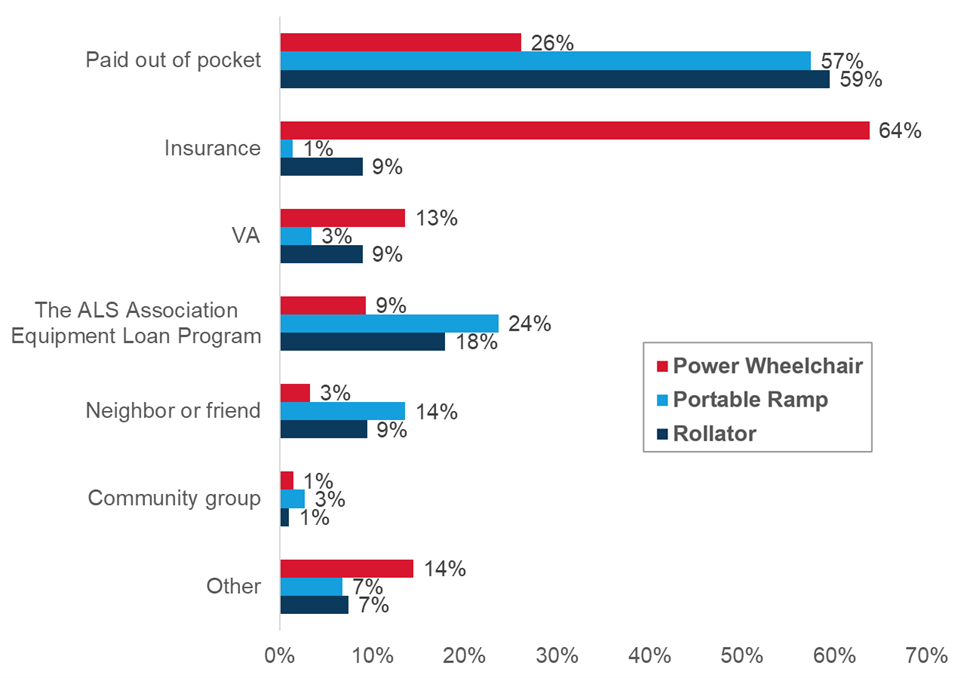 Figure 2. Proportion of survey respondents who accessed ALS mobility equipment through one or more sources.

Those who responded to our survey told us that they were able to pay for their wheelchairs using a variety of sources. Nearly two-thirds of people with ALS said insurance at least partially covered their chair, and about a quarter said they paid for a portion of it out of their own pockets. Thirteen percent of people with ALS received assistance either through the Veteran’s Administration or Paralyzed Veterans of America. Nine percent received a chair on loan from the ALS Association Equipment Loan Program.

Fifty-seven percent of those using a portable ramp currently or in the past paid for it out of pocket. Neither insurance nor the Veteran’s Administration or Paralyzed Veterans of America covered any cost for most people. Nearly a quarter of survey respondents said they received a ramp through the ALS Equipment Loan Program. About 14 percent received a ramp from a neighbor or a friend.

Reasons for Not Using Mobility Equipment

Our survey revealed that people do not currently use power wheelchairs for many reasons besides not needing one. Their write-in responses illustrated this finding:

Several respondents have requested or ordered a wheelchair and are waiting for it to arrive. One person with ALS said the chair would take three months to come. Another is waiting for the Veteran’s Administration to order one. These delays reflect the state of the supply chain during the time we deployed this survey. News reports indicate that supply chain issues have affected people’s ability to acquire home health devices, including power wheelchairs.

Several people indicated that they are just learning how to use their chairs or have one but do not depend on it for most of their activities. One person with ALS is currently practicing using it for a couple of hours a day, learning how to optimize the battery to keep all of its functions operating. One person said they only use their power wheelchair when they go out for walks.

Several people who responded to the survey are at the stage in their disease where it has become too difficult to use a power wheelchair. Three people stated that they could no longer operate the controls. One person said their caregiver also finds it hard to handle their chair. Another respondent said they could not get into their wheelchair without help. One caregiver said they could not use a chair because the person they care for cannot walk. Another respondent noted that moving from the bed to the chair is too cumbersome.

Many people who took our survey reported that they do not use their chairs because of logistical concerns. For some, the chair is not functioning correctly, and for others, it is too heavy. One person said their chair stopped charging, and they could not get in to see the doctor who prescribed it. One person said their chair lift is not in place, so they cannot leave the house in the chair. Two respondents said the chair is too big or too heavy to fit in their cars.

Finally, several respondents said the person who needed the chair was not ready to use it. One person with ALS said they are not emotionally prepared to accept that they need a wheelchair. Two caregivers suggested the same about the person they care for.

Similar to our findings with wheelchairs, we learned that people with ALS use portable ramps in many different ways and choose whether or not to use them for various reasons.

Most of the people who took our survey said they don’t use a rollator, mainly because they are physically unable to.

Figure 3. How much people with ALS agreed or disagreed that their equipment met their current mobility needs.

A previous survey found that a power wheelchair improved mobility for nearly nine in 10 people with ALS (Ward et al., 2015). Our survey revealed similar results: 88 percent of the people with ALS we surveyed said that their chair meets their needs.

Of those who use a portable ramp, about 87 percent said it meets their current mobility needs.

Among survey takers with ALS who have used a rollator, 82 percent said that it meets their mobility needs.

Is Equipment Being Accessed at the Right Time? 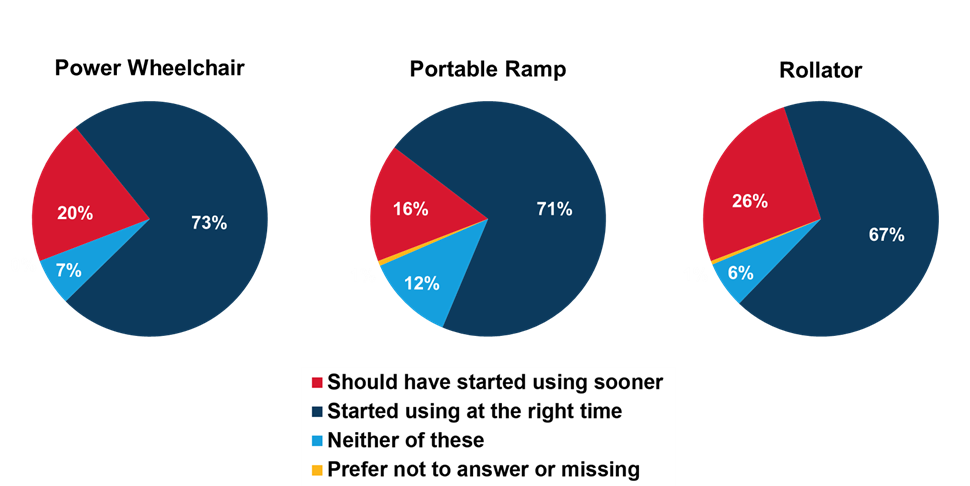 Figure 4. How people with ALS and caregivers felt about whether equipment use began at the right time.

About 20 percent of people with ALS and current caregivers thought they or the person they care for should have started using a power wheelchair sooner.

About 16 percent people with ALS and currently caregivers thought they or the person they cared for should have started using a portable ramp sooner.

One quarter or people with ALS and current caregivers thought the person with ALS should have started using a rollator sooner.

The Mobility survey assessed people’s experience with various devices that assist people with ALS in moving around. This survey also quantified key ways we can support access to mobility equipment to ensure people with ALS and caregivers are able to engage with the world in the way that they want.

A notable proportion of people receive ramps and rollators through The ALS Association Equipment Loan Program, but the findings also show there is room to increase the reach of this program to more community members.

The survey revealed that most people who use such devices feel they meet their needs. Still, the fact that 9% to 11% disagree that their power wheelchair, portable ramp, or rollator met their needs is important and suggests more can be done to ensure mobility equipment is allowing people with ALS to engage with the world in the way that they want.

While most thought they started using their equipment at the right time, anywhere from 16% to 26% thought they should have started using it sooner. Ward et al. (2010) found similar results in a smaller sample of people with ALS. Having access to equipment and knowing how to use it before it’s needed could help prevent injuries like falls and prevent periods where mobility is hindered because the right equipment hasn’t arrived yet.

The devices covered in this survey weren’t accessible to everyone for various reasons. Many are unable to use such devices because of different logistical challenges. For example, even when acquiring a power wheelchair was possible, malfunctioning equipment or lacking other home access equipment hindered people from using the chair. Furthermore, if more people were aware that portable ramps are an option, they might be able to utilize these ramps to improve their mobility outside of their home. Increasing awareness of this device could therefore benefit the community.

Overall, we found that many people with ALS still face several challenges accessing mobility support that works for them. This survey helped us understand gaps in peoples’ care that we can address in the future.

Through this research on mobility devices and other surveys, the Association hopes to improve support programming for patients and caregivers, improve scientific research and clinical trials for people with ALS, and learn how to advocate for the ALS community effectively. Experiences like those recorded here show how ALS impacts more than just the person with the condition and that taking care of someone with ALS takes a community.

Sharing the wants and needs of people with ALS and caregivers is the ultimate goal of the ALS Focus survey program.

The survey took place online between October 18, 2021 – December 20, 2021. 233 people with ALS, 132 current caregivers, and 95 past caregivers reported their answers. The survey contained about 30 questions. This study, as part of ALS Focus, has an exemption determination from the Western Institutional Review Board.

The results presented here are not intended to represent the full population of people with ALS and ALS caregivers in the United States. Instead, these results reflect the needs and experiences of those who participated in the survey.