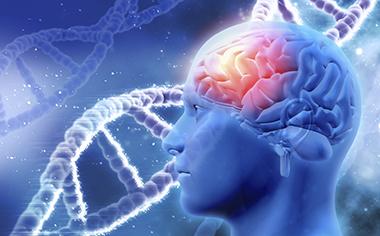 NeuroLINCS is a collaborative effort between numerous research groups that are experts in their field and have high proficiency in induced pluripotent stem cell (iPSC) technology, disease modeling, OMICs and computational biology. Specifically, OMICs includes epigenomics (study of gene modifications that do not change the genetic sequence), transcriptomics (study of messenger RNA (mRNA)), proteomics (large-scale study of proteins) and cellomics (quantitative cell analysis). Their focus is to gain a deeper understanding of neuron and the causes of neurological diseases like ALS.

Not only is this study exploring ALS, but also Spinal Muscular Atrophy (SMA). Both are neurodegenerative diseases that effect motor neuron health resulting in muscle weakness and paralysis. There is no cure for either disease.

The ALS Association committed $2.5 million with funding from the Greater Philadelphia Chapter over a five year period. Funding was announced in July 2016. This is a partnership with the National Institute of Neurological Disorders and Stroke (NINDS) to extend the current activities of NeuroLINCS, which is one of six National Institutes of Health (NIH) Library of Integrated Network-based Cellular Signature (LINCS) centers.

Using state-of-the-art methods, the NeuroLINCS program will create a wealth of cellular data that is patient specific. At the end of the study, analysis of the collected datasets will lead to identification of a network of unique cell signatures specific to both ALS and SMA.

The ultimate goal is to understand the commonalities and differences among the various types of ALS and SMA. This will lead to more efficient clinical trials to test treatments in specific patient groups that are more likely to succeed, getting researchers closer to effective treatments and cures. The results from this study will not only apply to ALS but also to SMA, thereby broadening its impact on the neurodegenerative field.

NeuroLINCS and the integrated team contributes significantly to Answer ALS, providing the building blocks and expertise required for the larger study planned for Answer ALS.

How the NeuroLINCS advances the search for a treatment for ALS

The research laboratories involved include:

As of spring 2016, some data are available for download from the site, including transcriptomics for all four ALS lines and control lines. Genome sequencing is underway at New York Genome Center.