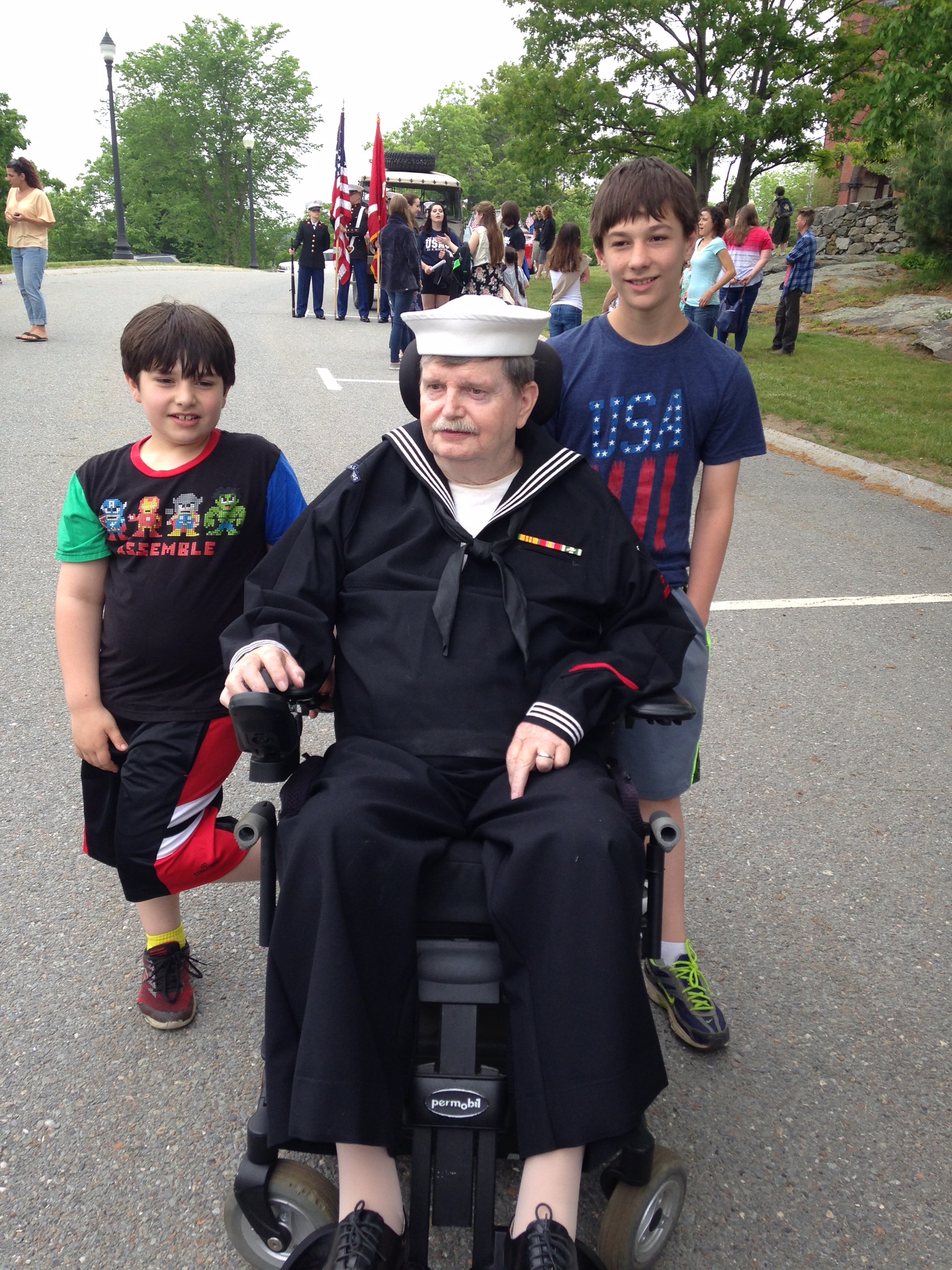 Jerry served aboard the USS Samuel Gompers. He was a hard worker and made second class in three years. Over the next 42 years we had two wonderful daughters, a great son in law and two fantastic grandsons. We retired early purchased an RV and planned to travel with the boys! March of 2012 Jerry started to have trouble with his legs! After 10 months of horrible tests, we were told it was ALS!! Thanks to to VA we have the equipment in our home for Jerry to stay at home. It has been 61/2 years. Jerry can’t talk, or walk or eat, but he can breathe on his own. The fight goes on!