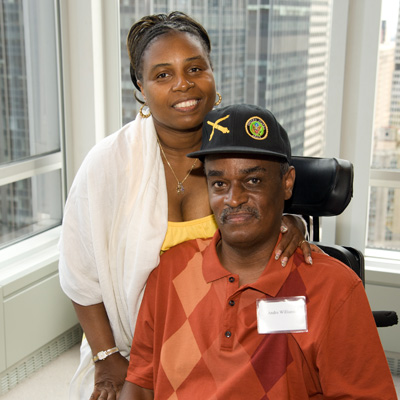 I enlisted in the Army in 1980 and was deployed to a field artillery unit in Germany where I tested tanks and cannons before becoming a driver for the Battalion Commander. For over 20 years I worked as a plumber & plumbing instructor. In 2007, I began sensing a pinching feeling in my left arm. I received the diagnoses of ALS after numerous misdiagnoses and visiting five neurologists. Despite physical setbacks, I have kept a positive outlook, due in large part to my wife of three decades, Antoinette. We have 3 children and 3 grandchildren.