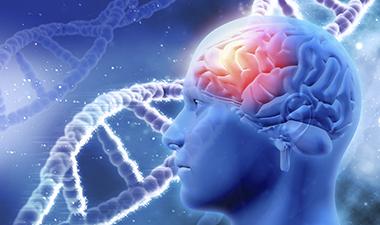 Biomarkers are by definition any measurable substance that changes in quantity or that appears or disappears with a change in the body’s state. Examples of these types of biomarkers are chemical changes in the blood, urine or cerebral spinal fluid (CSF) that bathes the brain and spinal cord. In addition, structures in the body that change with diseases state could serve as a biomarker. Biomarkers that serve as a diagnostic tool should be specific to ALS, whereas biomarkers that inform about disease progression should be sensitive enough to demonstrate changes during the disease process and are valuable tools to assess whether a drug is impacting the disease process of interest.

Methods now available make it possible to analyze very small amounts of fluid collected from living beings. Charged surfaces of protein binding chips can separate all the different proteins found in the blood, CSF, urine or other body secretions. Investigators can use an extremely sensitive technique to identify the separated molecules, called mass spectrometry.

Other routes to ALS biomarker discovery would be imaging studies that can show that certain changes in the brain or spinal cord accompany the disease and are specific to ALS. Imaging methods such as magnetic resonance imaging (MRI) and positron emission tomography (PET) scans promise the specificity and sensitivity that are required to produce an ALS diagnostic marker. Measures of muscle strength and forced vital capacity are additional measures that are used in clinical trials.

Together, any measure that changes with ALS and/or is specific for ALS, and will not confuse ALS with another disorder, could serve as a biomarker for the disease.

The ALS Association is committed to biomarker discovery, which is extremely important to move the ALS field forward. We support a number of biomarker research studies, in addition to a TDP43 Biomarker Grand Challenge program, all aimed at moving the ALS biomarker field rapidly forward.

Critical to the discovery effort is open access to well annotated samples including blood, CSF bathing the motor neurons affected in the disease and post mortem tissue. The ALS Association has committed significant investment into building and expanding these biorepositories and is in the process of creating a clearing house for investigators to identify available resources and request samples from these repositories. Efforts are in place to unify data collection, establish standardized clinical data measurements and standardize operating procedures for the collection and storage of data and specimens.

The global unique identifiers (GUID) is an important tool that has been implemented to identify patients that are in multiple studies to avoid duplication. In addition, the investment into and development of NeuroBANK™ provides an important resource for centralizing all research studies and engaging patients to participate in research studies. The ALS Association is working closely with the U.S. Food and Drug Administration (FDA), people living with ALS and investigators in the academic and industry sector to develop comprehensive guidance and guidelines for ALS drug development including a focus on biomarkers. Investigators can submit proposals focused on biomarker development and validation.

Biomarkers have multiple essential functions. For example, they can be used to follow disease progression and track response to therapy. They are important to understand if a drug is hitting its target and is a marker of whether or not a drug is working.

Biomarkers could also be used to accurately detect ALS earlier and speed up diagnosis, allowing a greater chance for people to seek earlier treatment to alter disease course. Currently, it takes an average of one year to diagnose a person with ALS and relies on ruling out ALS mimics and confirming the disease as it progresses. This delay in diagnosis hampers drug discovery and the development of new treatments making it more difficult to rescue the cells that are dying in the disease.

Another goal is to use biomarkers to stratify ALS patients into clinical trials, thereby testing specific populations of ALS patients that have a high potential for the drug to be effective. ALS is a complex disorder with a very diverse disease pathways. The ability to test treatment approaches in a more homogenous population would enable smaller clinical trials to assess which drug is efficacious. There is increased focus in the academic and industry community to develop biomarkers simultaneously with the development of treatment approaches. This will ensure that clinical trial outcomes are more informative and will encourage more participation from the industry sector.