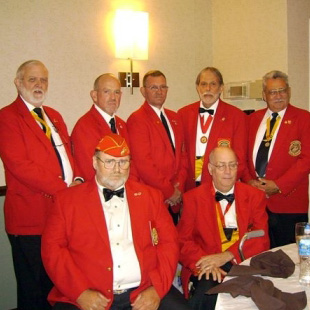 In April 2008, Charlie was diagnosed with ALS. He lost the battle to ALS in May, 2010. Prior to his ALS diagnosis, Charlie was a Commandant in the Music City Marine Corps League Detachment 378. His fellow retired Marines honored him in a Roast. (He is sitting down on the right in the photo). Charlie was given Military Honors at his services. What I can tell you about Charlie is that he had a wonderful sense of humor. Charlie spent 6 years as a proud Marine and served in the Vietnam Era War. He was a dedicated husband and father. Charlie is missed by his family, friends and fellow Marines.