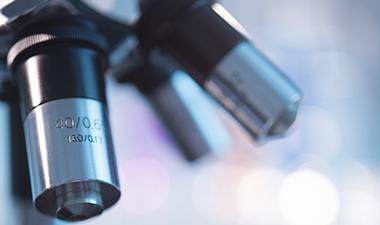 Motor neurons are unique cells, the longest in the body. All neurons extend a connecting fiber, the axon, to the next neuron or end organ. Some motor neurons in the spinal cord must extend their axon up to a meter, to reach the toes, for example, yet the cell body maintaining this extraordinary fiber is only of ordinary size. Metabolic demands on the motor neurons must be correspondingly extraordinary.

Other cell types in the central nervous system that support motor neurons, called glia, including, astrocytes and oligodendrocytes are also involved in ALS disease.

From years of research, scientists have identified various disease processes involved in ALS. Below are some common known disease mechanisms:

Transport of materials up and down the length of the motor neuron is an important cellular process that may play into the damage seen in ALS. Neurons normally move cellular materials along their axons, to keep nerve cell messages flowing and to maintain the health of the whole nerve cell itself.

Active transport along the extensive axons of motor neurons conveys newly made materials to even the farthest-reaching nerve endings and needed nutrients back to the cell body. Motor neurons may be particularly vulnerable to any genetic defect or cellular insult that impedes axon transport. Studies of the proteins within nerve fibers have highlighted their importance in maintaining motor neurons and point to the possible role of these axon proteins in ALS.

Cells that do not receive the proper supplies will die, through a step-wise process called apoptosis (or programmed cell death). This is a normal physiologic phenomenon and in fact apoptosis is crucial to the normal development of the nervous system. In contrast to apoptosis, necrosis is a type of cell death that results from a direct injury to the nervous system, or acute infection. Necrosis produces an explosion of cell contents accompanied by inflammation and immune activation. Unlike the messy death of infected or traumatized cells in necrosis, apoptosis is a process of carefully choreographed steps to self-destruction. But halting apoptosis when it is producing degenerative change in the nervous system is now a prime goal for researchers trying to design effective treatments for ALS as well as for other neurological disorders.

Mitochondria, a type of cell organelle (little organ) is the power plants of all animal cells and has many roles. In the case of motor neurons, they must sustain the amazing energetic capacity of a single cell to span from the spinal cord all the way to a person’s fingers and toes. Mitochondria move charged particles across its membrane to produce cellular fuel, called adenosine triphosphate (ATP). Mitochondria also control the cellular content of calcium ions. In nerve cells, calcium is particularly important in producing the signals that contract muscles and produce thoughts. It is also the umpire of apoptosis (i.e. programmed cell death) in that it can call the play into action or delay it using specialized enzymes. Mitochondria also play a role in removing cells when they are not needed in the growing animal, or later, in an adult, if cells are not working properly.

In ALS, evidence is building that actions on or originating in the mitochondria may be an important part of the disease. Interestingly, changes in the mitochondria can be detected before one can find a physical change, such as hind limb weakness in mice. In addition, mitochondria show damage early in the ALS disease process, a finding that is leading researchers to study this cell component intensively. Important clues on the roles involving mitochondria undoubtedly will surface as scientists probe further into the details.

Nerve cells pass signals to each other and to their target organs by releasing messenger molecules, called neurotransmitters. Many are simple amino acids such as the one called glutamate. The message is intended to tell the recipient neuron whether to fire off its own neurotransmitters. As with all neurotransmitters, glutamate docks at specific recognition molecules on the receiving neuron. Glutamate is then swiftly cleared from the nerve cell junctions to keep the message brief.

Prolonged excitation of the nerve cell can occur from too much glutamate, which is toxic. Neurobiologists recognize that glutamate can cause harm when the messages are overwhelming, as in stroke or epilepsy. Molecules called transporters aid in keeping glutamate in proper concentrations around nerve cells. Abundant evidence points to glutamate as a destructive factor in ALS and investigators are working to find out how this can be changed. Gene therapy approaches are under investigation to deliver glutamate transporters to cells affected by ALS. Other avenues towards control of glutamate in ALS are also under active investigation. The first approved specific treatment for ALS is riluzole, a drug that modulates glutamate.

Inflammation is part of the immune system’s protective reaction to tissue damage or invasion by microbes. It is a process that should help heal. But sometimes the inflammation that accompanies illness or injury is counterproductive. Inflammation can turn into an unnecessary attack on the body’s own tissues, as in arthritis or autoimmune disease.

Several places in the inflammatory events that appear to accompany ALS might be amenable to drug action that could help in the disease. Research in the field is continuing to find new approaches to implement an anti-inflammatory strategy in treating ALS. For example, the support cells of the nervous system called glia cells, such as astrocytes and microglia, usually support and nourish their neighboring neurons in the nervous system, but can become over active. If the glia become too activated, they can produce unwanted effects and perhaps add to the damage. Possible therapeutic targets of this strategy include the immune system messengers such as TNFα and other signal molecules involved in the cascade of inflammation, in addition to reducing inflammation caused by over active glia cells.

The ALS Association encourages research in all areas highlighted above. Biochemical studies, cell and animal model systems and “OMIC” studies bring us closer to identifying pathways that may be involved in disease. Investigators are encouraged to relate findings in model systems to the human disease by exploring targets of interest in tissue or cell lines generated from people living with ALS.

Disease mechanisms (i.e. the process of ALS disease) help define causes of ALS. Researchers from all over the world are working to better understand ALS disease mechanisms. ALS is a heterogeneous disease, meaning that there are many diverse ways that disease can occur. It is very likely that more than one disease process is occurring in a person living with ALS. Due to its heterogeneity, it is likely that people living with ALS will benefit from more than one treatment that targets multiple disease processes.

Understanding how ALS causes disease through thorough investigation of disease mechanism allows researchers to then direct their research to develop therapeutic targets. Once they establish a therapeutic target, the drug development process can begin to create drugs that either up regulate, down regulate or abolish the target, which all depends on the type of drug target.