The ALS Association’s policy priorities are grounded in our advocacy guiding principles. Our federal advocacy work focuses on educating and mobilizing all members of Congress in a nonpartisan fashion to achieve the mission of The ALS Association: To discover treatments and a cure for ALS, and to serve, advocate for, and empower people affected by ALS to live their lives to the fullest. 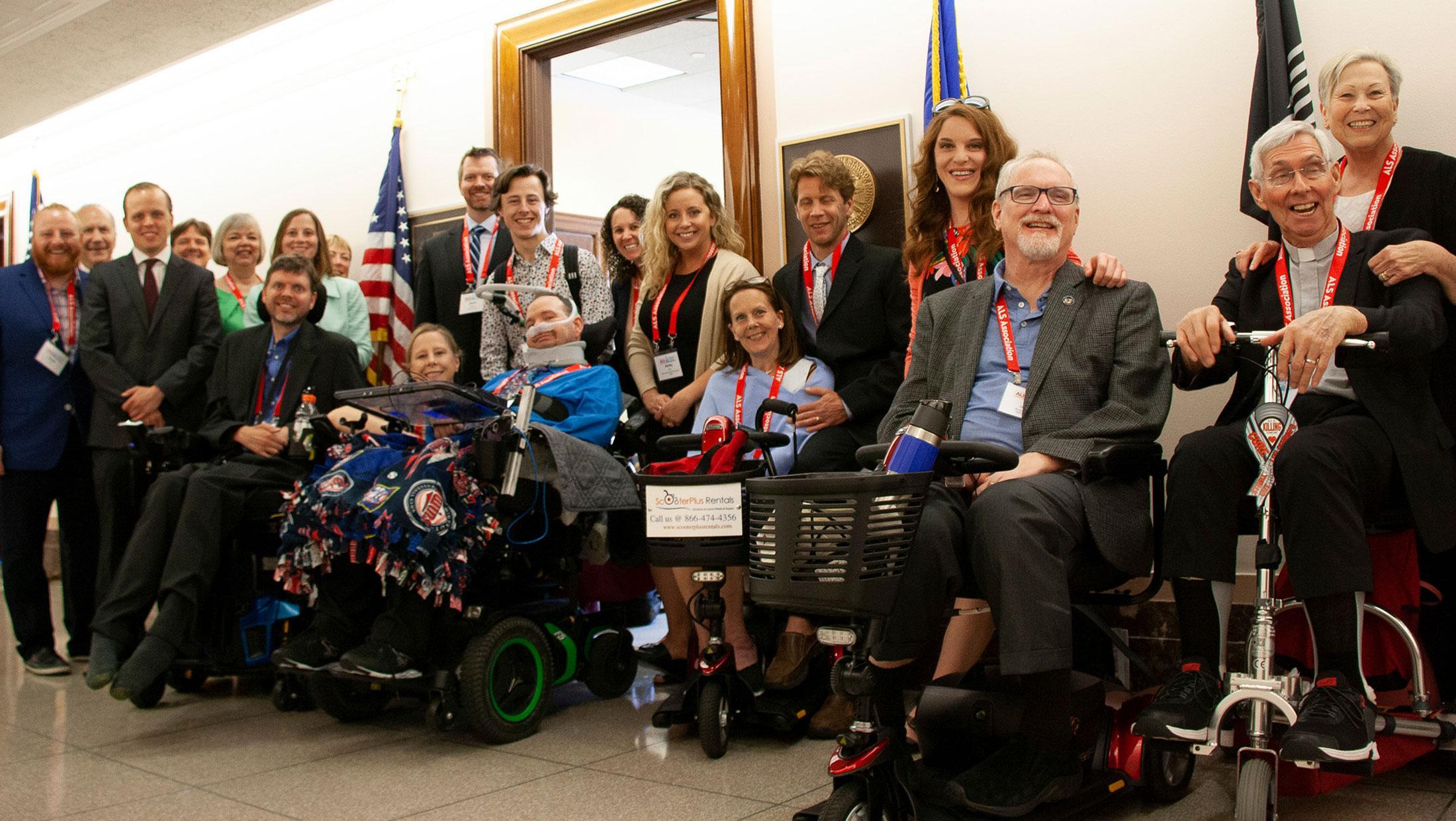 The Justice for ALS Veterans Act (S. 3091/H.R. 4748) would increase dependency and indemnity compensation (DIC) paid to surviving spouses of veterans who die from ALS regardless of how long the veteran had ALS prior to death. Because ALS is a service-connected disease, families of deceased veterans receive a DIC. However, they are denied a supplemental DIC increase available only to families of veterans who live at least eight years with a service-connected disability. Families of veterans who died from ALS deserve the same compensation as other military families. The ALS Association is collaborating with stakeholders across the veterans’ health network to enact this legislation.

The Creating Opportunities Now for Necessary and Effective Care Technologies (CONNECT) for Health Act (S. 2741/ H.R. 4932) and Protecting Access to Post-Covid-19 Telehealth Act (H.R. 7663) would expand access to telemedicine and telehealth for people with ALS. The ALS Association will work closely with stakeholders across the health care and technology ecosystem to expand a legal and regulatory environment where providers are permitted to deliver safe, high quality care using telehealth and telemedicine regardless of care delivery location or technological method.

Represent People Living with ALS on Access to Health Care, Drugs and Therapies

The ALS Association is an active participant in coalitions of leading patient advocacy organizations that advocate to ensure protections for preexisting conditions and access to high quality, affordable care in public and private insurance. Efforts include advocating for access to complex rehab technologies like wheelchairs, making permanent access to speech generating devices, and protecting access to ventilators. Additionally, the Association is working with other organizations to advance our Principles for Urgent, Patient-Centered Clinical Trials. Efforts to advance these principles include increasing access to experimental therapies and fast-tracking Food and Drug Administration development and approval of new effective drugs for everyone with ALS, including the Promising Pathway Act (H.R. 7269/ S. 3872) to establish a time-limited, provisional approval pathway for certain drugs and biological products.