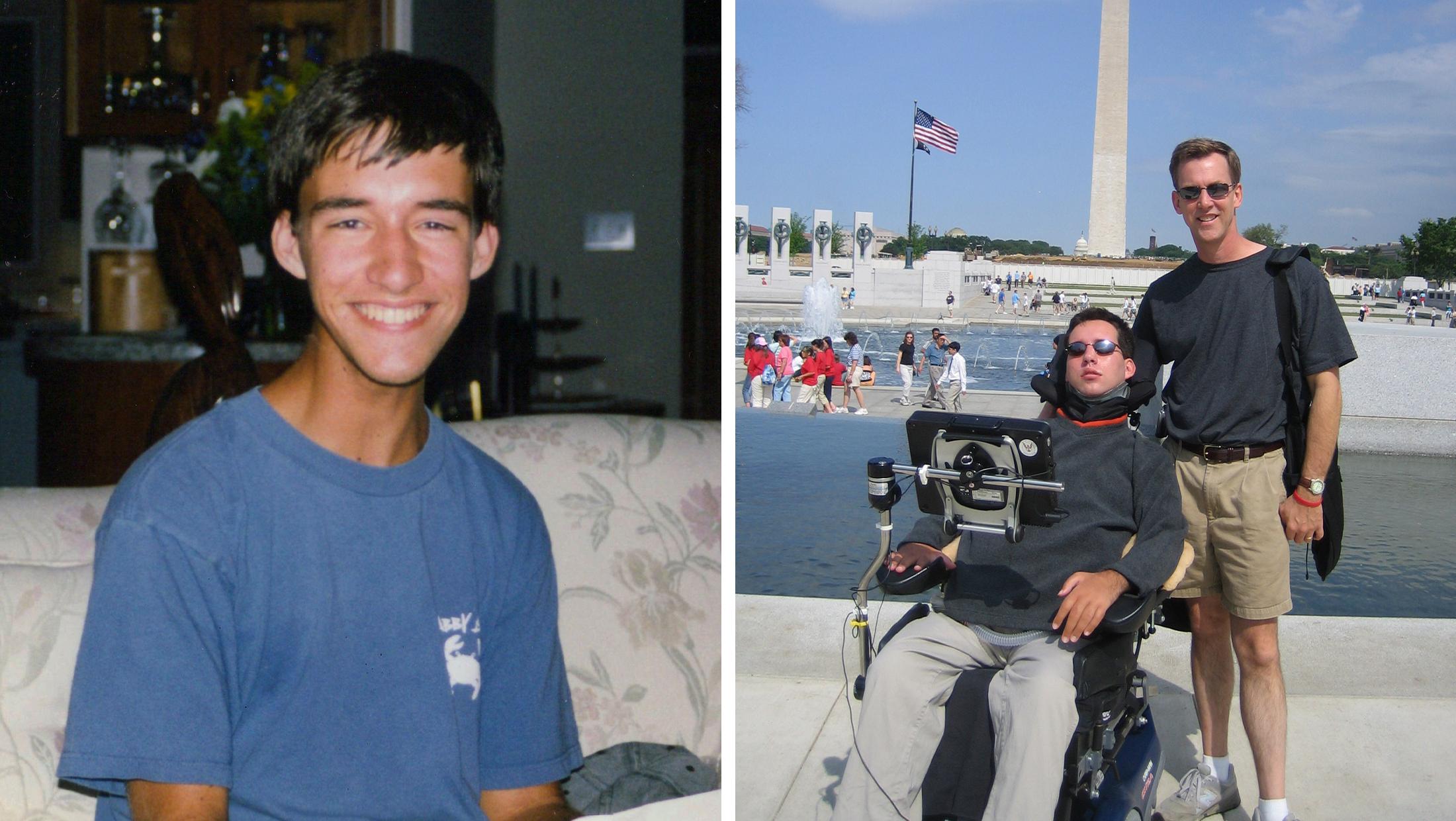 In October of last year, Stuart Obermann and his family made a gift to the city of Huntsville, Alabama through the Eric S. Obermann Foundation he founded in 2006 to honor his son who was fighting ALS. With this generous donation, the city planted approximately 270 native trees and shrubs creating a new forest on Aldridge Creek Greenway. The Eric Obermann Linear Forest will eventually grow to shade more than one-half mile of greenway, providing enjoyment to residents and visitors for years to come, keeping Eric’s memory alive in the community where he was raised.

While ALS is labeled a “rare disease” in the medical field, those who are personally touched by the disease tend to feel quite differently. When Stuart’s son was diagnosed, he learned what a lot of people with ALS eventually find out: once you've met one person with the disease and understand the devastation it causes, you find as you're talking to people that you know a lot of people who have been touched by it. 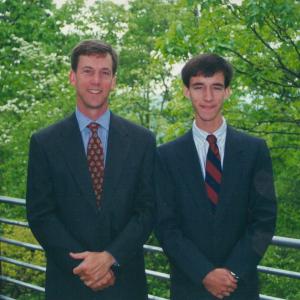 In 2002, shortly after his son Eric was diagnosed with the disease at age 20, Stuart got involved with The ALS Association. Through word of mouth, Stuart and his wife Marcia found five or six families in their community who were also dealing with the impact of an ALS diagnosis. They started an informal support group, meeting at a local library and restaurants to get together and talk about all things related to ALS, providing support, sharing ideas and resources, and leaning on each other for help dealing with the daily challenges that come while living with ALS.

After doing some research online, Stuart and the group learned about the National Advocacy Conference held each May in Washington so several them traveled to D.C. in 2003 to learn more. “We really enjoyed the advocacy component of that event, but while we were there, we learned about this network of chapters, and I believe at the time there were perhaps around 20 chapters serving patients throughout the country, but none serving Alabama” he said. So the group started working with the chapter relations team at The ALS Association and formed The ALS Association Alabama Chapter in 2004. Stuart took on the role of founding chairperson. Marcia, a nurse, also served on the board and built their care services program.

Stuart, a businessperson and an engineer, and Marcia, both took sabbaticals from their careers for a decade to develop the chapter and help Eric just deal through his difficult journey. “It allowed us to focus on something that could help him and others living with ALS,” he said. “And, that helped us cope, I think, or at least distract us from the grief and the loss that was coming at us every day.” 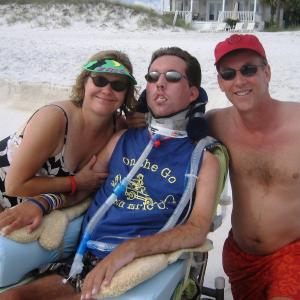 Stuart served for 10 years as the chairperson of the chapter but due to term limits rolled off their board. “After Eric passed and my term expired, I decided I cared deeply about the Association and the families that we were serving and decided to continue on in a volunteer mode,” he said. He served as the first chairperson of the board of representatives on the national level when it was formed in 2010, for two and a half years. When his term as an officer expired, he was elected onto the board of trustees, and served 8 years in that role.

“Many of the volunteers for the Association, both within the chapter boards as well as at the national level with the board of trustees, are people like myself who had been, or are currently dealing with ALS, with a family member, or themselves, are a patient, or have lost a loved one,” said Stuart. “So, we've seen how that works. We understand the feelings and the sense of urgency that every family member has. We all want the cure yesterday. And, we take that very seriously.”

In March 2020, Stuart was offered yet another opportunity to make a difference for people living with ALS. His own personal experience with his son’s ALS journey made him uniquely qualified to take on the position of Vice President of Field Operations for the Association. In this role he helps provide support to the current network of 39 chapters serving people living with ALS in all 50 states.  “The Chapters are vital to the delivery of our care services programs to ALS families across the country.  This is at the core of our mission – and these programs are a lifeline for people living with ALS,” said Stuart.

Eric remains Stuart’s “guiding light” and motivation for all he does with the Association and in his local community. When asked what Stuart would like to say to families in the ALS community he replied, “I would just like to say a word of thanks to our hundreds of volunteers and thousands of donors who support the mission and the work of The ALS Association. Your support is invaluable to help us do our job, and together with your support, we hope that we will soon live in a world without ALS. So, thank you.”

Bless you for being such fine people. I am very sorry this happened to your beautiful boy

My husband Kevin was diagnosed in 2017 with this evil disease. He was showing signs all through 2016 also. What's crazy is, we had a toddler and a baby at the time. His first sign of having ALS was him no longer being able to unbuckle their carseats. That's how evil ALS is. He worked with his hands his whole life and one day at the grocery store he had to call me for help because he couldn't push the button on the carseat hard enough to get our son out. Our son... God that boy would have followed Kevin everywhere. It was a struggle with a lot of denial and feelings of helplessness. We were married in 2006 so naturally I became his caregiver and everyone else in our lives slowly faded away. We made the most of it though until last December when he went home. I am still shattered but somedays are a little better. Our children, now 6 & 7 are coping a lot better as time goes on. I miss him so much. He was absolutely still my best friend and my love. Luckily our coordinator with the Arkansas chapter was a godsend and we made sure he had as much quality of life as possible. From his eye gaze to his custom built power chair, he was excelling with everything they provided us. He had so much control of everything he enjoyed because I could hook anything in our house that was wifi capable to his eye gaze. It was a game changer and he rocked it! I hate ALS so much but I thank God for the ALS Association. They are our heroes. God bless you all and my heart hurts for everyone affected by ALS. We have to find a cure, no one should have to live through the nightmare ALS causes. It's an evil disease and evil follows it. #ScrewALS!

God bless you and your children, Amanda. Your post made me cry because I lived the horrible ALS experience with my mom for almost 6 years. We lost her in 1999. Our family bonded but seeing her go through such loss of life, little by little, just broke me.💔 And what it did to my father is unbearable to think about. To all who are going through this, I pray that God gives you strength….and I pray for a cure.

I met Marcia at a national ALSA conference. When in our clinic meeting, she stated how hard it was to be the mother of a child with ALS, we all did a double take. She explained Eric was diagnosed at age 20, they were a few years out from diagnosis and were trying to found an ALS clinic. I believe everyone with an established clinic offered their help. I salute your continued work to stop this horrendous disease. We must continue the fight until we find better treatments, faster diagnosis, and a cure. Thank you.

My dad was diagnosed in 2018 and passed a couple of weeks ago. The society was so helpful throughout this process with everything from simple reach out, to Grant funds, to loaning equipment. You are doing great work and are greatly appreciated.

I have a son diagnosed for ALS last year 2020. But the symptoms he already had in 2019. He is a young, married 37 years old Electrical Engineer. He works in an international Cargo ship. One day he went home before the onset of the Corona Virus -19 feeling weakness on his feet . Then because of the Pandemic he was not diagnosed of the said disease only when the quarantine get relax that he was able to visit the hospital. He cannot stand and walk anymore . Everything he needs help in eating and getting up . We are really devastated by this disease. Our concern is he sometimes got hard of breathing and have heart palpitation. We provided him ready access of oxygen . Still we are looking for help ,assurance,and some moral support esp to those who have this disease. Maybe shared some experience of how to take care of it. Right now we are holding on on the power of God that someday he will hear our prayers and have miracle on my son Benjamin. The bible says it is not of the sin of parents or whatsoever that this happen but it is to know that there is God who control everything. Let us continue praying my brethren please keep me posted.

My husband has been battling ALS for over three years. He is in the palliative care stage now Please contact me for support
God bless you. Jill

My husband died of ALS in 2004. Being a nurse, I became his caregiver; I became very familiar with the disease and its progression. I understood little about ALS and knew that non-medical people would know even less. I eventually wrote a book documenting Bill's journey from a caregiver perspective. The name of the book is "A Journey Through Fire" on Amazon. God bless.

my Sister was diagnosed with ALS in 2019 passed away in 2020 Terrible disease horrible thing to watch a person faded away with no medication to help the only good feeling she never despair had a lot of strength and believe in God the Savior Hopping a cure is found soon.

My grandmother passed away from this dreadful disease 40 some years ago in her 70’s, my young sister at the age of 21 passed away 33 years ago. My uncle who is 69 was just diagnosed. Forever I thought if I didn’t think about this horrible disease it would just go away. I was scared to death to think about it or utter the letters ALS. Now that a third person in my family has been diagnosed I feel it’s time to start becoming more involved and knowledgeable about this. I pray every single day for a cure or some type of medicine to save our loved ones.

My deepest sympathies to you and your family. So sorry, Kelly.