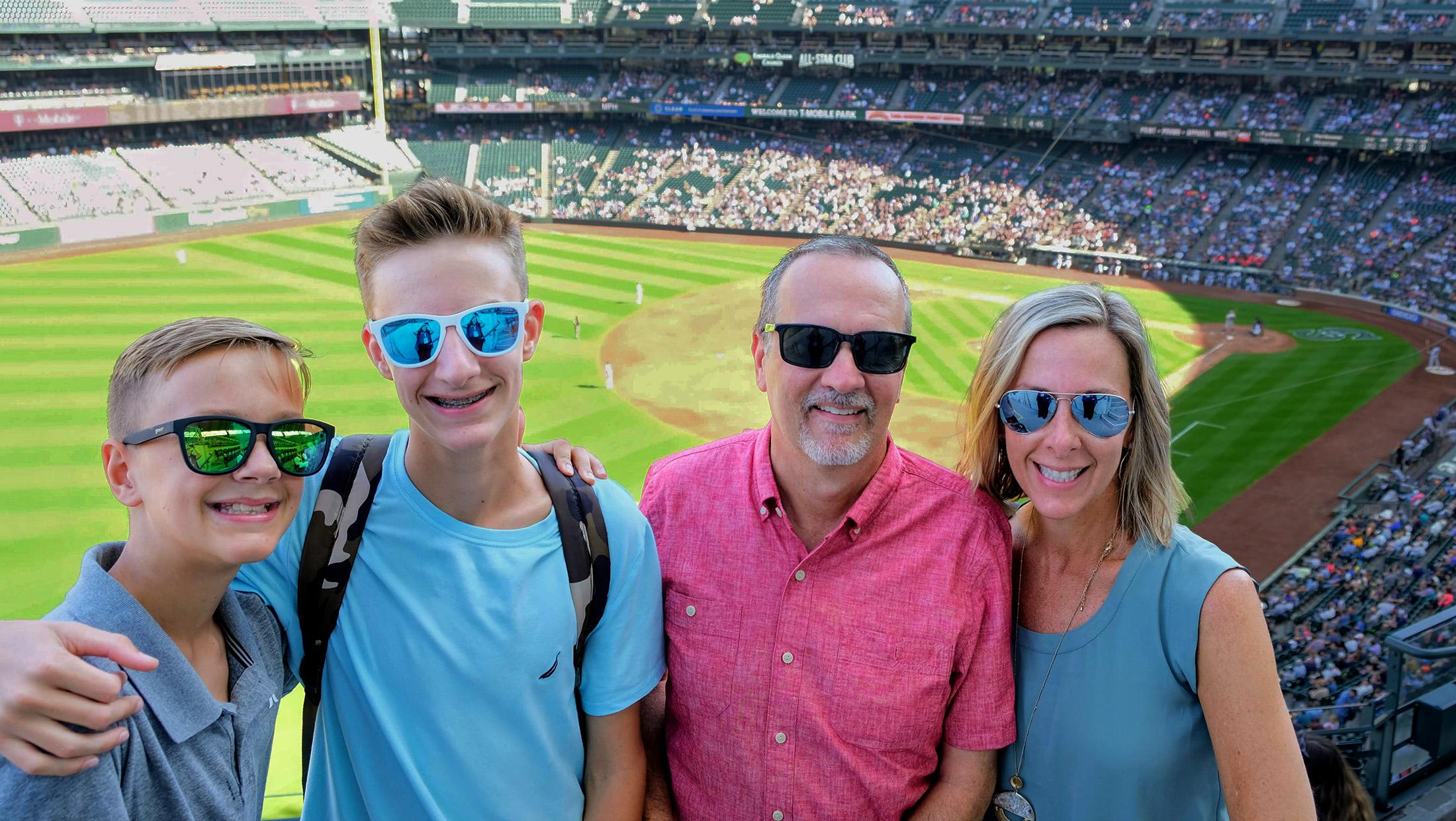 Today, in Major League ballparks across the country, fans will take part in the celebration of the second annual Lou Gehrig Day, an event to help spread awareness and raise funds for people living with ALS and their families. And no baseball fan is more excited than Larry Falivena.

When Larry was diagnosed with ALS in 2017, he and his family were devastated. Once the news set in, he knew he wasn’t just going to sit around waiting to see what his, and their, future held. “I decided that if my time is truly limited, I wanted to use it the best way possible,” he said. “So, the two thoughts in my head were: I want to do something with my family, and I want to do something that’s going to have an impact on the ALS community.” 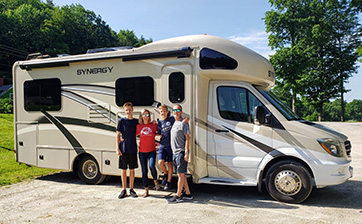 In the summer of 2019, he and his wife, Shana, and two sons, Quinn and Piersen, set off on an adventure. In a twenty six foot RV, they started what they called their “Iron Horse Tour,” in honor of Lou Gehrig. Their goal: to visit all thirty Major League Baseball parks across the country and spread awareness of ALS. Larry shared his various experiences throughout the tour on social media, visited with people living with ALS in some of the parks and shared his story with the media whenever he had the chance, including an in-depth interview with CNN.

While traveling around the country and attending the games, Larry said he was taken back to the nights when his dad would let him stay up late to watch Atlanta Braves games together. “My favorite player was Dale Murphy, and I became a life-long fan of the Braves,” he recounts.

At the end of the family trip while wrapping up their final game in Atlanta, Larry had the opportunity to meet Dale, and Dale gave him a signed jersey. Even though they were only able to talk for a few minutes, Larry says he felt like he was a kid again, and he still shows off that jersey to his friends to this day. 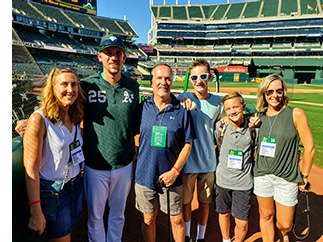 The family’s experience that summer impassioned Larry to do more. He joined the board of trustees at The ALS Association to help fight for people living with ALS. He also became part of the Lou Gehrig Day Committee and fought to make the annual event a reality. Last year’s inaugural Lou Gehrig Day was a tremendous success, garnering attention from major media outlets and fans everywhere.

This year Larry decided to take it a step even further. Working with The Association, MLB Players Alumni Association and Member for a Day, the partners are teaming up to raise money and awareness for two very important causes through once in a lifetime golf experiences.

Beginning today, Member for a Day is hosting an online charity golf auction complete with prestigious rounds of golf and sports legends, providing fans of all ages the opportunity to spend a meaningful day with one of their baseball heroes while raising more awareness and critical funds the ALS community so desperately needs. “These unique auction experiences will allow lucky fans to spend hours with a baseball hero instead of just a few minutes,” said Larry, “all while spreading more awareness of ALS and raising funds to help support our mission.”

Learn more about the Member for a Day auction and place your bid TODAY at go.memberforaday.co/lougehrig. Bidding on these unique opportunities will only be available until June 9th at 9:00 pm EST.