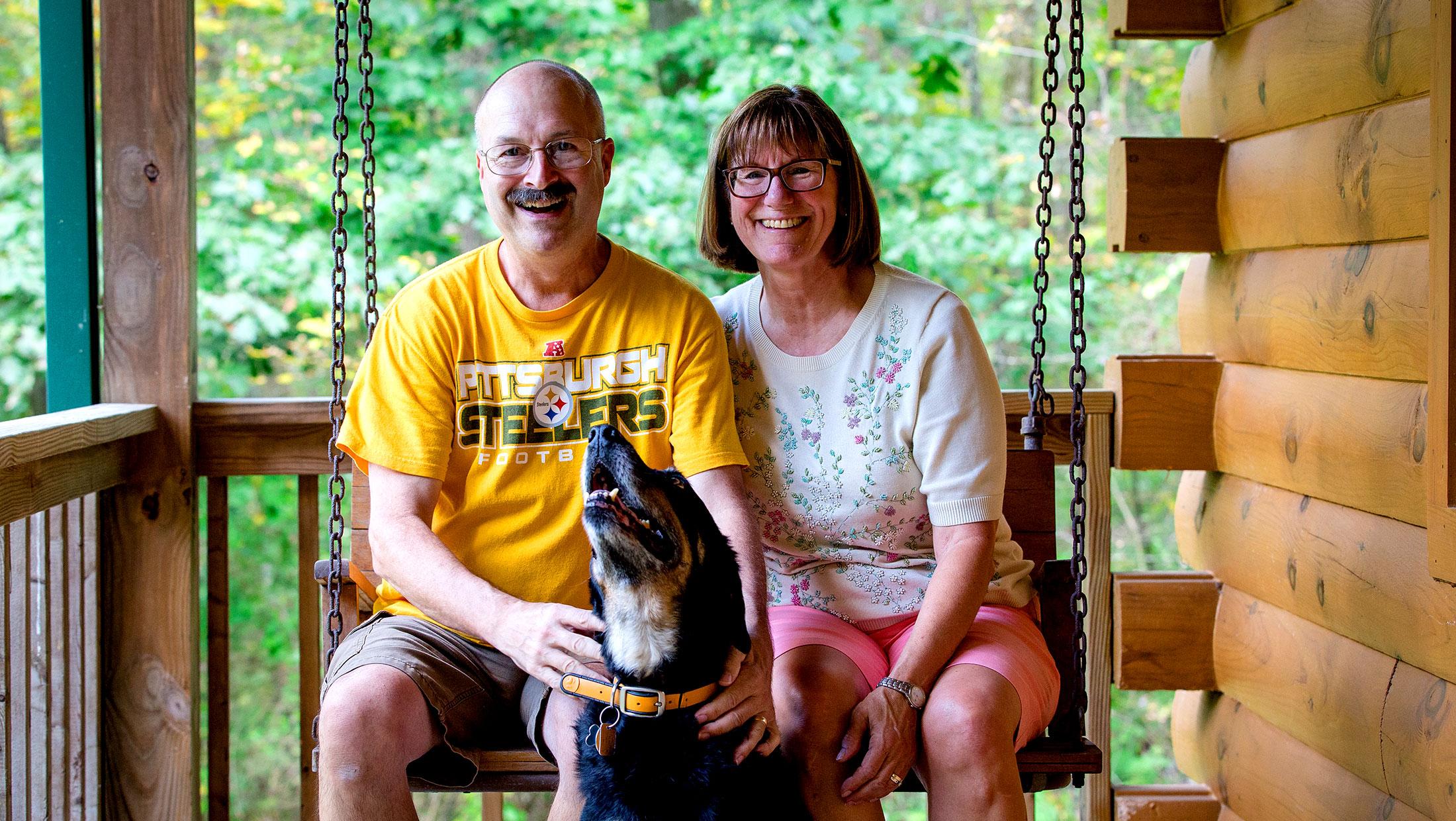 The ALS Association presents the ALS Hero Award each year to people in the ALS community, recognizing and paying tribute to people living with, or who have lived with, ALS who have made an indelible impact on the Association and the ALS community at large. Their inspiring stories demonstrate the amazing courage and determination they have, making a difference for people impacted by ALS and providing hope to those who need it most.

Brett and Jeannine Schoenecker were recently recognized as 2022 ALS Heroes during the Association’s annual Leadership Conference, held virtually again this year. Brett and Jeannine attended the conference and were present to graciously accept their award for the incredible work they have done in the fight against ALS.

This is the final story in a four-part series highlighting the 2022 recipients of The ALS Association ALS Hero Awards.

Before Brett’s ALS diagnosis, he was an electrician, an outdoorsman and a musician. His hands were his livelihood, creative outlet and unfortunately, the first part of his body to be affected by the disease. When he and his wife Jeannine learned of his diagnosis in 2018 and the devastating effects it often has on a person and their family, they realized their life was forever changed.

Brett and Jeannine decided to dedicate their time to finding a cure for ALS. Living by their motto, “every day is a good day,” they have used their unparalleled passion and work ethic to implement countless creative and effective initiatives to raise funds and awareness for the ALS community.

Social butterflies at every ALS community event, their goal is to connect with every ALS family and extend their support in any way they can, never shying away from an opportunity to spread awareness of the disease. Although being in the spotlight is not something they enjoy, they are always willing to do anything for the fight against ALS. At the 2021 Lou Gehrig Day game at PNC Park, Brett proudly threw out the ceremonial first pitch to help put a face to the disease. 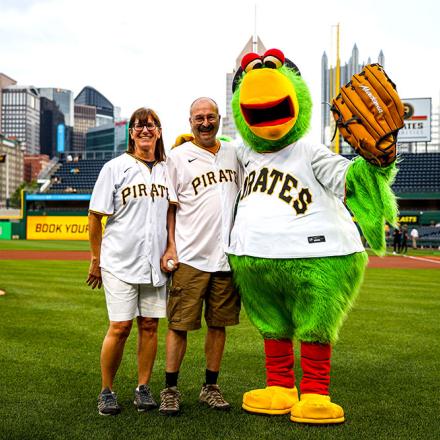 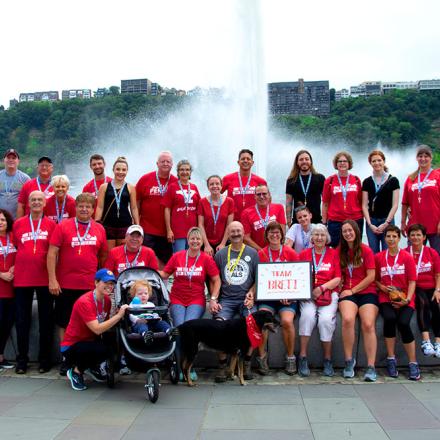 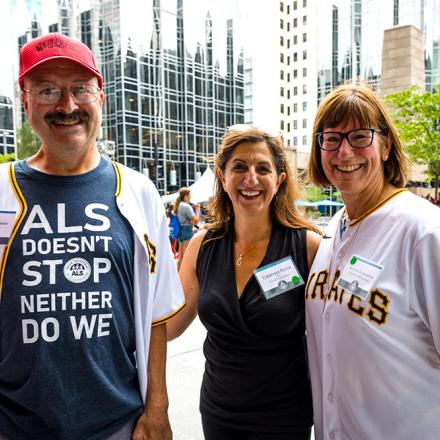 Brett attends every session of his local Chapter’s virtual support group, making it a point to engage and connect with all participants on the call. When he meets a new person living with ALS, he is quick to invite them to join the group, detailing the benefits and making them feel comfortable and welcome. He also started a blog about his life and journey living with ALS to help make ALS relatable to people unfamiliar with the disease and offer support to those who know it all too well.

Brett and Jeannine are staunch advocates, and both serve on several Chapter committees to help shape public policies impacting people living with ALS. While meeting with legislators, Brett often uses his time to not only share his story but that of a young mother and veteran who lost her life to ALS. He continuously demonstrates his selflessness and strength saying, “Jeannine and I have decided to dedicate our remaining time together to advocate for a cure for ALS, so that future generations will not have to wither and die from this devastating disease.”

The couple has also attended the Association’s National Advocacy Conferences since 2019 and participate in advocacy efforts on the state level as well. They have served on their Chapter’s Public Policy Committee since 2020 and take prompt action with any advocacy alert that comes their way, continuously sharing the importance of ALS Advocacy with others in the community to encourage their participation.

While he knows he may not benefit personally from the results, Brett actively participates in ALS research studies, including the Allegheny General Hospital’s oral Radicava trial and meeting with University of Pittsburgh research students in the Donnelly Lab to offer a perspective of the ALS experience from someone currently living with the disease. 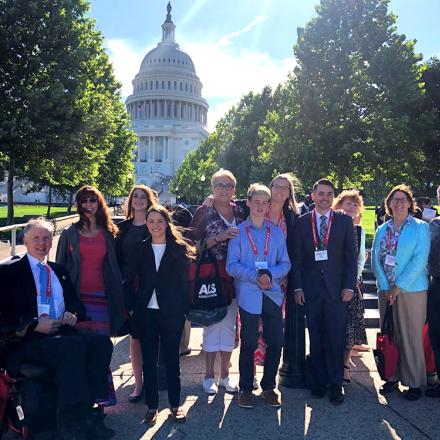 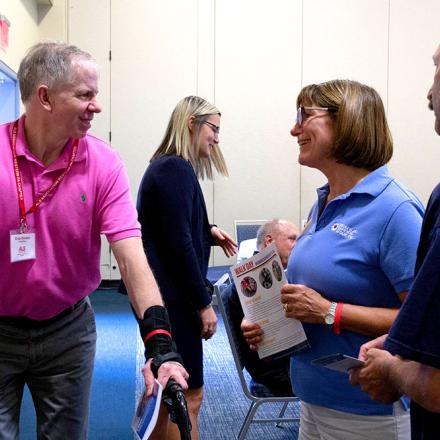 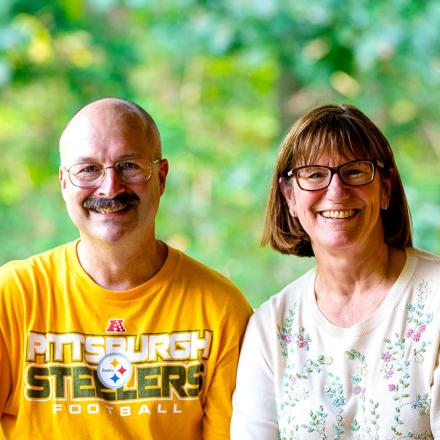 Recognizing the need for more funding for ALS research and care, Brett and Jeannine participate in every ALS fundraiser in their area, including the Pittsburgh Walk to Defeat ALS and CEO Soak. They have served on the local and national strategic planning committees helping to generate new ideas, establish best practices, and find new opportunities for Chapter development.

The couple’s support is unwavering, always willing to ask the magic words, “What more can we do?” They continue to be the eyes and ears in the ALS community, always looking for ways to help people impacted by the disease and ensure all possible efforts are being made to help bring us closer to a cure.

Selfless, funny and great at trivia, Brett and Jeannine are determined to make every day a good day - for them and for others. They are true ALS heroes.

Special thanks to Brett and Jeannine Schoenecker and the team at The ALS Association Western Pennsylvania Chapter for allowing us to share their inspiring story of their fight against ALS. To continue to follow stories from people in the ALS community and to learn more about the disease, follow our blog at als.org/blog.

My aunt lives in East Millsboro, PA and was recently diagnosed with the bulbar form of ALS. Her symptoms started in her leg and have progressed also to her airway. She has trouble talking and has already had pneumonia from it. She can eat but swallowing is hard. She was diagnosed in February and we don’t know how rapidly this will progress. With you all being in PA (I think she even went to Allegheny hospital for an appt), I would love for her to connect with you guys. Let me know and I can give you her info. Thank you. God bless you for you inspirational strength and I will add you and your family to my prayers.

I’d be happy to help if I can

Loved reading about Brett and Jeannine-very inspirational!
I have a darling beloved sister in law recently diagnosed ,and I want to learn about any opportunities that she could have such as treatments, clinical trials etc.
We all participated in the walk last year and we want to know of any other ways we might help .
Thanks so much !

Hi Kate. So sorry to hear that ALS has touched your life.

Your local ALS Association chapter can help you find care and involvement opportunities near you. Find their contact information at als.org/chapters.

You can also find ways to get involved on our website here: als.org/get-involved