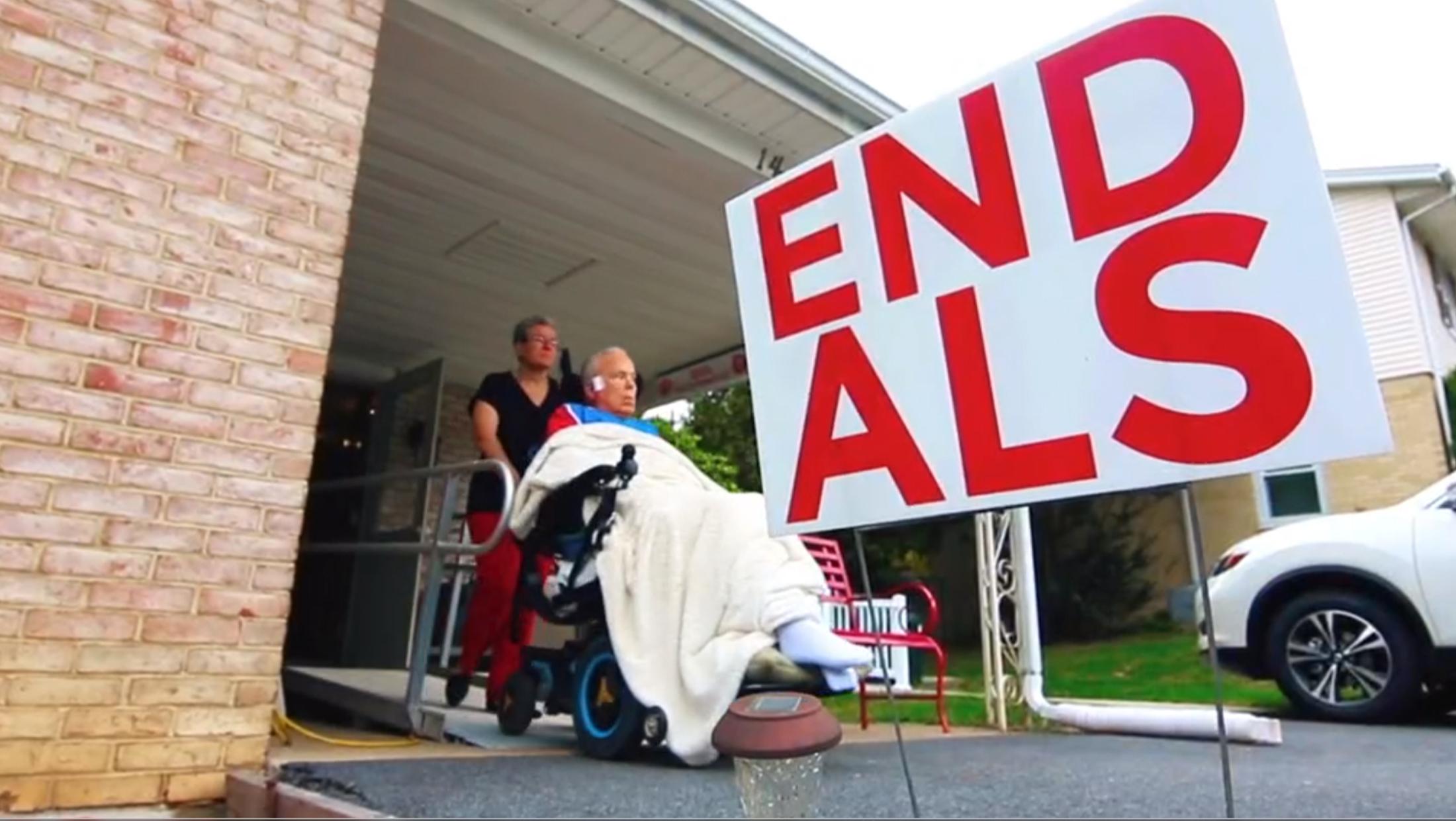 Peter and Lura Sawyer were recently recognized as 2022 ALS Heroes during the Association’s annual Leadership Conference, held virtually again this year. Peter and Lura attended the conference and were present to graciously accept their award for the incredible work they have done in the fight against ALS.

This is the third story in a four-part series highlighting the 2022 recipients of The ALS Association ALS Hero Awards.

Peter Sawyer of Mechanicsburg, PA is a military veteran and has been living with ALS for five years. Together with his wife and caregiver, Lura, they are tireless advocates for the Association’s mission and exemplify true ALS heroes.

Alair Altiero from the Association’s Greater Philadelphia Chapter sums up their participation best: “I know firsthand that it takes many heroes to help ALS families,” she said. “Lura and Peter are extraordinary leaders: contacting their legislators both in-person and virtually in D.C. and Harrisburg and thereby making a huge impact on ALS awareness and understanding the need for support for this disease.” 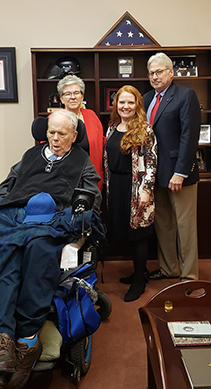 In celebration of Veterans Day in 2018, Peter, a Vietnam veteran, was featured in a profile story around the increased incidence of ALS in the veteran population. The Sawyers consistently raise awareness of the fact that people who have served in the military are at a greater risk of developing ALS and dying from the disease than those with no history of military service.

Most recently, Lura and Peter’s advocacy efforts were instrumental in securing increased state grants for ALS care in Pennsylvania of over $1 million annually and their local email and social media efforts proved to be key for The ALS Association’s impact leading to the signing of ACT for ALS into law on December 23, 2021. “That law is proof that what we do matters,” note the Sawyers. Even though Peter is currently not eligible for drug trials, the Sawyer’s selflessness reflects their determination through their own words: “This may not help Peter, but it will certainly help those who follow.”

ALS not only affects one’s health, but also the quality of life and financial security for those impacted by the disease, a key motivator for the couple’s advocacy efforts. “Our legislators are often unaware of how much devastation ALS can cause and awareness is key,” says Lura. In 2021, her virtual ALS Advocacy Day meeting with Pennsylvania State Representative, Madeline Dean, left an incredible mark on the legislator, who went on to cosponsor ACT for ALS and champion increased funding for ALS research. “I know we were heard,” Lura said. 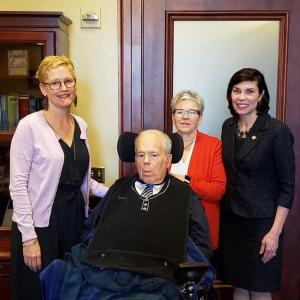 Lura also vividly recalls a similar positive meeting with Pennsylvania State Representative and House Speaker Bryan Cutler, who lost both his parents to ALS while he was in his early teens. When the Sawyers faced challenges navigating the narrow elevators in the Pennsylvania State Capitol, it provided an educational moment for State Senator Pat Browne, who met them in the hallway instead of her office and went on to lead the fight for increased ALS care funding. After being inspired by their story, U.S. Senator Bob Casey recognized Lura and Peter for their advocacy efforts during the Chapter’s Virtual Annual Celebration in 2020.

In addition to her role as Peter’s full-time caregiver, Lura is working on her degree in social work and ultimately wants to use her skills to advocate for caregivers, and to secure funding for services which offer the tools in-home nurses and aides need while caring for someone living with ALS. Bed or wheelchair bound, Peter needs the aid of a ventilator, speech device and suction, and must be showered and lifted in and out of bed. The Sawyers credit The ALS Association and their team at the Penn State Hershey ALS Clinic and Research Center with providing the support they need so they can continue their advocacy work despite these constraints. 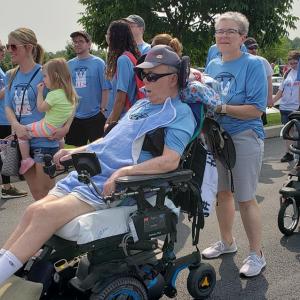 The Sawyer’s Hershey Walk to Defeat ALS® team is one of the highest grossing each year and they are among the founders of Let Hope Grow, a community garden of hope with a special plot for the ALS community on the grounds of the Hershey Medical Center.

In 2020, Lura and Peter also won the Chapter’s Flame of Hope Award in Advocacy. Their fight is personal, and they don’t hesitate to share it with anyone. Their consistent focus on raising awareness of ALS is even depicted in a sign in the front of their home that says “End ALS.”

“We encourage others to join. We love advocating because we often meet people from across the country either in person or online and feel a true connection. We are involved to represent all those who live with ALS. We want to be their voice. We will be involved with ALS to the very end until a cure is found. We are most proud of what we have stepped up to do over the past seven years. We never thought we would be ‘those people’ who made a difference in the lives of others to this extent.”

Yes, Lura and Peter, you are “those people” who inspire others to do whatever it takes to make ALS a livable disease.

Special thanks to Peter and Lura Sawyer and the team at The ALS Association Greater Philadelphia Chapter for allowing us to share their inspiring story of their fight against ALS. To continue to follow stories from people in the ALS community and to learn more about the disease, follow our blog at als.org/blog.