Mark Johnson: Doing Whatever It Takes to Fight ALS 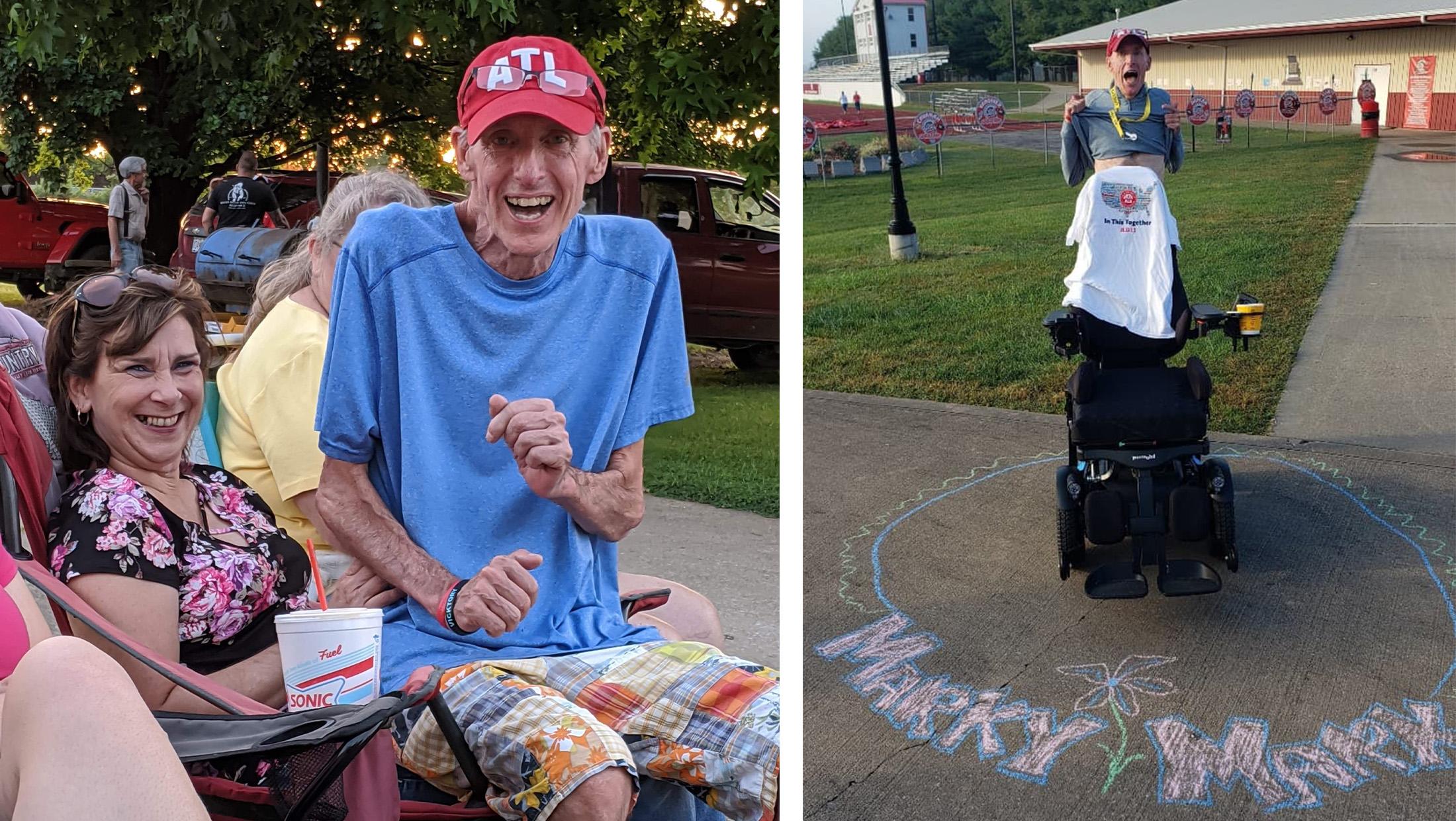 People impacted by ALS around the country continue to do whatever it takes to fight this terrible disease. Their inspiring stories demonstrate the amazing courage and determination they have, making a difference and providing hope to those who need it most. Mark Johnson is one such person.

Since Mark’s diagnosis in 2000, he has been committed to the fight against ALS on many levels. Over the past 21 years, he has advocated locally at the state level and nationally on Capitol Hill. He’s volunteered at innumerous events with The ALS Association Mid-America Chapter and served on the Chapter’s board and Services Committee. All who know him say his ALS diagnosis does not define him, instead it motivates him to do more and to give hope to others.

Shortly after he was diagnosed, Mark joined up with the Association’s Georgia Chapter to begin advocating for policy change for people living with ALS, attending the chapter’s advocacy conferences both in 2003 and 2004. He later relocated to a small town in Missouri to be near his parents as his disease began to progress.

Once in Richmond, he connected with the team at the Mid-America Chapter, determined to continue fighting for people living with ALS. He attended The ALS Advocacy Conference in 2006, where they advocated to establish the National ALS Registry at the Centers for Disease Control and Prevention, and to enact the ALS Registry Act.

Mark and his father, Lea, became members of the Chapter’s Services Committee which directed various programs and services including education, awareness and advocacy. In 2008, they coordinated the statewide advocacy efforts and district office visits to legislators in the Chapter’s tri-state service area -- Missouri, Kansas and Nebraska.

Understanding the importance of advocating for the ALS community, Mark also recognized that raising awareness and funds to support research and care was equally important. Supported by his father and brother, Scott, they started a local walk for the chapter, the Richmond Walk to Defeat ALS®, and continue to take leadership roles organizing and planning the event each year. Although Richmond is a small town with a population of just over 6,000 people, they have been able to raise more than $136,000 to help the community.

Mark not only volunteers but has also made it his mission to help newly diagnosed patients and is always willing to be a point of contact for anything they may need. He has led support groups in Richmond and recently, when a friend was diagnosed in 2021, Mark went with him to his clinic visit to help him navigate the disease. He continues to share his knowledge and experience living with ALS to provide comfort, support and hope for all those he meets.

Special thanks to Mark and the team at The ALS Association Mid-America Chapter for allowing us to share the story of his personal journey living with ALS.

To continue to follow stories from people in the ALS community and to learn more about the disease, subscribe to receive our weekly blogs in your inbox HERE or follow us at als.org/blog.

Tremendous testimony of living each day so they become months and years of friendships and support.