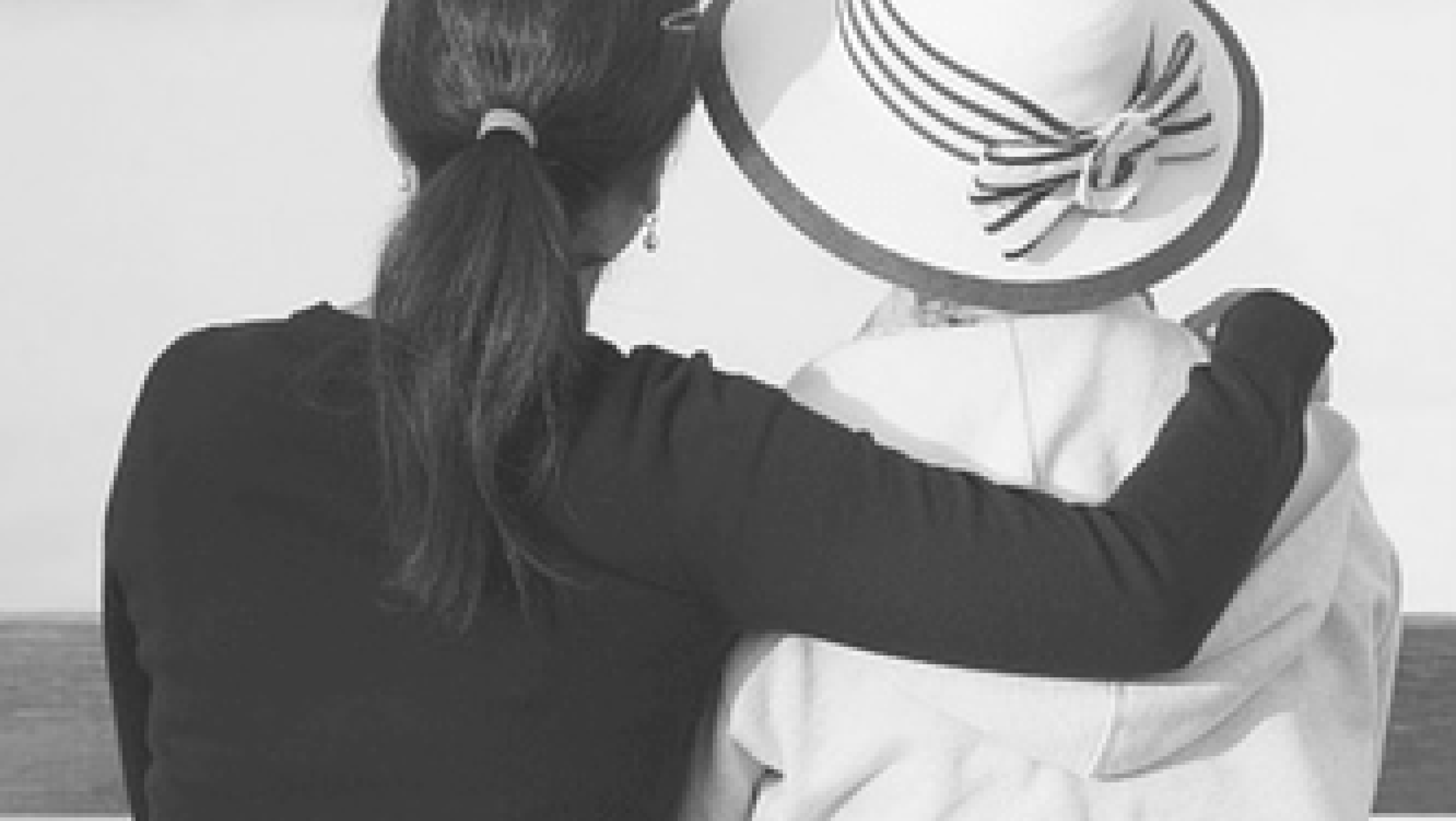 Tessa Shull is a personal assistant to two toddlers, a wife, and a social media specialist/writer who resides in the heart of America, Kansas City. Her mother was diagnosed with ALS in 2015, and since then, it’s been important to find a way to continue making a difference, for both her and her mother, despite the disease. You can check out more of Tessa’s writing on her family and lifestyle blog, homemadeexperience.com.

I put it off as long as I could. I buried myself in friends’ lives, picked at frivolous problems and attended an excessive amount of events. I traveled for three weeks straight. I caught up on every T.V. show I’ve ever enjoyed. I cleaned and organized my entire home. And I sorted through every piece of clothing my children own, which took a full three days in and of itself.

I can’t altogether explain why I kept putting it off, but I can put my finger on a few reasons that contributed. And for those of you dealing with something heavy in your life, I’m sure you can relate.

My mother was diagnosed with ALS. ALS is a disease that, as of right now, cannot be cured. It is considered 100% fatal according to The ALS Association.

My beautiful, sweet mother, who raised me, taught me so many life lessons, laughed with me, cried with me, yelled at me, bent over backwards for me, grounded me, stood up for me and never missed a defining moment in my life, may leave earlier than I’m ready for her to go. She may never get to see her innocently unaware grandchildren grow up, and she may not live into her 90s, dancing and antiquing and caring for those around her like she’d always planned to do.

In 2014, so many individuals participated in the ice bucket challenge to raise awareness. People wanted to experience, if just for a second, the “feeling” of having ALS. Friends challenged each other, they laughed, they made YouTube compilations of buckets dropped on people’s heads, they donated and moved on with their lives. It was a lot of fun and games, many laughs, and it all went to awareness and the fight against ALS.

This year, I hope we can bring just as much awareness and help those fighting against ALS, but my wish is for you to consider something a little different. Here’s why…

My mother’s dedicated many of her years to health and general health awareness–her health, the health of family and friends and the health of her patients and clients. She was diagnosed with breast cancer in her 30s, fought through it, survived and changed not only her life, but the lives of so many people she came into contact with. She eats organically, rarely uses or ingest chemicals, frequents farmers’ markets, takes Standard Process supplements daily, attends church and volunteers weekly, heads to the chiropractor, massage therapist, hyperbaric treatments and more, religiously. Her motto is to put effort into taking care of yourself now or pay (literally and figuratively) for it later. She’s wise, she’s persistent, and she’s the healthiest person I know–mind and body. Which is why it’s such a cruel twist of fate to have an unpreventable, invariably fatal, neurological disease bestowed upon her. It truly is the definition of unfair.

Last week, my mother closed down her office. As we cleaned and those who came to help walked out the door with the final items occupying her sanctuary, my mother and I shared a look across the room. Because I can no longer call my mom, because she cannot converse out loud with me anymore, I cherish looks. I walked across the room, bent over and hugged her as she cried, small and fragile. I knew, without a single word, that was one of the hardest things she’s ever had to do. And I am so sorry.

Afterward, as I drove alone along a familiar highway, I started crying, too. It was abrupt. It was a calm cry–I didn’t pull over on the side of the road to sob, there was no ‘ugly’ involved, I didn’t even reach for the tissues–but it was relieving. It was the first amount of solace I’ve felt, and it was simply because I’d come to the realization I wasn’t mad anymore. After months, just like that, I was no longer stuck in the stage of grief filled with irrational anger. It was also, coincidentally, April 30, the day preceding ALS Awareness Month. Because such is life.

As the feeling of solace swept over me, I realized I didn’t just want people to dump a bucket of ice water on their heads. I thought about all of the people my mother feels she’s letting down. I thought of all the people she feels like she was put on this earth to help. I thought of the voice she no longer has to share her knowledge of health and encouragement to those who need it and the strength she no longer possesses to physically help her clients and patients. I mourned over everything she’d worked for and dreamed of, all the plans she’d made and discussions we’d had about helping others. I worried her life was being taken away before she’d even really started. And then another feeling set in… determination.

As my mother struggles through the woes of ALS, I want to ask your help. I don’t want money (although donating to The ALS Association is a wonderful bonus), I’m not asking you to dump a bucket of ice water on your head, and I don’t want you to feel sorry for anyone. I want you to do one simple thing because of my mother:

Do one simple thing to help your health. Whether it be heading to a Farmers’ Market, planting a few herbs, getting a massage, going to a Yoga class, giving up soda or just driving past the fast food restaurant and making dinner at home. Do one thing. Tell others to do one thing. Share this. Take a photo or type out a few words and send them to me or hashtag #AlwaysLoveSelf, so I can pass along the difference my mother continues to make despite ALS.

I will not let ALS stop my mother from making a difference in people’s lives. In fact, I’m making it the cause. We need to raise awareness, we need to continue the fight, and I will. Always. But from now on, to me, ALS stands for Always Love Self, because that’s the everlasting legacy my mother’s created.

Help us pass it along.

I recently started stretching more, exercising regularly, and Idabble with yoga. ALS. Always love self. My mother died 4 years ago from Bulbar ALS and I relate to every word of yours in your beautifully written piece I just read. I miss my mother every single day and tears are streaming down my face as I type.

My mother has Bulbar ALS. I QUIT WORK 5 years ago to take care of her. I am a 56 year old single male and my 401K Is depleted and my Social Security contributions stopped then. I am concerned but I love my mother more than life. I pray God will honor my decision and somehow do a miracle on my behalf. I have no regrets about my decision. It is a tough road being the caregiver but worse for my sweet mother. My parents are my life.

My mom was diagnosed in 2019. Then told it was a misdiagnosis. Then again told she has ALS. I am currently at the crying out of the blue stage. Mostly in my. Thank you for this.

I felt like you were describing my mother, and my feelings. I just lost my mother from onset-bulbar and I’m devastated. I’m also mad at this horrid disease. I want it gone, cured, I want no one to suffer like she did. How it stole everything from her. But I also am thankful I got to take care of her all the way to the end, just like she did in my beginning. I will miss her hugs, kisses, smell, head rubs, advice, voice, scoldings, laugh, love, and most of all - HER.

My mom was diagnosed a year ago, she was only 46. Im 24, my younger sister 21… I always just assumed she would grow old, and there would be so many more memories. I feel like what I always pictured my life being has been ripped away from me, and it’s so difficult for me to caregive for her when my angel of a stepfather needs time away. I feel anger, resentment, devastation, heartbroken. Her progression in the last year is unfathomable, she can no longer walk, talk, eat. All in the span of a year. I feel like I don’t even recognize her anymore, and sometimes I just want it to be over. Grieving someone you love while they’re still alive, grieving who they used to be and all that was taken from them so quickly, has to be the hardest thing I’ve ever gone through at my young age. No one deserves this. I feel so lost.

Sierra, so sorry you are going through this. My heart goes out to you and your family.