ALS and a Friendship Rekindled 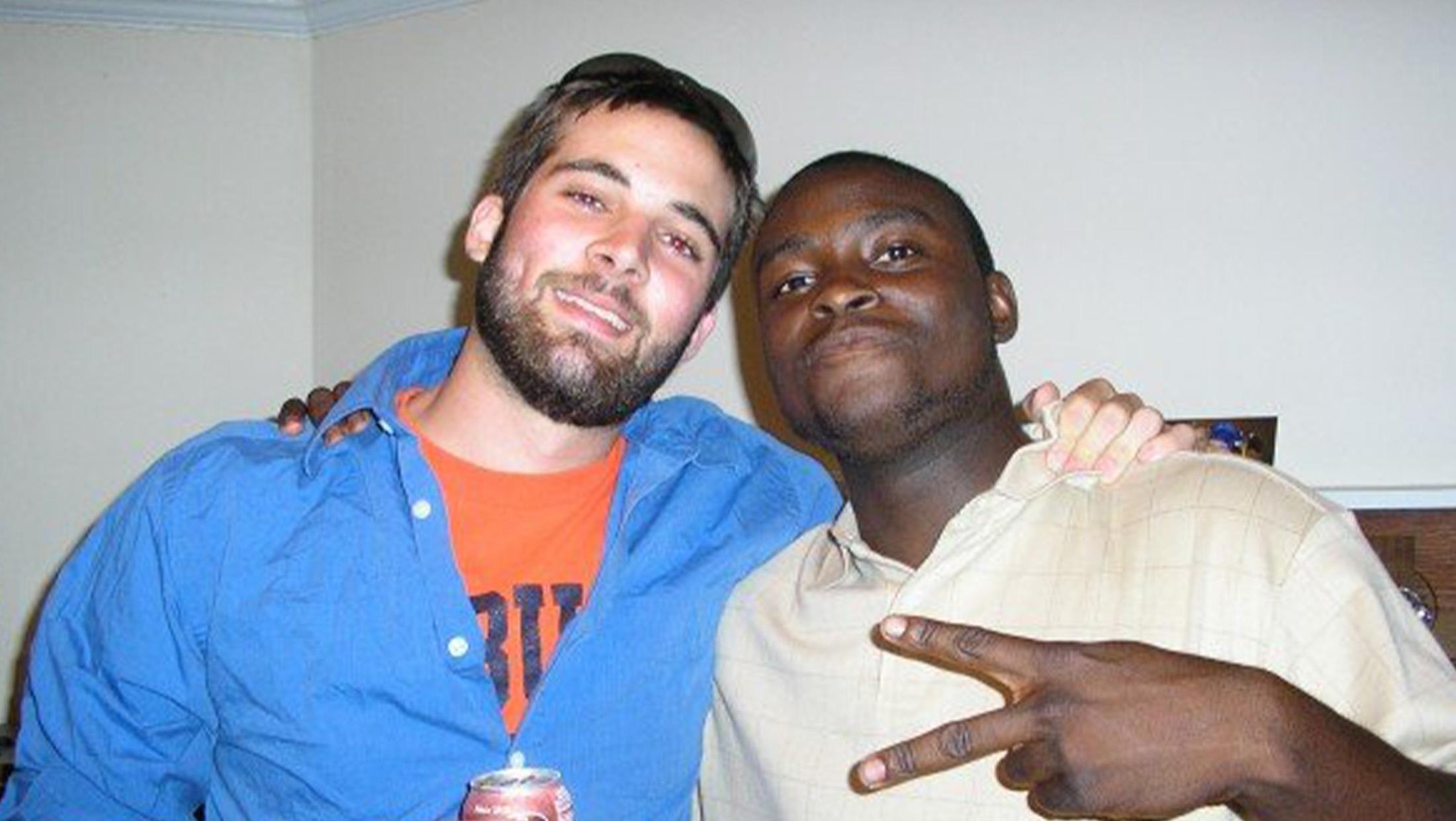 The bonds of childhood friendships can be strong, even when there are many years and often miles between the times when friends were once inseparable. There is just something about the indelible ties you make as you grow up and are just getting to know yourself that make them somehow feel stronger.

Cole Thompson and Lamar Woody have been friends since the seventh grade, although Cole readily admits he had lost touch with his friend after college. Cole moved away from Auburn, Alabama, and life took him and Lamar in different directions. Then one day Cole saw a GoFundMe page someone had created for Lamar and his family after Lamar was diagnosed with ALS. “From there, Lamar and I started chatting again on Facebook, and rekindled our friendship,” Cole says.

Cole tries to see Lamar and his wife Kristina—who he has also known since childhood—at least once or twice a month, and he and Lamar text regularly even when Cole is home in Atlanta, reconnecting was easy. “Lamar, Kristina and (their daughter) Natalie are some of the best people I know,” says Cole. He remembers how popular Lamar and Kristina both were in high school. “They were always super positive, and people enjoyed being around them. They haven't changed who they are from what I can tell. On the outside, you would never know what they are going through.”

The Woody family is indeed experiencing all the challenges ALS brings when facing the disease. Cole admits that he had some learning to do about ALS and what his friends were going through. “I didn't know much, if anything, before I found out about Lamar's diagnosis,” he said. “I knew ALS was bad but didn't know how bad. I wanted to learn more and see how I could help.”

As he has learned, ALS is a disease that takes a toll on everyone it touches, and it has been difficult for Cole to watch his friend struggle. He remembers Lamar as being so strong he could easily flip his 200-pound frame on the ground when they wrestled. He has witnessed ALS slowly take that strength from his friend. “Mentally he's still very sharp, but ALS has definitely affected him physically,” Cole says. “He has trouble eating and keeping food down. He has trouble walking and often has to use a cane or wheelchair.”

While Lamar and his family have a wonderful support network around them, Cole has found ways he too can support his friends. “I try my best to be there for him as a friend and offer him encouragement. I'm pretty sure he encourages me more than I have encouraged him,” Cole says. “I also try to support him when I can financially. The medicines and treatments for ALS are very expensive. I don't know many people that would have the money to cover the medical expenses, and the Woody's often have to defer or decide to not do a treatment that he needs because of how expensive it is.”

The ebb and flow of any friendship is a unique thing, and Cole never imagined that ALS would be the thing that would bring him back into the lives of the Woody family. But sometimes, what you need when facing a challenge, are the people who have been there for you before.

Special thanks to Cole Thompson for sharing his thoughts and experiences with ALS the community. We are continuing to share more each week about the Woody family and their everyday life living with this disease, and we hope you will follow along and share with your family and friends.

We Want to Hear from You!
Your feedback is important to us. Please let us know what you think about our blog – take this short survey and provide your input and feedback.
Share Feedback
Like 0
Dislike 0