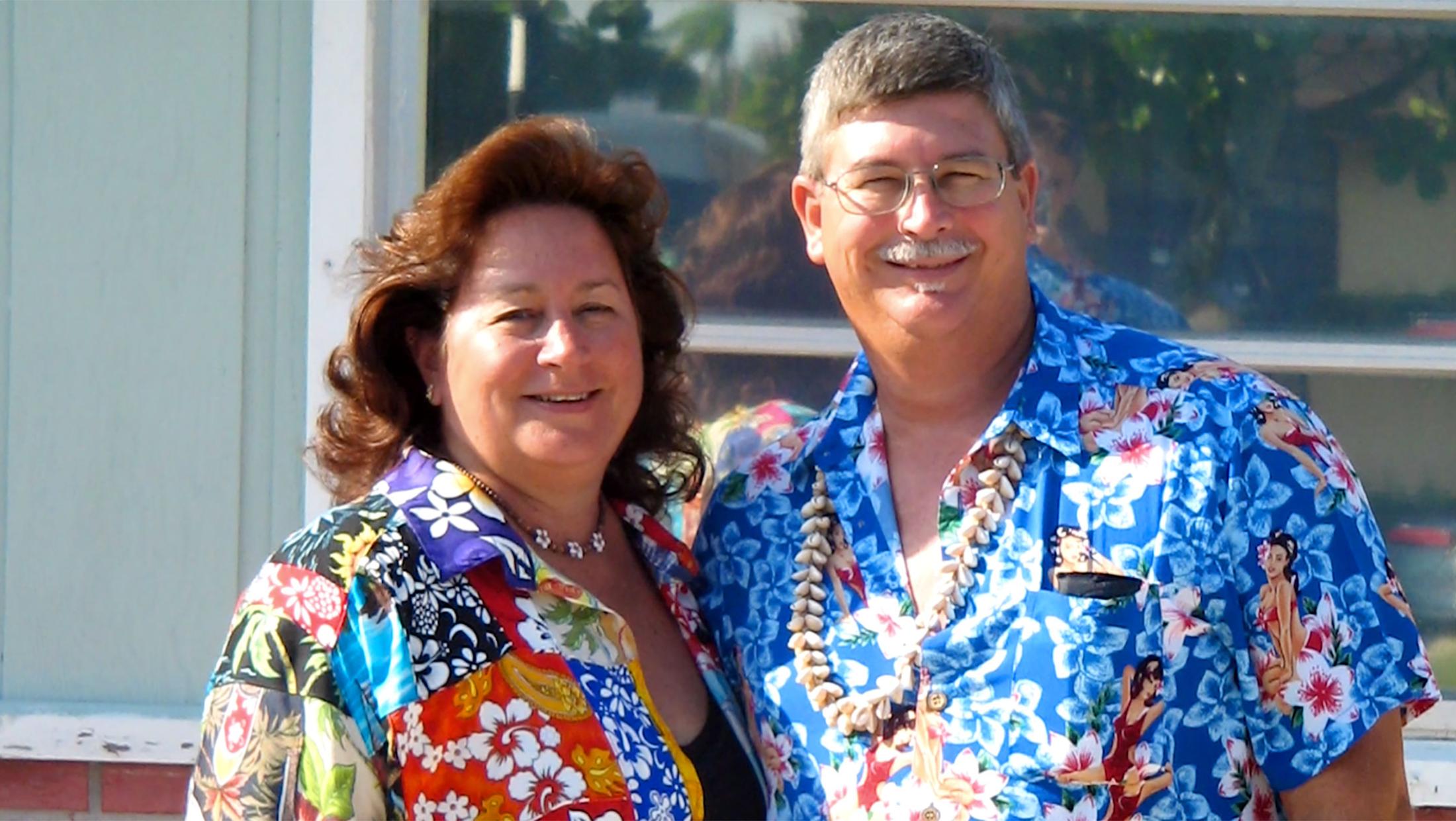 Two days before her birthday in January 2018, Susan Hoerber was diagnosed with ALS. “I was symptomatic for about four years. I knew there was something terribly wrong,” she said. Susan first noticed her symptoms when she struggled to hold a fishing pole. “I was an avid fisherman and outdoors person,” she said. “That's the first time I got kind of scared and I went to the neurologist.”

Her diagnosis took several years of tests and ruling out other possible conditions. “I tried to stay active, but I kept getting worse and I would have bad falls,” she said. It is her inability to stay as physically active as she once did that frustrates her the most.

“I used to be fearless. I mean, I traveled. I hiked Machu Picchu. I skied down the Swiss Alps. I've surfed in Mexico for months. And I was always fearless. But ALS, it'll knock you to your knees,” she said.

Susan’s husband Doug is her main family caretaker. “I have a wonderful husband and he's been a trooper. He gets me up in the morning and dresses me and takes me to the bathroom. We use a Hoyer lift. And he does that, puts me in my wheelchair,” she said.

Her adult son Benjamin also helps out a lot at home and with The ALS Association Florida Chapter. “My son is a godsend,” she said. “He graduated from college with two degrees, one in Chinese and one in Internal Affairs. Before my diagnosis, he was always traveling, teaching at a China university for a year. When I was diagnosed, he decided to come home and help for a while. “It's devastating on the family.”

While Susan is grateful for the care her family provides, she talks about not wanting to feel like a burden to them. “I try to not be a hardship, but what can you do? You can't move, so somebody's got to feed you and somebody's got to wheel you. I got a wheelchair, but then when I lost the use of my hands, I could not drive it anymore,” she said.

That constant change and loss of ability creates additional frustrations.

“Just when you think you've mastered something such as getting in and out of the bathtub, you progress a little further and you have to learn all new tricks. When I was feeding myself, I got the utensils that were best so I could get it up to my mouth easier, but then you lose that. And you try to walk as long as you can and people say use it or lose it, but when it progresses to a stage where your ankles are no longer able to be in a neutral position, you reach up, you're going to fall and hurt yourself. So it's just constantly changing. Once you think you've got it down, you have to learn something new,” she said.

Susan says she draws inspiration from the Emily Dickinson poem, “’Hope’ is the Thing with Feathers.”

“Hope goes on,” she said. “I signed up to donate my brain and spine to the University of Miami. And I don't know if there's hope for me, but hopefully, I have hope that I can help somebody else.”

Susan also said she draws strength from her ALS Association support group. “My fellow Floridians in my support group, they are a godsend. You could have the toughest day, but when you're together, you have support and you will come out smiling. You may cry at first because somebody's passed. We've lost four people in one year from our group, but still, we joke and we support each other,” she said.

Susan has tattoo on her cheek of a blue cornflower, which is an international symbol for ALS, and which she uses to help spread awareness of the disease. “A lot of people look at me and think I suffered a stroke or something. So either they'll shy away and won't look at all at you or they'll look at the tattoo and say, ‘Oh, you had your face painted.’ And then I get to say, ‘No, it's a tattoo; and it's a blue cornflower which is the symbol for ALS.’ And then they'll say, ‘What's ALS?’ And it's amazing how many people don't know.”

Since we last sat down with Susan and her husband at National Advocacy Day in DC last June, Susan’s condition has continued to progress. She has lost the ability to speak legibly and has had to upgrade her mobility into a power wheelchair. Thanks to the advancement in technology and the support of many of our partners and her ALS clinic, she is learning to drive her power wheelchair using just her eyes, enabling her to regain a little more of the independence she has lost. “You have to keep fighting the beast. It not only takes courage to keep fighting but also funds to finance further research, technology, and support for those that suffer from ALS,” she said.