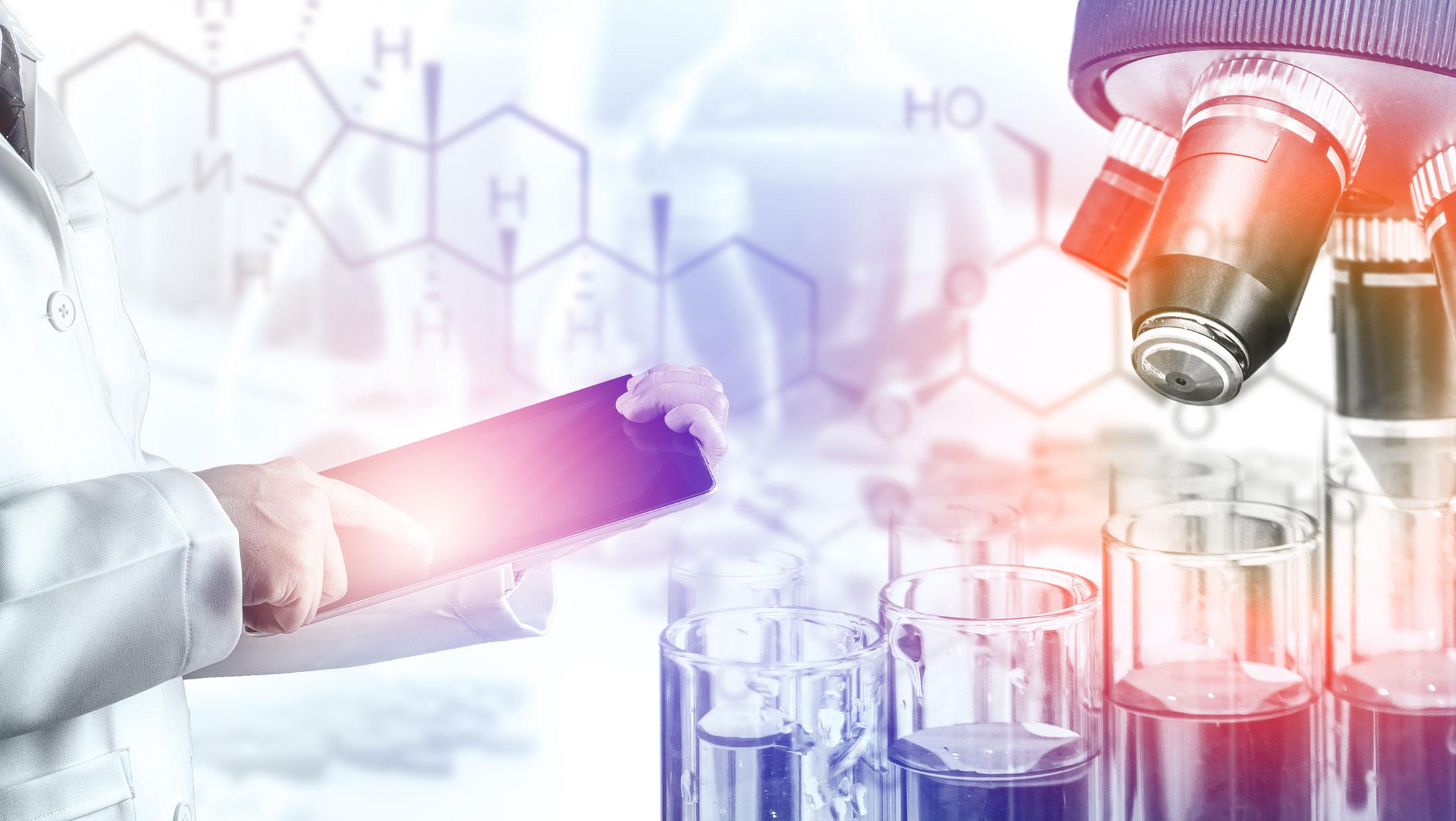 Washington, D.C. (April 14, 2021) – Following the lack of action by the FDA to expedite approval of AMX0035, an experimental treatment for ALS, The ALS Association today called on the agency to follow its own guidance and move with the urgency of its Canadian and European Union counterparts. Health Canada and the European Medicines Agency (EMA) are working with Amylyx, the company that makes AMX0035, to move the treatment toward approval.

The FDA has the ability to align with other advanced countries and make AMX0035 available to all Americans with ALS quickly. The FDA’s December 2019 draft “Demonstrating Substantial Evidence of Effectiveness for Human Drug and Biological Products Guidance for Industry” (Effectiveness Guidance) includes specific recognition (p. 10) that under certain circumstances, “FDA can conclude that one adequate and well-controlled clinical investigation plus confirmatory evidence is sufficient to establish effectiveness.” The Effectiveness Guidance goes on to note certain factors the FDA may consider including “the seriousness of the disease, particularly where there is an unmet medical need” in relying on the data from a single study plus confirmatory evidence.

Amylyx published results of its phase 2 trial of AMX0035 in September 2020 showing that the treatment has a significant effect in slowing the progression of ALS. A follow-up publication demonstrated that the treatment also increases survival by at least 6 months. These benefits are on top of our current   standard of care for ALS, with drugs like riluzole and edaravone.  ALS is a neurodegenerative disease that is always fatal, usually within two to five years.

“Americans living with ALS deserve the same access to potentially beneficial treatments that Canadians and Europeans will likely have,” said Calaneet Balas, president and CEO of The ALS Association. “We have asked the FDA to approve AMX0035 as soon as possible. So far, those calls have been ignored. The delay is impacting the lives of thousands of Americans living with ALS.” 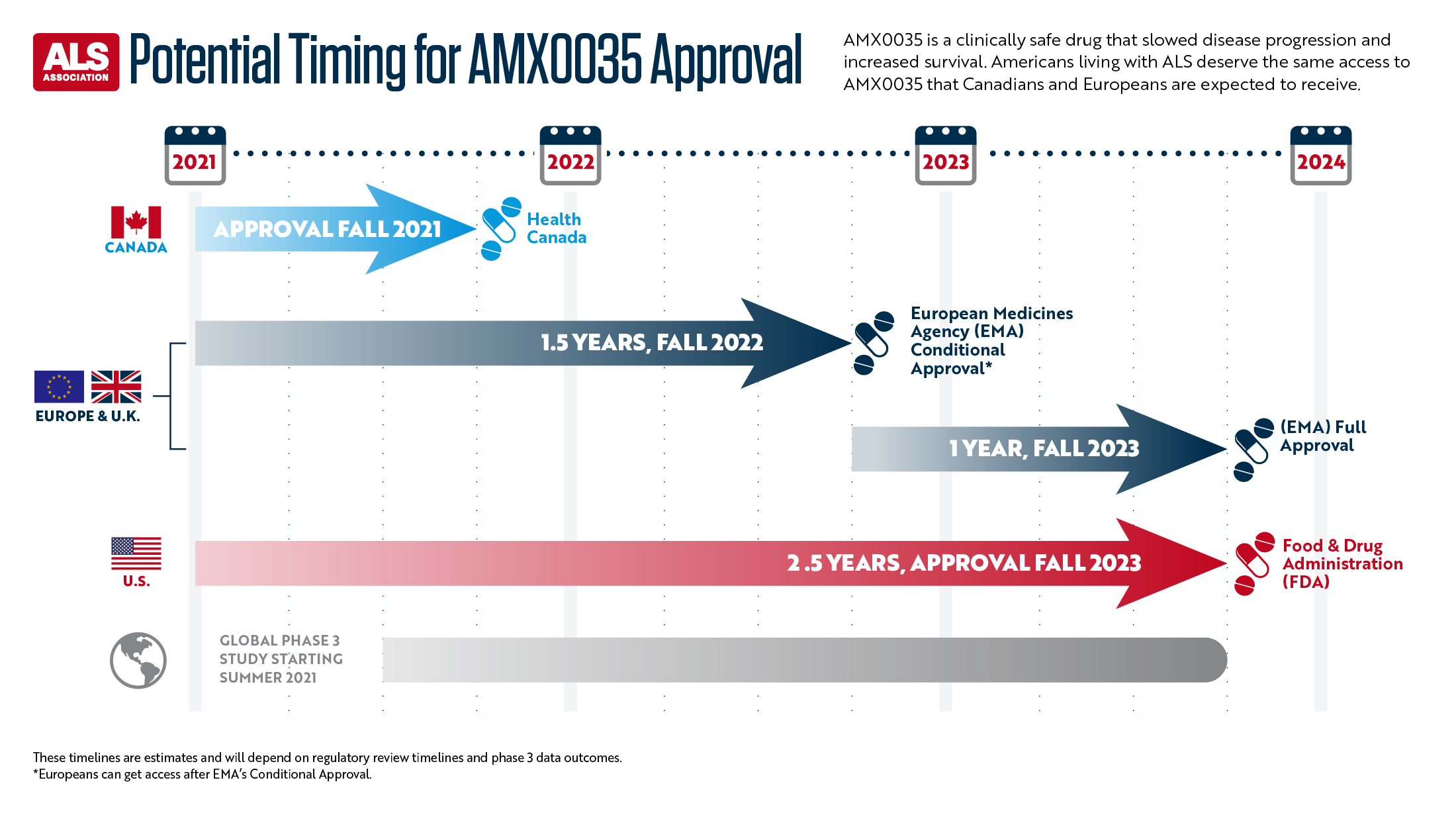 In November 2020, The ALS Association and I AM ALS delivered over 50,000 signatures from the ALS community to the FDA asking that AMX0035 be granted conditional approval. Since then, The ALS Association has met with the FDA several times to represent that The ALS community understands the tradeoffs and to further validate the benefit-risk considerations the community is willing to take.

“People with ALS have repeatedly expressed to the FDA that they are willing to accept a greater risk for new drugs to treat this horrific disease,” Balas added. “The safety data for AMX0035 is very good, so here the risk is low. Based on interactions with both Health Canada and EMA in Europe, Amylyx has announced that it intends to submit for approval in those regions. This means Americans with ALS may have to wait at least a full year longer than people in other countries to get this potentially life extending treatment, and we just do not have the time. We ask the FDA to act with the same urgency to help people with a fatal disease as its counterparts in other nations.”

In formal drug development guidance developed with help from the ALS community and industry, the FDA stated that the ALSFRS-R scale that is used by clinicians to measure the effects of ALS is an acceptable primary endpoint for ALS clinical trials. In a letter sent this week from Balas to Janet Woodcock, acting commissioner of the FDA, The ALS Association reminded the FDA that its own guidance supports bringing AMX0035 rapidly to market.  In the letter, Balas proposes that the Association could host a listening session for the FDA to hear directly from the ALS community on the need for immediate and bold action from the regulatory agency to make safe and effective drugs available more quickly for anyone who can benefit.

“[T]he results from the CENTAUR trial are assessed by our experts as demonstrating overall positive benefit-to-risk findings which have given the ALS community great hope for imminent availability,” Balas wrote in the letter.

She continued, “We look to the FDA to continue to use available regulatory authorities, including those developed in partnership with our stakeholders, to move forward on AMX0035, as well as any other future developmental agents having similar findings, with urgency.  We also understand this pathway may require post-market study, but those should not delay access for people with ALS… [F]ast approval and aggressive oversight from the FDA has realistic possibility to significantly extend the lifespan and reduce the functional decline of the tens of thousands of Americans we serve - precious productive and joyful months that ALS would otherwise take from them.”