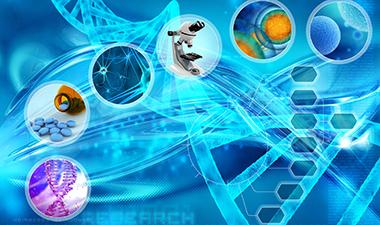 Precision medicine refers to the tailoring of medical treatment to the individual characteristics of each person, while taking in to account “individual variability in genes, environment and lifestyle for each person” (NIH Precision Medicine Initiative Cohort Program, 2015). Researchers aim to learn as much as possible from each unique person living with ALS.

Since the ALS Ice Bucket Challenge, there has been a sharp movement toward precision medicine programs in ALS. Advances in genomics, “OMICS” and iPSC technology have pushed the envelope to move precision medicine forward quickly.

For a precision medicine approach, a large amount of information is collected from each participant and in many cases, thousands of people participate in each program. Performing studies on such a large scale increases the chances of novel discovery to move the ALS field forward.

For example, skin samples are collected to make induced pluripotent stem cells (iPSCs) lines. Blood samples are collected to make DNA for genome sequencing. Genome sequencing is a state-of-the-art technology that allows researchers to read the full DNA sequence of people. The genomes of large numbers of healthy people and people living with ALS are sequenced allowing for comparison on a large scale – thus “big data.”

Genomic sequences can then be analyzed through multiple “OMICS” methods, including epigenomics (study of gene modifications that do not change the genetic sequence), transcriptomics (study of messenger RNA), proteomics (large-scale study of proteins) and cellomics (quantitative cell analysis).

The Association has helped establish and currently supports several partnerships and precision medicine programs to aid in the identification new disease genes and targets for drug development. ALS is a complex, heterogeneous disorder, in which it is difficult to test the efficacy of a treatment approach with such variation in disease site of onset and progression. The ability to define more homogenous populations will significantly enhance clinical trial design and the ability to measure the effect of a treatment approach.

Large precision medicine programs that we support from donations raised from the ALS Ice Bucket Challenge include the following:

The Association is constantly looking to maximize investments to increase the support of these crucial precision medicine programs in the fight against ALS.

The precision medicine programs that we support have numerous advantages in the quest to eliminate ALS.

Here are some highlights that ALS Association-supported programs have in common:

Precision medicine programs share common goals. They aim to identify new ALS genes and study their biology to identify new pathways involved in the disease process, which are potential therapeutic targets. iPSC lines isolated from people carry the genetic mutations can be used in a multitude of ways from: 1) serving as disease models in basic research; 2) drug screening in order to identify potential ALS compounds; 3) act as a resource for biomarker development to measure drug efficacy in clinical trials in parallel with people living with ALS clinical data. Lastly, cell signatures of individual people can be established through genomic sequencing and “OMICS” analysis to understand the commonalities and differences between patients and between patients and healthy people, which can be translated into potential therapeutic targets. Collectively, this information will ultimately help researchers understand the uniqueness of each person and to classify similar people living with ALS populations in more targeted ALS clinical trials to increase the chances of trial success. In addition, precision medicine data will help stratify patients into more defined populations for clinical trials with the hope that smaller numbers of patients will be required to determine the effect of a treatment approach.