“You've Got to Keep Going and Fight and Just Not Give Up”: Lesley Krummel on Living with ALS 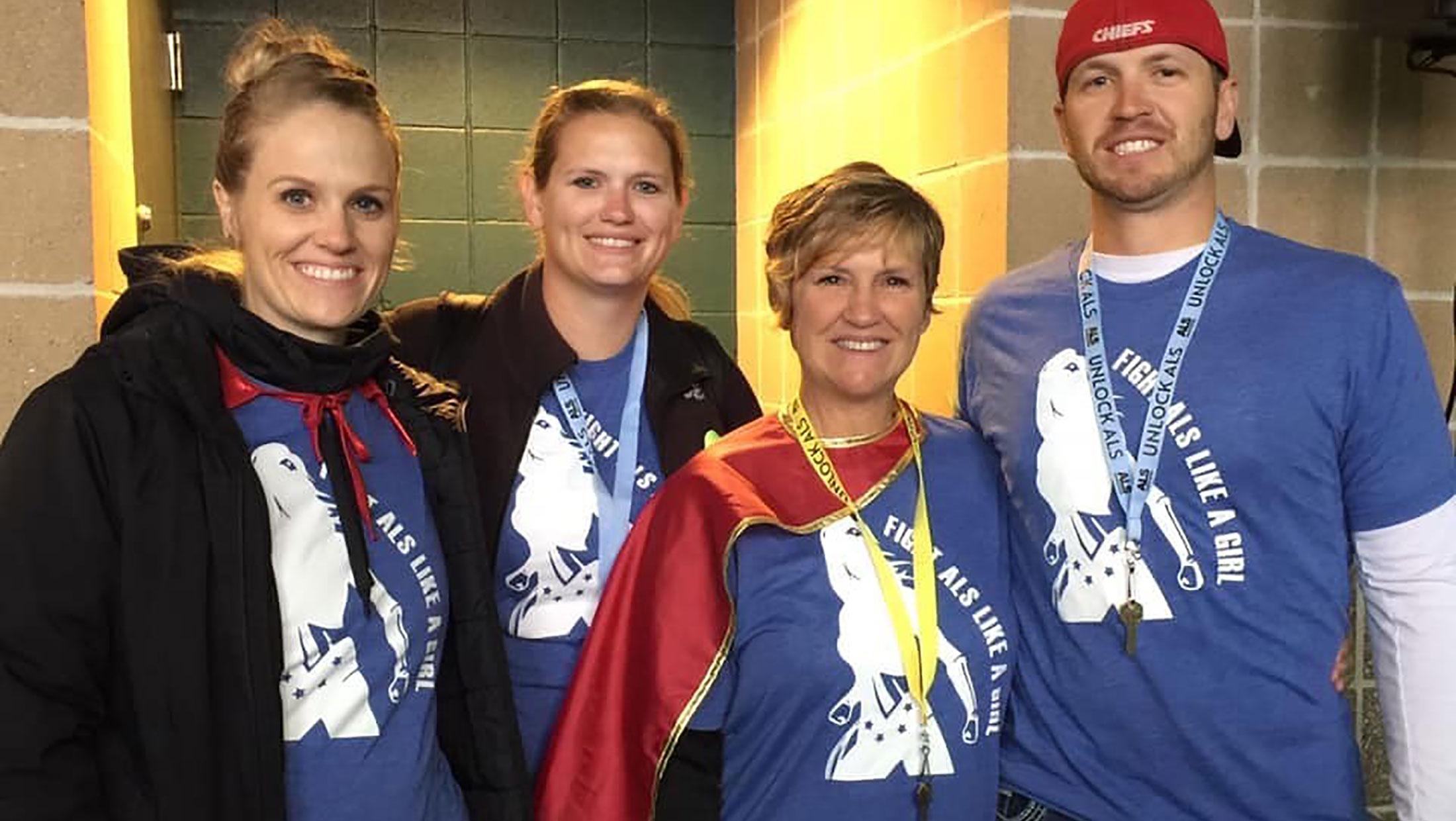 Like most grandparents, Lesley Krummel took great joy in picking up her grandkids. And that loss is one of the most challenging aspects of her ALS progression.

“Carrying my grand babies -- they get really heavy, really fast, and that's hard on me because I love to carry them,” she said.

Lesley is 56 and was diagnosed in May 2018 after over a year of tests and doctor appointments. Lesley was a fitness instructor and weightlifter and noticed things that should not have been heavy started to seem so, and that running became difficult. She went through the gauntlet of tests and says by the time she received her diagnosis, it was not a surprise. “By the time you're diagnosed, you really know already. So, it's basically just okay, now I know what I'm fighting. For me, it wasn't a shock.”

The toughest part for her after hearing the news was having to tell her family. “My husband was with me, but we had to go home and tell our three kids and it was really hard. Of course, they knew I was already having problems, so they weren't shocked either, but it's just that name, you know, when you find out that,” she said. “And I have nine grandkids and we had to, you know, talk to them. And some of them are really young so they don't really understand.”

“My husband and I have farmed all of our married life. We've been married 37 years and we run a trucking company. I instruct classes and we're also very involved in our church. We are leaders in the church for the choir. So, we're really busy all the time.”

Lesley draws her hope and inspiration from family and those in her community who continuously step up and show their support. Not only have they worked to help Lesley and her family personally with their growing expenses, but they also are working to provide assistance to the entire ALS community. “They have been really, really good,” she says. “They've donated a lot, and they do the walk, ALS Walk every year for me and for, you know, to support ALS research.”

Lesley has been active in clinical trials to help further ALS research. “I want to make a difference for if I can't help myself, help people that are diagnosed after me to make a difference there by doing these trials. I think if I can't help myself, I want to help people in the future that are diagnosed and just get the word out because a lot of people don't have any idea what ALS is. They have no idea,” she said. “It's just a devastating disease that there's no cure for and we need to get research and funding for that so that we can find a cure.”

When asked about what advice she’d give to someone newly diagnosed with ALS, she says, “That it's not the end. It's not. You don't just want to go curl up in a ball. You've got to keep going and fight and just not give up.”