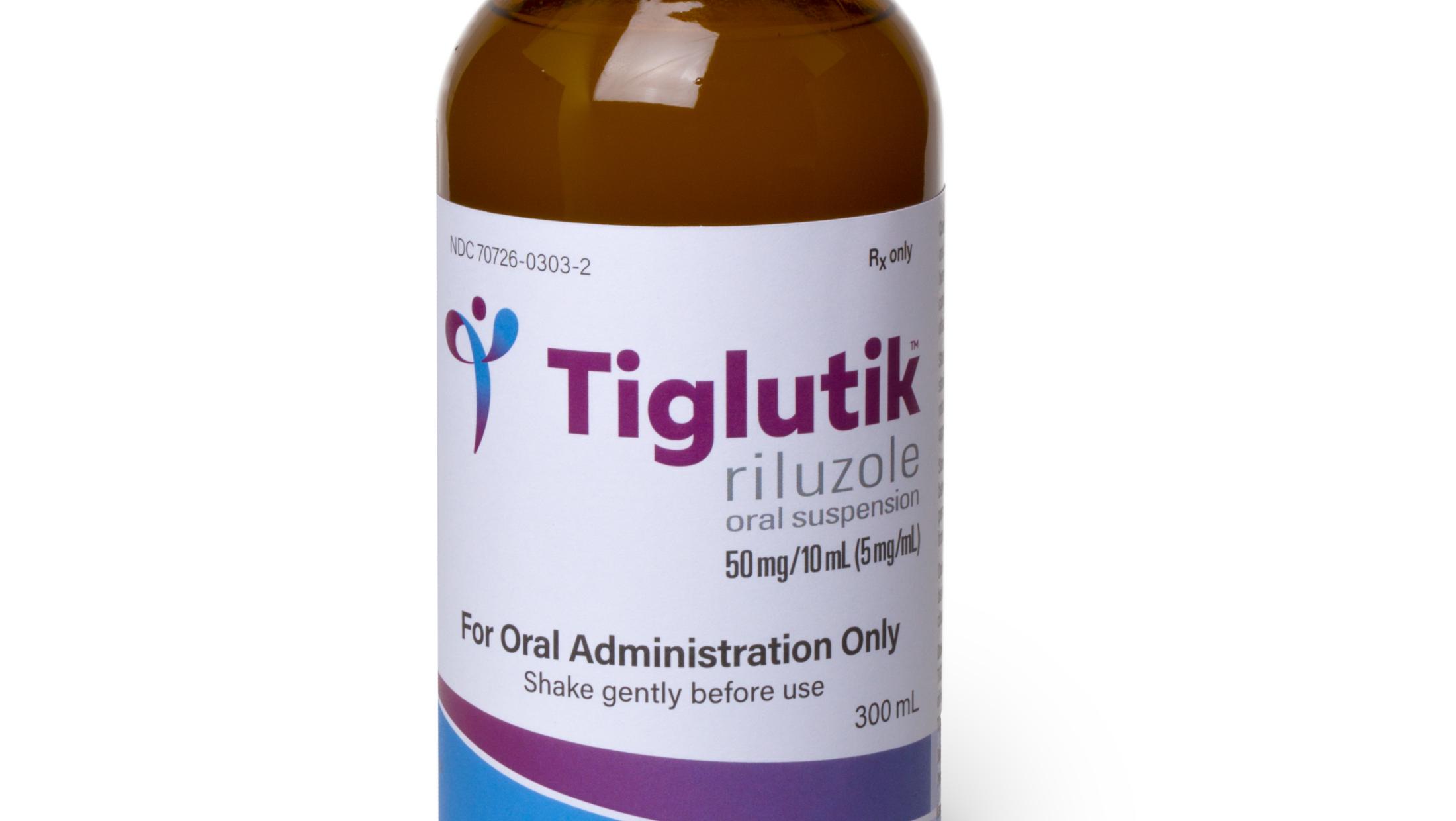 Yesterday, ITF Pharma, Inc. announced that Tiglutik™, the first and only thickened liquid form of riluzole, was approved by the FDA for the treatment of ALS. This formulation contrasts with the oral pill form of riluzole that has been on the market for ALS for more than 20 years.

This thickened liquid form of riluzole should help individuals with swallowing difficulties. Approximately, 80 percent of people with ALS develop difficulty swallowing because of gradual weakness and paralysis in the muscles of the face and throat, called bulbar muscles.

In ALS, muscle weakness in the face and throat can lead to swallowing issues called dysphagia, along with problems with chewing, salivation, talking, and drinking. This often results in unwanted weight loss, issues taking oral medications, and in some cases, choking and aspiration, which is when food or liquid go down the wrong tube and into the lungs.

To counteract difficulties swallowing, many people with ALS end up crushing their pills. When medication is not taken as prescribed, its effect may decrease. Tiglutik provides an alternative as a thickened liquid, which can be administered orally twice-daily via a syringe. Its most common side effects are in line with established side effects observed in oral riluzole.

“This approval marks an important step forward in the treatment of ALS. The ALS Association would like to thank the FDA and ITF Pharma for working together to bring this important new formulation of riluzole to the ALS community,” said Calaneet Balas, president and CEO for The ALS Association.

“ITF is committed to supporting the ALS community and to helping people living with ALS find affordable access to Tiglutik. Therefore, we have partnered with a specialty pharmacy to create a simple and straightforward product support program that will help patients receive Tiglutik quickly and with ease. This reflects our underlying mission to provide valuable therapeutic options and support programs that make a positive difference in the lives of both patients and healthcare providers,” said Denny Willson, chief executive officer of ITF Pharma.

How riluzole impacts disease at a cellular level is not fully understood. Neurons signal to each other via chemicals in the brain, called neurotransmitters. One type of neurotransmitter is called glutamate, which gives out an excitatory signal.

Sometimes, glutamate does not get fully cleared from the space between neurons, called the synapse, leading to overstimulation or excitation to the connecting neuron. This over excitation can be harmful to neurons. Clinical studies have shown that riluzole modulates glutamate signaling.

ITF Pharma stated that Tiglutik will be commercially available mid-October 2018. The Association will keep the community updated as more information is available.

For more information about Tiglutik, including its side effects and safety information, visit https://www.TIGLUTIK.com/ and read ITF Pharma’s press release here.