Tammie Critchfield: Paying it Forward for People Living with ALS 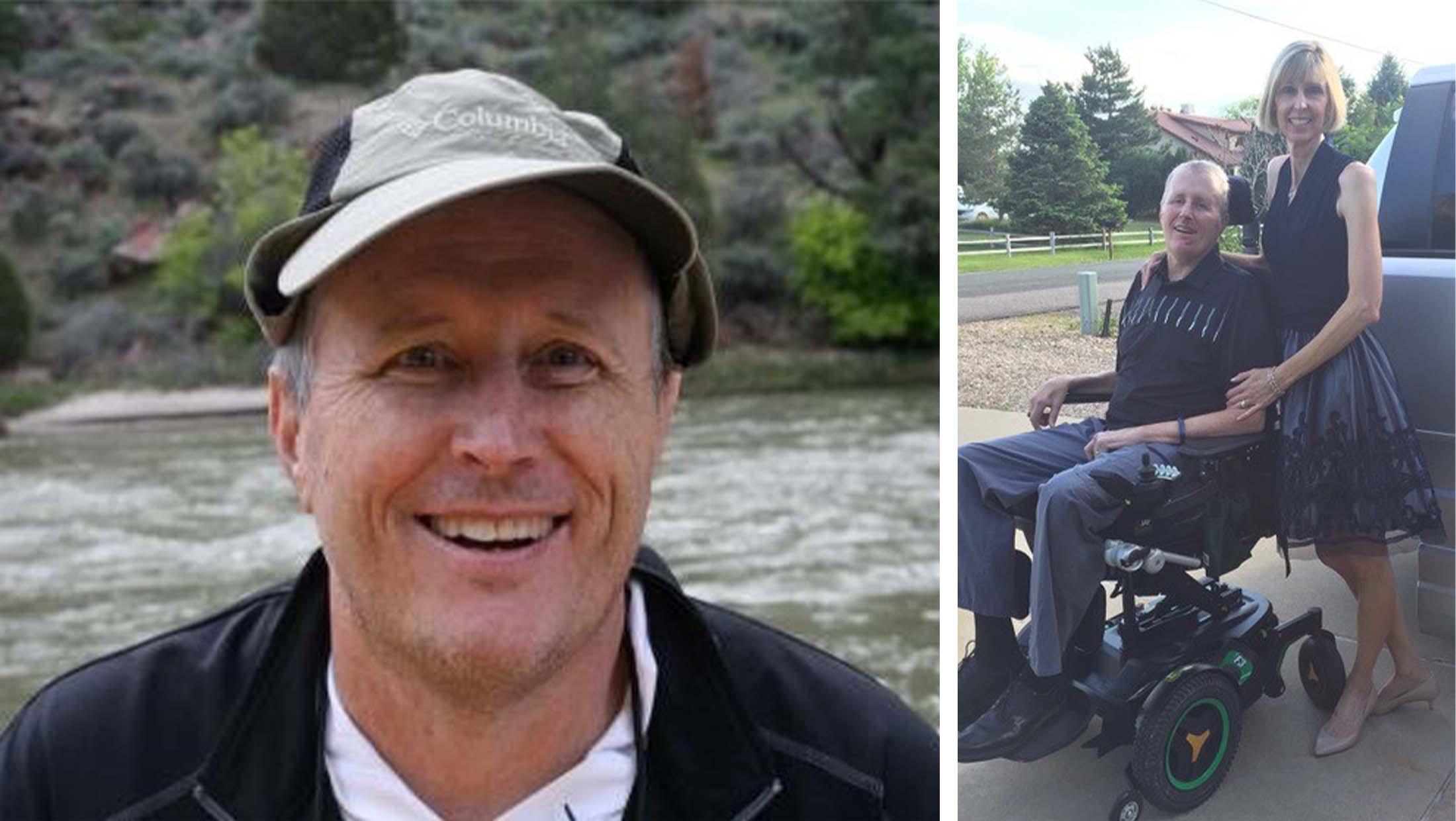 My husband Russ and I both grew up in Westminster, Colorado. We were married in 1984 and were raising our boys Kyle and Dylan in the home Russ and my father had built together. Life was good. Until ALS upended everything

In October of 2013, Russ noticed that his speech was slow and slurred. A few months later, he saw his physician who said he must have had a stroke, or possibly brain cancer. When neither was the case, Russ was sent to a neurologist where he was told he had ALS in February of 2014. We were lucky to receive the diagnosis so quickly.

One of Russ’s colleagues had died from ALS the year prior, so we were in shock that Russ had ALS too. What are the odds of two people in one company getting this disease? It was unbelievable to me that my husband could possibly die in his 50’s. We still “loved” each other and more importantly we “liked” each other. We were becoming “empty nesters,” ready to move to Florida and relive our 20’s again!

We entered this journey as a family with our friends around us. Russ continued to work for two years after his diagnoses. We were linked to an ALS multidisciplinary clinic. Russ’s path with Bulbar onset ALS was slower than average. Of course, we did not know that at the time. Meanwhile I moved forward with everyday life in a fog, full of anger and fear. I remember a friend telling me, “Russ was taking it better and doing better than I was.” I wanted to scream at her, “trade places and you can show me how I am supposed to be!” Instead, I was gracious and told her “I was glad she thought Russ was doing well.” 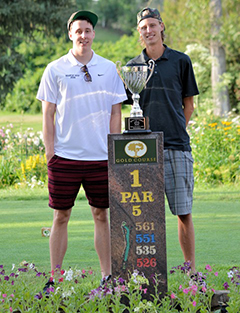 I started to go to monthly support group meetings The ALS Association Rocky Mountain Chapter offered, and I began seeing a therapist that understood ALS. She too had assisted a friend who died from the disease. I worried for my boys; would they be the men they are supposed to be, or will this derail them? I worried about money because Russ was our only source of income. How would we even pay our bills if he could not work?

Feeling helpless and frustrated, I looked for things I could control with this horrible disease. I started doing some volunteering with the chapter and we joined the Southern Wine and Spirits ALS Association Rocky Mountain Chapter walk team already established, Larvinator’s, in honor of Russ’s colleague. Determined to raise funds to help other families and the search for treatments and a cure, our family also established an annual golf tournament, The Russ Critchfield Golf Against ALS Scramble, which continues today. 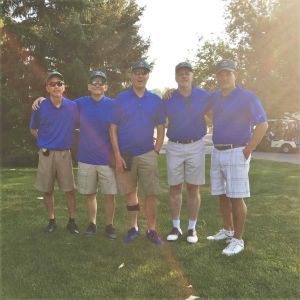 When Russ retired in January 2016, he could still walk 5 miles a day, he just could not talk. He joined the chapter support group meetings with me, and we went to therapy together as well as apart. We took on each loss with humor and courage. Every decision Russ made was for my best interest, that is just the kind of man he was. He was so worried about the boys and me. There were some very difficult days in the end with lots of tears and heartache. Many hours of lost sleep and anticipatory grief. Russ Critchfield died on Friday the 13th, October 2017. That would be his sense of humor; die from a bad luck disease on a bad luck day! There were over 400 people at his service. That’s how many people Russ impacted and brought awareness of ALS to.

In 2019 I needed to enter the workforce again. After staying home with my boys for 18 years, I did not feel very marketable or hirable. I decided “non-profit” was the way I wanted to go so I reached out to Pam Rush-Negri, the CEO of The ALS Association Rocky Mountain Chapter. I was not asking for employment at the time, but for contacts in the community she may know, just networking.

After a casual meeting, Pam offered me a job, but even though I needed one, I had to think about it for a few days. I did not think I would want to look at ALS EVER again. I accepted her offer under the condition I would give it at least six months to see if I could emotionally do the job. Two and half years later I am proud to say I am still working with the amazing team at the chapter as program manager and enjoying serving the ALS community in a different capacity, you might say, “paying it forward,” and providing a supportive ear and encouraging fellow caregivers is my favorite part.

At first, I did not tell anyone about my personal ALS journey. It wasn’t about me anymore and my experience with ALS, it was about them now. But after some time, I felt I needed to start sharing my story because I remembered how it used to make me so angry when people told me, “I know what you are going through” when I was dealing with my own fears and challenges at the time. I wanted to be able to say, “I understand, I’ve been in your shoes,” because in reality, until you have walked the path of ALS, you really do not understand.

Now, as program manager, I assist our care coordinators, helping implement all the services we provide for our families from our support groups and adaptive equipment loan closet, to our multifaceted bereavement program called Hope Through Healing. Helping others diagnosed with ALS and their families is helping me to continue to heal.

There is still big wide space where Russ should be today. But you have to go on for those that are here. I am finding my way, by hopefully helping others find their way with ALS in their life.

Special thanks to Tammie Critchfield and the team at The ALS Association Rocky Mountain Chapter for allowing us to share her inspiring story with the ALS community. To continue to follow stories from people in the ALS community and to learn more about the disease, follow our blog at als.org/blog.

My late husband Mike had ALS for over 17 years. He was diagnosed with ALS May 1986-Sept. 2003. I thank God we had the Military/VA to help us. Mike lived 11-1/2 years on ventilator/life support mainly at home. I was his 24/7 caregiver. MDA would not help us at all. We had two children at home 4 and 10 when Mike is diagnosed

I have been recently diagnosed with ALS. I have no use of my left hand. Lost muscle in left arm.my right hand is going down now. Cramps and twitching is almost unbearable. I was a carpenter for 42 years and now with no hands my life is almost upside down. My neorealist has prescribed medication that is supposed to slow the ALS symptoms and medication for cramps. The cramping has not gone away. I have a great boss because he still lets me go to o work as his supervisor. I am truly sorry for your loss. Maybe one day they will come up with a cure. I sure hope so