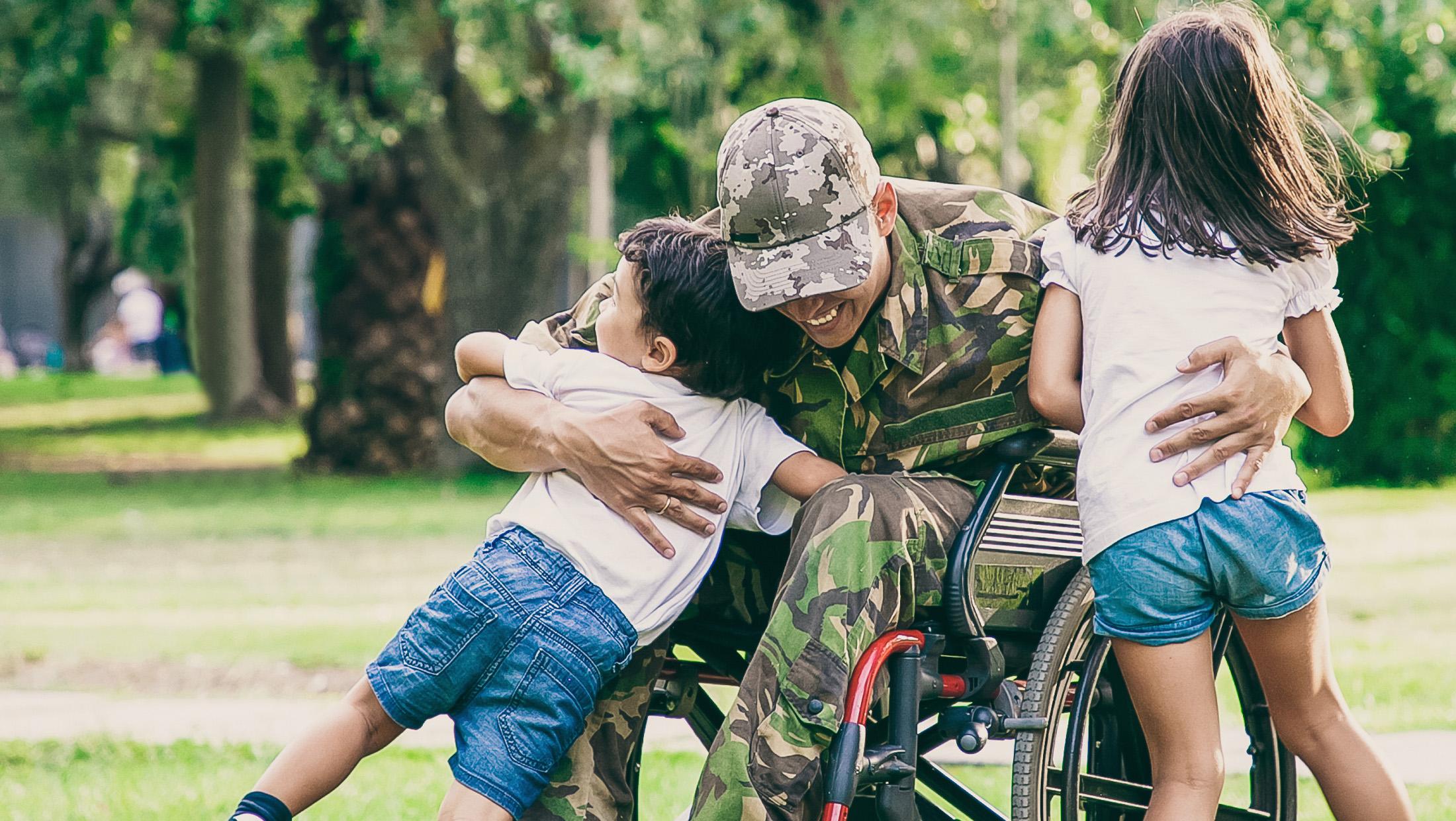 For unknown reasons, veterans who have served in the United States Armed Forces are more likely to be diagnosed with ALS than people who did not serve in the military.

In 2008, the Department of Veteran Affairs established ALS as a service connected disease. In doing so, the VA made it possible for veterans who were diagnosed with ALS to receive compensation based disability, grants for housing, vehicle modifications and much more.

A veteran's spouse and dependents may also be eligible for benefits, but a quirk in the law governing survival benefits means that spouses of veterans are being denied access to survival benefits after they lose their loved ones.

Connecting ALS recently talked to Jann Vasiloff, who lost her husband to ALS in 2015 and who has led the fight for equal access to survivor benefits for spouses of veterans who die from ALS.

The transcript below has been lightly edited for brevity.

Tell us a little bit about your connection to ALS.
Well, my name is Jann Vasiloff and my husband was diagnosed with ALS in September of 2013. He exhibited symptoms in April or maybe a little bit before that of 2013, so he was actually diagnosed fairly quickly. Oftentimes it takes a lot longer to diagnose the disease. He lived 23 months, he died March of 2015. And because he was a veteran, that opened a whole new world to us for the care and the benefits and so forth.

You became engaged in advocacy around a bill that is before Congress right now and that is the Justice for ALS Veterans Act. Talk to me a little bit about how you came to understand the problem that this bill would address.
After my husband died, being the surviving spouse of a hundred percent disabled veteran, I was entitled to DIC, the compensation for surviving spouses. And I was told by, it was someone at VA, or it might have been PVA, that I don't remember. But that in addition to the monthly stipend, I would also get what at the time they referred to as an added death benefit because he was a hundred percent disabled and did die of that disease. Well, that never arrived.

So, I looked into it thinking it was a mistake and then came across, under the benefit section for surviving spouses, that in order to receive that death benefit, the added money, the veteran had to have had the disease at a hundred percent disability for eight years prior to death. So we didn't qualify as my husband only lived 23 months. And having learned a lot about ALS, I knew most veterans weren't going to qualify because the average lifespan is three to five years, falling far short of that requirement. So I thought this was not good because it meant that veterans who lived eight years, no matter what the disease, they were getting, their families were getting this extra stipend that wasn't open to ALS patients who did not live eight years, which most do not. Only 10% of the population, veteran or not live longer than 10 years with ALS, 90% die within three to five years of diagnosis.

How did you go about trying to get this rectified?
Well, I first made sure that I was understanding the benefit or the lack of the benefit correctly. And then, I first went to my congressmen, to their office. Because I knew it was going to make a change, it had to go through Congress because the rules are set by Congress for the VA. So I didn't know where to start, so I started there. And that didn't provide me with what I needed. And then, I met somebody who worked for the VA and said that I had to fill out this form from the VA telling them what I wanted and requesting an interpretation of the benefit, basically. I had to jump those hoops knowing what the outcome would be. But I did that and sure enough it came back and said, "We understand what you're talking about, so on and so forth, but to change this law, it takes an act of Congress."

But I had to have that in hand before I could proceed because that document, well, it really was emails back and forth, it wasn't a document per se, but PVA needed that from the VA stating I had applied, if you will, and been denied and that the law had to change. That gave us the basis for coming up with a bill.

I thought of it at the time and still do feel that it is something, that it was an oversight when the law was written. How they chose eight years, I don't know. But that they certainly, anybody with knowledge of ALS was not part of that discussion, let me put it that way.

Because they would've known that the majority of people aren't going to qualify for that eight years. So, I chose to look at it that it was an oversight and that it was something, a fall between the cracks, if you will, but something that needed to be and in my estimation corrected.

When did you first bring this to the attention of PVA and your member of Congress?
Meeting with Congress offices and so forth, actually it was Aids that I first discussed it with. I'm going to say it was maybe the fall, summer of 2015. Then I decided that this was worth looking into, seeing if we could get this rectified. And I was passed from one organization to the other, through ALS as well, ALS Association I mean, through my both senators offices and at the time my representative's office. And I didn't get anywhere. I didn't really get... The individual I spoke to, yes, they were all on board, but it never went any further than that. So I finally, I don't know, it was like a light bulb went on that I thought, "Well, what about PVA? They helped from the very beginning. Let me at least talk with someone there and make them aware of this situation if they're not. And if they are, let's see what we can do." So it was a year after my husband died that I finally got into PVA to talk with them.

What message do you have now, seven years into this fight about the need, continued need to address this gap in the law?
Well, I'd say right now in our current economy, which is we've been hit with inflation, it's more important than ever. Today we're talking about an additional $308,28 cents a month. Which is for a lot of families and individuals, a car payment, paying an electric bill, it could be a week's worth of food at today's prices or not even that. So it doesn't sound like a lot of money, but put in that context, it can make a difference, a huge difference, of having what you need just for your basics or not. And there are, I think maybe people think of ALS as an older person's disease, so maybe dependents are not part of the equation, but that's not true. A lot of, because it hits veterans in disproportionate numbers, a lot of families, it's younger men and it's mostly men, but younger men that are being diagnosed and they do still have children at home. And so, you are as a spouse having to provide for these children. So that's $308, while it doesn't sound like it would pay for a lot. Yeah, it does.

People should be aware that this is a bill moving forward. We are as far now as we've been in the whole process, it is out of committee in the house and needs to be introduced on the floor. If it passes the floor, then it goes to the Senate. Every time an administration changes, it goes to what I call the dead bill office, which is where they all go if they're not passed and you start all over again, getting sponsors and so forth.

So, it's important to try to stay the course no matter how frustrating it is. It comes down to finding the right organization and the right person that will take it on and carry it through to the end, till its passage. I would like to emphasize that we are not, I think it's a distinction that needs to be made, we are not asking for something new for these families, we're asking to be given what other families with other diseases already get and that ALS people are not, or families are being overlooked. And I think that that's important. This is not a new concept, it's not a new idea, it's just excluding victims of ALS.

To listen to the full episode with Jann Vasiloff, "The Fight for Justice for ALS Veterans," visit ConnectingALS.org here. You can subscribe to Connecting ALS here