Q&A: How to Begin a Discussion Around Genetic Counseling and Testing 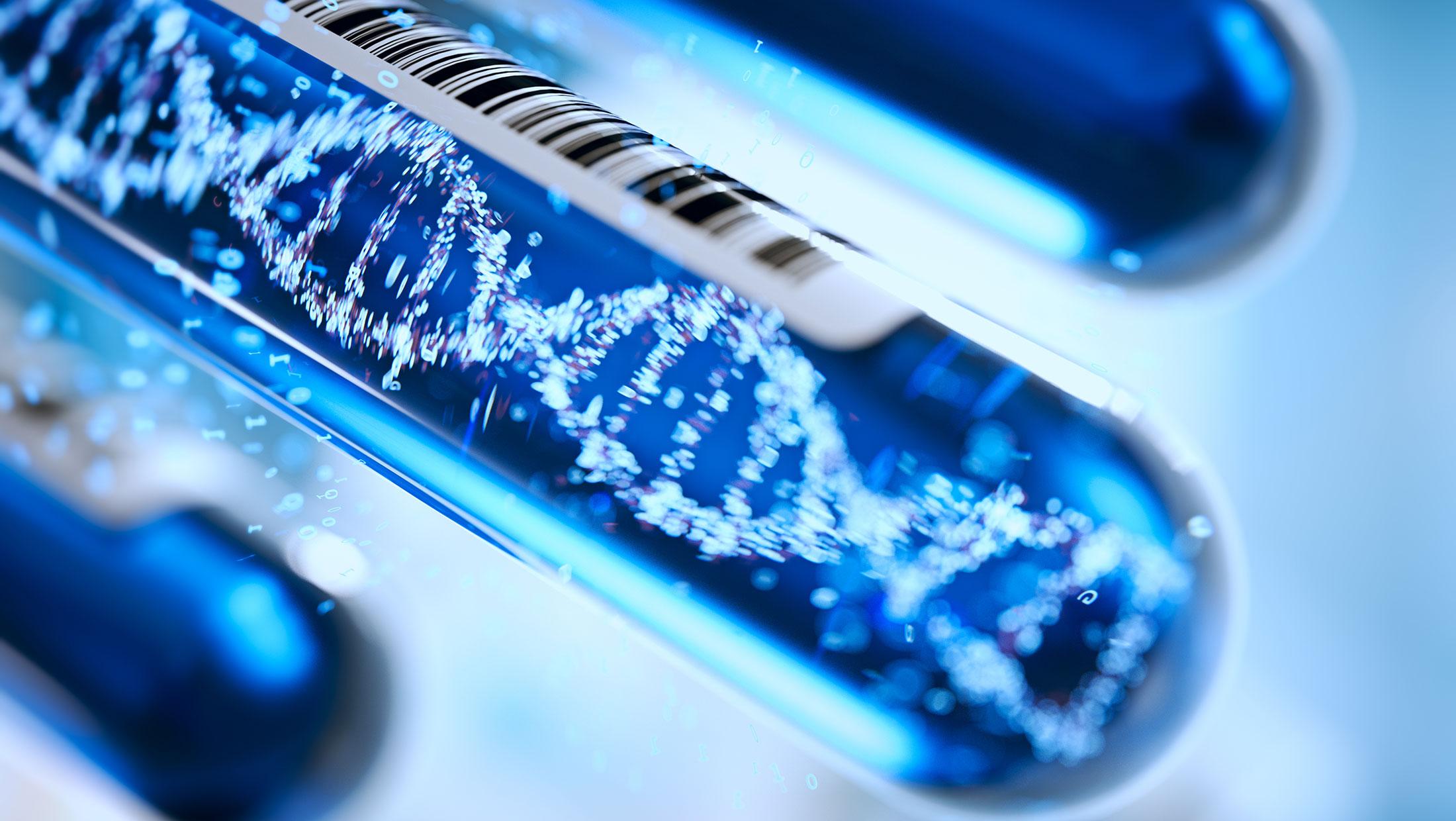 The ALS Association believes that upon diagnosis, people living with ALS/MND and their families must have the right to access genetic counseling and testing, current education about clinical genetics in ALS/MND and safeguards against genetic discrimination. Thanks to a sponsorship from Biogen, the diagnostic company Invitae is offering genetic testing and post-test counseling to people with ALS and their families at no charge.

Connecting ALS recently sat down with Ellie Harrington, a certified genetics counselor at the Eleanor and Lou Gehrig ALS Center at Columbia University Medical Center, to learn more about how to begin a conversation around genetic counseling and some of the common questions that arise.

The transcript of that conversation has been edited for brevity and clarity. You can follow Connecting ALS and listen to the entire episode HERE.

It involves getting to know you and your family, taking a family history, and talking about potential genetic testing options, which could be done with a blood test or a saliva test.

It involves really talking about, what is the purpose of this test? How can it affect you? How could the results affect your family members? It involves talking about inheritance, how these conditions may or may not run in a family, and the potential benefits or drawbacks to testing and learning this information.

Look at it as a conversation, rather than committing to testing and going through this process. A counselor's role is about education and adaptation.

Towards the end of the conversation, a genetic counselor’s role is to help someone make that decision. Is testing a good decision? Yes or no? Is that a good decision right now? Maybe it’s in six weeks; maybe it's in a year. And then walking you through the testing process and, on the other side of it, helping you understand what those test results mean as well.

Who should seek genetic counseling and when?
Historically, genetic testing was really expensive, and it was difficult to perform from the provider's perspective. Genetic testing was really only offered to people who have a strong family history of ALS, meaning two or more people in your family were/are impacted by ALS. That's because, most people who have a genetic form of ALS have a family history. So, there's a line that's drawn there.

We now know though, that about 7-10% of people who have no family history may also have an underlying gene mutation that's causing their disease. And so, frankly, anyone who has ALS might be interested to get genetic testing.

There's a higher likelihood that someone with a family history would have a genetic mutation discovered in testing, but that does not happen 100% of the time.

Anyone can get testing. There are benefits and drawbacks, and it's a very individual choice whether someone wants to get testing. And that's the conversation with your neurologist and with your genetic counselor to talk about those details and figure out if that's something that you want to do.

How is genetic testing paid for?
There are a couple of sponsored testing programs right now that completely cover the charge of testing, make it free of charge. The provider doesn't even enter your insurance information. If they went through insurance, most of the time Medicare and Medicaid cover testing now.

If you have commercial insurance and insurance doesn't pay for it, the cost of testing is also a lot lower. So, around $250 compared to thousands and thousands of dollars testing previously cost.

So, there has been a big shift in that as well, which I think makes it a lot easier for individuals who might be interested in testing.

And so, I don't think that there's necessarily a right time. It's always available.

How does it work? Is this a targeted test or a broader look at the genome?
The most common types of genetic tests that people think about these days are the Ancestry testing, or 23andme. Those types of tests are like looking at your whole genome, which is all of your 20,000 genes that make you who you are, all those recipes that spell out instructions to tell your body how to work, what to look like, how to function, and protect you against diseases.

Those tests are our big picture view of your genome. Where do you come from? Let's look at long stretches of your genetic code, whereas, with genetic testing for genes that are associated with ALS, we're zooming in a lot more. So, we're not looking at a big picture. We're going to focus on very specific genes that we know typically play a role in the nervous system, especially in the motor neurons (the cells that die in ALS).

There are about 30 to 40 genes that we can look at that were identified as being associated with ALS. So, we're only looking at those specific genes. The most common form of genetic testing is called a sequencing test. It's like a spell checker -- spell checking these genes, looking for a spelling mistake or a harmful pathological mutation (or variation)in the genetic code that might be causing that gene not to work properly, and thus, cause disease symptoms.

So, it's a really specific genetic test, rather than a big picture genetic test. We're not going hunting for cancer genes, or other genes, just genes that we know could be associated with ALS.

Typically, two tests can be ordered. One is for a specific gene called C9orf72. That's the most common genetic cause of ALS. And, there's a very specific mutation or variant in that gene and it needs to be tested on its own. So, that's usually the first line of testing, and then we'll test all the other less common genes associated with ALS.

We don't really offer testing to healthy family members, unless there's known genetic cause in the family. If there is a really strong family history (with two or more people in your family with or having had ALS), then we would say, "Okay, well this might be familial ALS."

Predictive genetic testing for asymptomatic family members means testing when there's a gene mutation known in the family, or when there is a strong family history of disease. But, again for most people, I think it's important to start with the person who's currently living with ALS. Otherwise, we would go hunting for a gene that we don't know exists.

What are some of the common concerns that from patients who may be reluctant or hesitant to go down the path of genetic testing?
Genetic testing is foremost for the person who has disease symptoms. Testing involves a spit sample or blood sample, which contains their DNA. It is important to know that we share our DNA or genes with our family, our kids, our siblings, and our parents. And so, as much as it's a person’s individual test, the results can really have implications on their family members.

It can be a family affair, and that can make people anxious or nervous. How is this going to affect my family members emotionally and physically?

Some people choose to wait and talk to their family and ask, "If I got tested, would you want to know my results?" Should I tell you those results?" That's an important piece of that initial conversation: How will this also affect my family members?

Part of the conversation that some people bring up is potential insurance discrimination risks.

What is NOT covered under GINA is life insurance. Other ones that come up are long term care and disability insurance. Essentially, if someone is applying for a new life insurance policy, everyone knows the drill -- they ask you a ton of questions about your health, get your medical records, and do a physical exam. A life insurance company has the right to use your genetic results to discriminate against you -- make you pay more or not insure you at all.

For someone with ALS, it's actually a moot point. If they have an ALS diagnosis, a genetic test result isn't really going to do much more to impact your insurance policies. If a policy is going to discriminate against you, they might already be doing so based on your diagnosis. So, for someone who has ALS and they're considering genetic testing, those risks for them are low.

Where it comes into play is for family members. If someone who is healthy in the family (without any current marks on their medical record) knows that there is a gene mutation that they're at risk for and they want to get testing done, they should consider that if they receive a positive genetic test result for ALS, their life insurance company could use that result against them.

The best advice we can give is to make sure that those people who are healthy and getting predictive testing know to get all their insurances in place prior to them getting testing. That's all a process that counselors can help walk people through.

It's usually not a huge part of the conversation, when someone who has ALS is going through testing. It's more like, "If there's a positive test result, let's talk about how this will impact other family members. And, what we would do for them before they got tested."

How should someone begin the conversation around genetic counseling and genetic testing?
Asking questions to your health care team is the first step. You will talk about the benefits and drawbacks of genetic testing and see if it's right for you. Then you can discuss testing with your family.

Remember that having those conversations is not locking you into testing, it's just making you better informed.