The Michelsen Family and Living with ALS 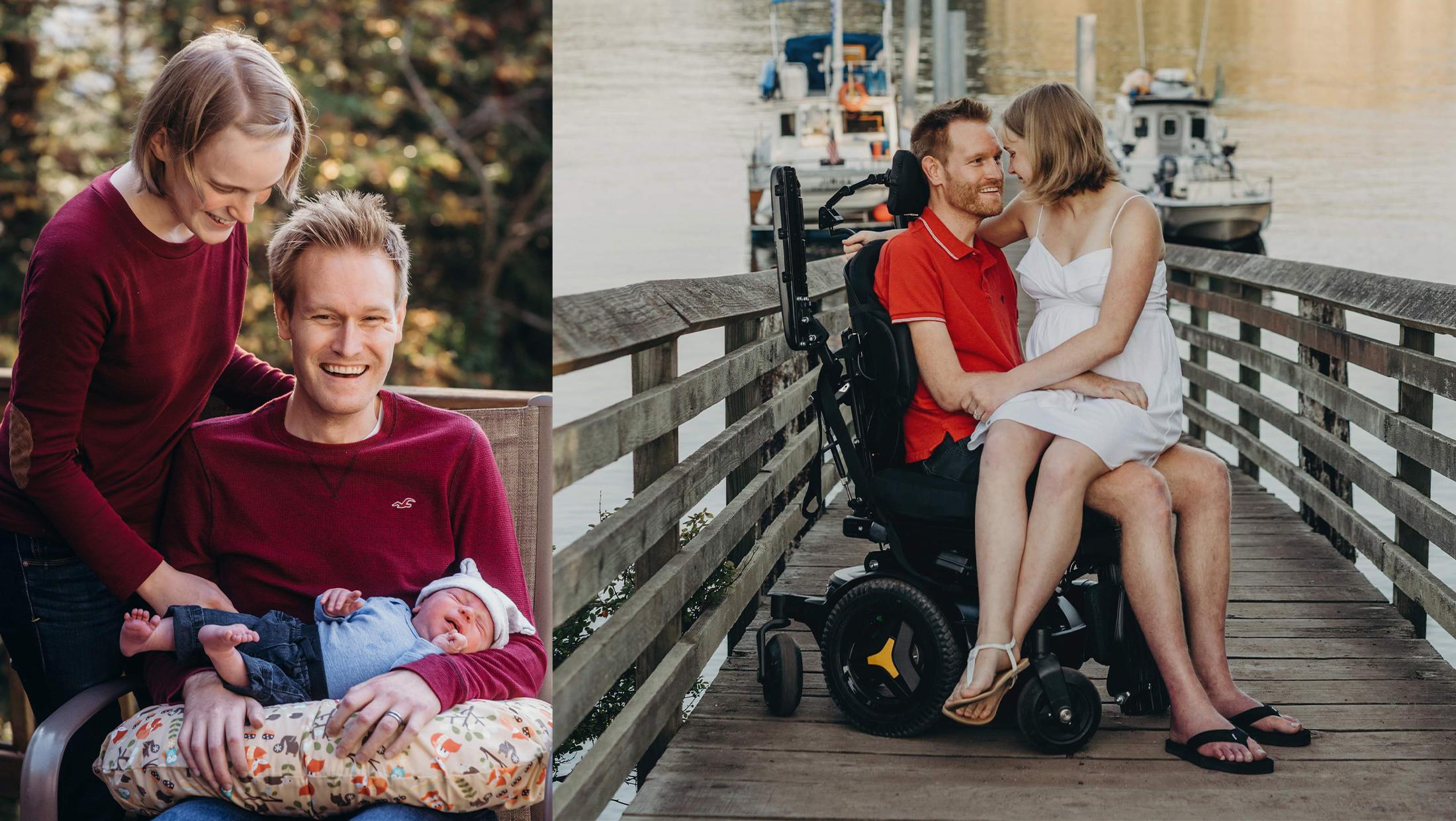 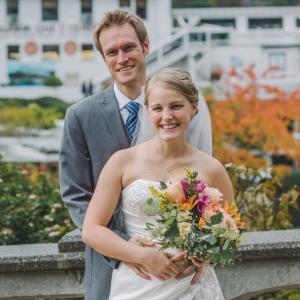 Jonathan Michelsen, originally from Hudson, Ohio, moved to Anacortes, Washington immediately after graduating from pharmacy school. It was there he met his future wife, Janetta, in early September of 2014. She was working as a pharmacy technician and they hit it off instantly. They were married two years from the day they first kissed on October 27th, 2016. They had their beautiful dream wedding at Roche Harbor on San Juan Island, so full of love and joy that they had found each other. It truly was a perfect day, and were ready to spend the rest of their lives together.

Six months after their wedding, Jonathan began noticing unusual weakness in his right hand which persisted, and then seemed to inexplicably spread into his right leg. Because of his medical education, he suspected ALS. The following September, just a month before their one-year anniversary, they had their worst fears confirmed at Swedish Neuroscience in Seattle, just a few miles from where he had proposed on top of the Space Needle. Jonathan had ALS. 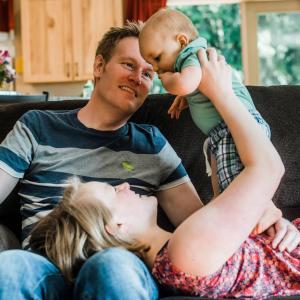 “After his diagnosis in 2017, we knew we had a lot of work to do,” she said. “One of our dreams was to have a family, which now had to be expedited.” Their son, Tyson Riley Jonathan Michelsen was born September of 2018. “He is our constant ray of sunshine and hope in our lives.” But having only been together for a short time, they had no time to financially prepare for what was ahead.

“We would not be where we are today without the help of others,” said Janetta. “We immediately reached out to The ALS Association Evergreen Chapter and they have been immensely helpful in our journey.” The chapter provided the Michelsens with educational materials they needed to learn more about the stages of the disease and the journey ahead of them. They’ve also been able to provide them with many pieces of vital equipment Jonathan has needed for mobility and communication. Jonathan and Janetta also found support by participating in support groups and chapter events where they saw firsthand the generosity of people helping others fight this disease.

“Every day has its challenges. Some days are more emotional than others,” she said. “Often it feels like we've got 20 juggling balls in the air, but good moments are tucked inside each day and we are raising our son together. With the help and support of many, we are living with ALS.”

My best friend passed away last year from ALS. If there’s any silver lining, at least he had attained an age where his children were grown. My heart is breaking for the Michelsons, may a cure be found soon

So sorry for your loss, Michael.

So sorry such a young family is going thru this. Prayers for all of you.

I started to show my signs of als about the same time. I go through rough days as well. My prayers go out to you and your family. Stay strong!

My son has ALS..he was mis diagnosed for 7 years and now he is in the aggressive state. Thank God we were able to move him from Texas to GA before the pandemic entered our lives. We struggle to get the needed equipment he needs for survival. We continue to pray for a miracle.

Nannette, so sorry your son is living with this awful disease. Your local chapter of The ALS Association can provide resources and support, and may be able to help with your equipment needs. Their phone number is 404-636-9909 and their email is [email protected].

I am 62 yrs old & was just diagnosed 5 days ago that I have ALS! I am scared from what I have heard & read about this dreadful disease! I can’t believe there is no cure!15

Hi Patty. So sorry about your diagnosis. Your local chapter of The ALS Association can provide you with resources, information, and support. Chapter contact information can be found at als.org/chapters.