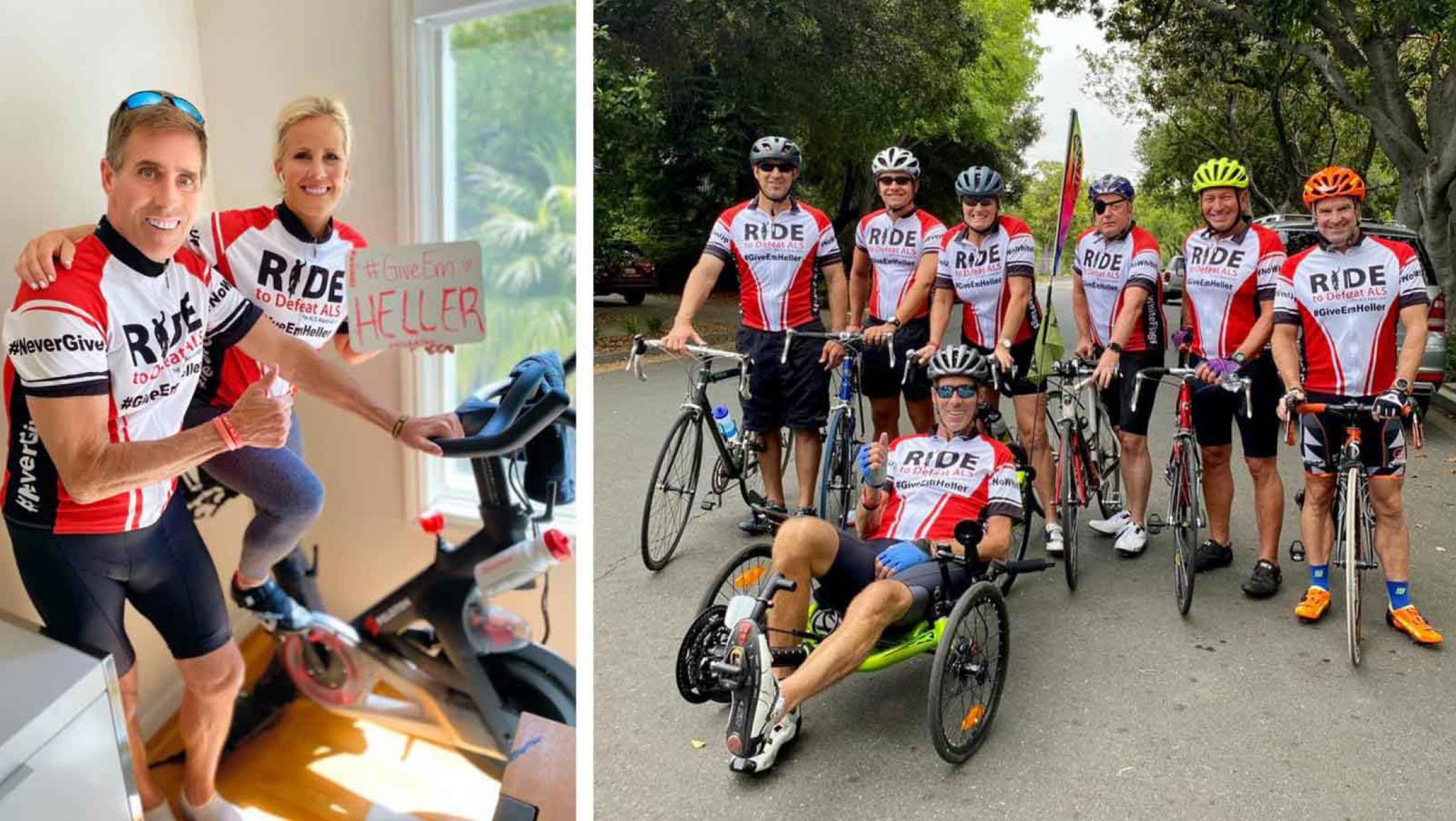 Each year The ALS Association presents the ALS Hero Award to people in the ALS community, recognizing and paying tribute to people living with, or who have lived with, ALS who have made an indelible impact on the Association and the ALS community-at large. Their inspiring stories demonstrate the amazing courage and determination they have, making a difference for people with ALS and providing hope to those who need it most.

Kevin Heller was recently recognized posthumously as a 2021 ALS Hero. His wife Lesley accepted the award with us virtually in his memory.

This is the last story in a four-part series highlighting the 2021 recipients of The ALS Association ALS Hero Awards.

Since 2019, Kevin Heller -- a West Point graduate and U.S. Army veteran who was diagnosed with ALS at the age of 58 -- and his team #GiveEmHeller, put their hearts and souls into the nation’s top-grossing ALS fundraiser, the Napa Valley Ride to Defeat ALS and Walk. Kevin and his family enlisted hundreds of friends, family, colleagues, neighbors, partners, and followers from New York, New Jersey, Connecticut, Chicago, North Carolina and throughout the world of aquatics and “Peloton Nation” to learn more and do more to improve the lives of people impacted by ALS. The result has been countless social media shares and posts by his supporters and local media coverage, along with donations raising more than $365,000 to date to benefit the mission of The ALS Association.  A strong example of Kevin’s leadership and courage can be seen in his moving speech at the 2019 Napa Valley Ride start line.

Even while his disease rapidly progressed, Kevin attended and contributed to regular meetings as a valued member of the chapter’s Ride Committee. In 2020, the Golden West Chapter and the Committee awarded Kevin with its inaugural Napa Valley Ride to Defeat ALS and Walk Elevation Award for his tireless efforts to elevate this cause and those around him to new heights. In partnership with a chapter volunteer, his team also produced an inspiring video showcasing their experience on “Ride Day.”

Kevin also participated as a trailblazing ALS advocate with Project Euphonia, a Google research artificial intelligence initiative focused on improving speech recognition technology to help people with atypical speech be better understood. Kevin worked tirelessly with their team, who also helped to create a computer-generated speech model for him. “They offered to create a voice for me using the [voice banked] recordings I already had,” he shared. “I was able to use my ‘voice’ at a golf event in Phoenix to share my story with everyone. It was the first time the tool had been used publicly.”

Inspired by his passion for baseball, Kevin became an active member on the ad hoc committee advocating for a Lou Gehrig Appreciation Day with Major League Baseball. This collaboration of families facing ALS, baseball players, coaches, executives, and ALS organizations (including The ALS Association), sought to increase ALS awareness and support nationwide. In October 2020 it was announced that all 30 teams endorsed the vision of a League-wide Lou Gehrig Day. And thanks to the incredible efforts of this committee, Lou Gehrig Day is officially scheduled for June 2, 2021. 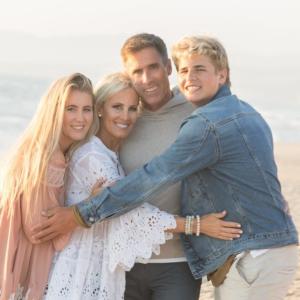 In August 2019, Kevin and Lesley joined their son, Michael, and the Menlo-Atherton High School’s varsity water polo team in taking the ALS Ice Bucket Challenge.  Their daughter, Lauren, also organized an Ice Bucket Challenge with the California Lutheran University volleyball team to inspire others to raise more awareness and money for the cause.  Lauren has taken her support of the ALS community even further by serving as an intern for the Golden West Chapter and on the SoCal Ride Committee. For ALS Awareness Month in 2020, she created a unique way for people to show their support through a special template  for Instagram stories and shared her story as a part of the annual ALS Youth Action Day.

Sadly, Kevin's journey with ALS ended on January 5, 2021. With strength and courage, he selflessly raised significant awareness and funds to benefit the entire ALS community. Even though he lost his ability to speak, he raised his voice to ensure improved access to care and to accelerate the search for treatments and cures for ALS, for those living with the disease today and those who will be diagnosed tomorrow. The ALS community will continue to #GiveEmHeller for years to come.

Kevin was a true ALS hero.

Special thanks to the team at The ALS Association Golden West Chapter and the Heller family for allowing us to share Kevin’s inspiring journey with ALS.

My father died of ALS in 1993. He participated in some tests of medications because while he didn't think it would help him, he hoped it would help others.

Trying to register for the Napa Valley Tide for ALS. Not easy to navigate. 45 minutes so far.