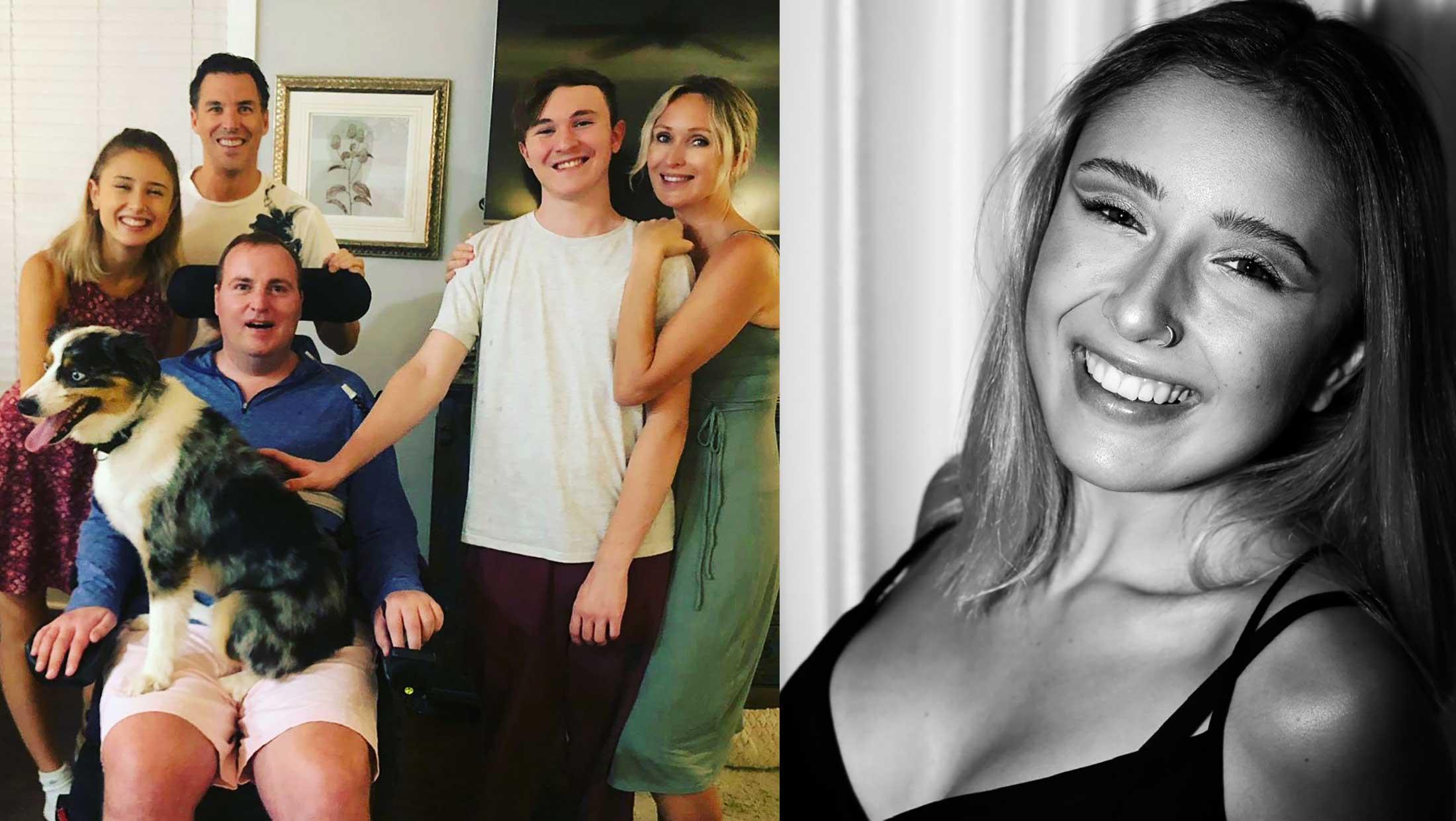 For the most part, high school senior Kellie-Anne Poirier was like any other kid growing up - going to school, enjoying time with her friends, and traveling around the world with her family. That was all true until ALS came crashing into her life.

In 2017, Kellie-Anne’s family friend, John Py, was diagnosed with ALS. She didn’t really know anything about ALS at the time or what it was, so she did some research. Learning that ALS is always fatal, robbing people of their ability to walk, talk, eat, and eventually breathe was devastating for her.

As time passed, Kellie-Anne and her family did their best to support John in any way they could. Over the past few years, watching him as his disease continue to progress was very difficult for her and her family to watch, “but nothing compared to what John must go through,” she said.

Feeling helpless, she knew she needed to do something.

She had been singing since she was about 8 or 9, and by the age of 14 started writing and performing some of her own songs. She even participated in the junior version of “The Voice” in Canada, “La Voix Junior,” making it all the way to the battles round on the program. Kellie-Anne found that music and writing songs became a great outlet to express herself and her feelings. When she found out about John, she wanted to find a way to tell his story, to tell people about ALS and spread awareness about the disease, and she realized she could do it through her music.

Kellie-Anne knew she wanted to write a song that John would be happy with, one he would be proud of. “I didn’t want the song to feel so hopeless because at the end of the day I have hope and I know he does too,” she said. “In the words of our friend John, ‘All everyone really wants to do is leave a legacy.’”

So, in honor of John, she wrote a song about ALS and fittingly titled it “Legacy.” Her goal was to spread awareness of ALS and help people understand what it’s really like to live with the disease. In her words, “John is just a normal guy and to watch the process of it (ALS), I felt a lot of pressure to really portray it in the right way to do him justice and do justice to every other family struggling with ALS.”

“Legacy” debuted on Kellie-Anne’s YouTube channel on February 28, 2020 and has already been viewed more than 15,000 times.

Visit our Facebook page tomorrow during Giving Tuesday at 12:30 PM (ET) to hear more from Kellie-Anne Poirier and listen to her sing “Legacy” live.