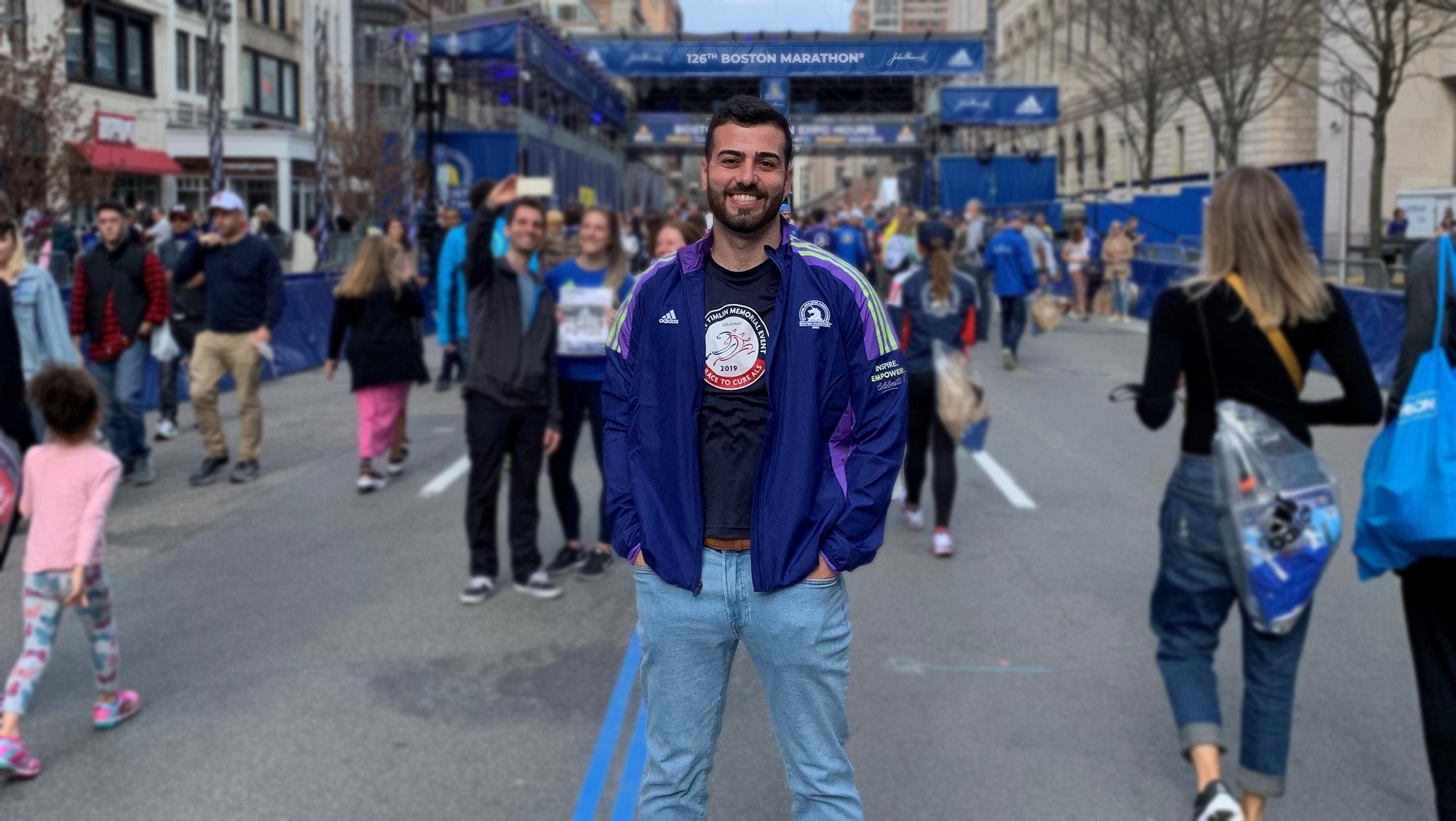 Jake met Bill Wechsler during his freshman year in high school in Holliston, MA. Challenged with academic and mental health issues at the time, Jake was referred to Bill who was the school social worker for counseling and support. “Wex,” as he was commonly known by the students, was a tremendous help to Jake over the next few years and their relationship grew into a lasting friendship.

“He brought me out of a dark spot and helped me grow as a person,” says Jake.

By the spring of his junior year, Jake had made so much progress he no longer needed the formal counseling he had become accustomed to, but he still frequently visited Bill to spend time talking with him. It was around that same time that Bill was diagnosed with ALS. 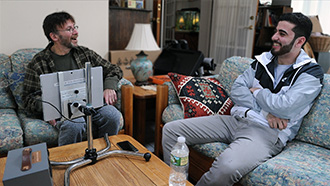 Bill remained at the school for another full year to finish up and see Jake’s class graduate. Despite the growing, evident physical effects of ALS, he showed up to work, helped students daily, and between classes stood out in the hall to greet everyone with a smile. “No matter if he used a cane to help him stand or a microphone to help him speak, he was there for anyone who came to him,” says Jake. “Wex had ALS, ALS didn't have him.” 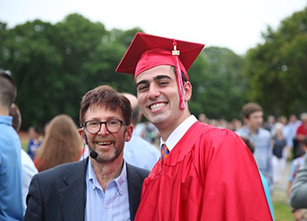 Following graduation, Bill offered his students the opportunity to visit him beyond the walls of Holliston High School at his home. Before going off to college, Jake made weekly visits to see him throughout the summer “bonding over baseball, Red Sox vs Yankees, music, stories, and the lessons I would receive from him about life,” he said. “Through these visits, I saw him as a husband, a father, a friend. I learned who he was beyond the selfless and wise teacher I had once known. He was an open book, and I was one with him. It’s funny that we were more than 40 years apart in age. We would simply just hang out and talk and laugh as lifelong friends do.”

As Bill’s ALS continued to progress, Jake was determined to join the fight against ALS and do something “big” for his friend, and although he was not a runner, he set out to run a marathon for him. 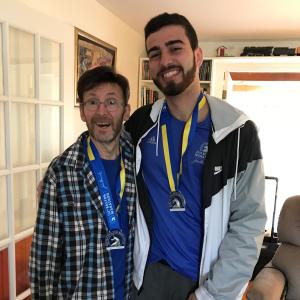 “In January of 2018, I was given the opportunity to run the Boston Marathon with The ALS Association Massachusetts Chapter,” he explained. “It was incredible to see the community rally around him and fundraise during my run and spread his incredible story. We raised a little over $15,000, but the overwhelming outpouring of support and love for Bill to see in one of his final few months was incredible.”

In the fall of 2018, during his sophomore year in college, Jake received a message from Bill to tell him he wasn't doing well and that the "end was coming soon." “I remember staying up all night crying before driving home the next day to see him. Again, no matter how much this disease physically deteriorated him, he remained the same guy with the biggest heart and biggest smile in the world,” he said. “Around Thanksgiving we said goodbye to one another. We shared one last hour or two of stories, laughs, tears, and hugs.”

While Bill was not alive to see it this time, Jake decided to run the Boston Marathon again this year in his honor. “I talked in my eulogy about how I always thought Wex was invincible, and some part of me believes he truly is,” said Jake. “He left enough love and wisdom behind to live through those who knew him, forever. That is why I am running this year. To make sure his story stays as alive, and to honor the man who truly saved my life, in addition to hundreds of other struggling kids. My goals are to spread his story as far as I can, and fund as much research in his name in hopes that it helps lead to a future where ALS is nonexistent.”

Special thanks to Jake for allowing us to share his inspiring story about his dear friend Bill and his journey with ALS.

To continue to follow stories from people in the ALS community and learn more about the disease, subscribe to receive our weekly blogs in your inbox HERE or follow us at als.org/blog.