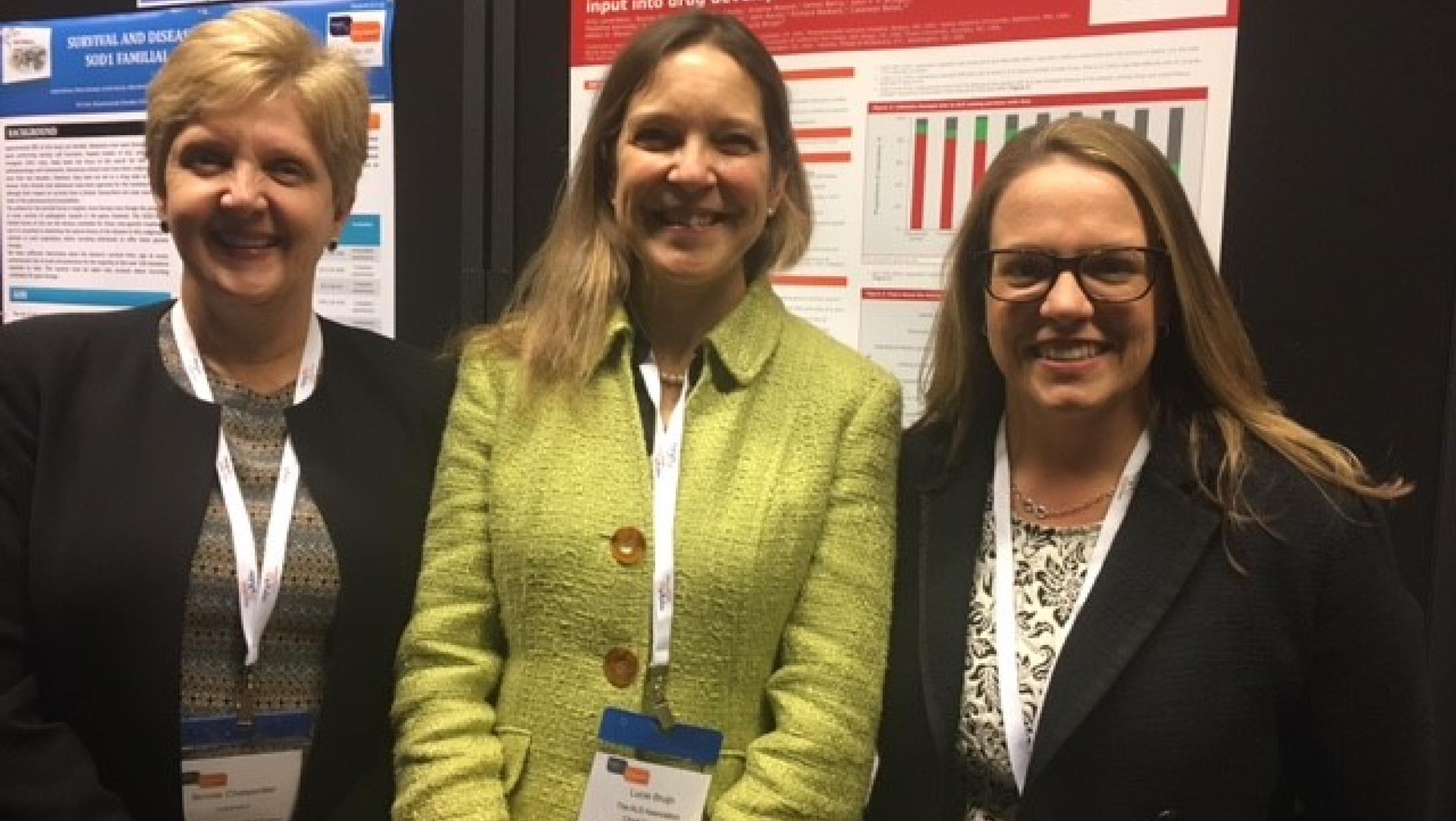 Update, January 4, 2019: The ALS PREFER program is now called ALS Focus. The article text has been changed to reflect that.

The number of ongoing ALS clinical trials has risen in recent years due to increased awareness and funding of this devastating disease. Consequently, it is more important than ever to integrate people with ALS and their caregivers into the drug development process and to gather their crucial input about ALS burden. Due to these trends, a platform initiative for patient engagement in drug development, called ALS Focus, was developed and initiated by a collaboration between The ALS Association and top ALS researchers across the country.

The first step was to initiate the IMPACT ALS survey to gather information regarding perspectives of people with ALS and their caregivers as it relates to disease burden, functional outcomes, and views on treatments. Read more to learn about IMPACT ALS and its important results.

The goal of ALS Focus is to bring patient input into the center of ALS drug development to achieve a visible impact on clinical design, regulatory review, payment, and policy decisions, all considering people with ALS and caregiver preferences. Ultimately, we hope to increase engagement in clinical trials and ensure positive trials produce results that are meaningful to the ALS community.

From this vision, the IMPACT ALS survey initiative was designed to expand available data for people with ALS and caregiver perspectives, to guide drug development practices. The survey was developed by a diverse group including members from The ALS Association, Cytokinetics, Biogen, Ionis Pharmaceuticals, regulatory experts, ALS clinical thought leaders, and, most importantly, a person living with ALS and a caregiver.

People with ALS, people assisting people with ALS, and current and past caregivers were asked to participate. Recruitment for the survey was conducted online through social media and email campaigns, at meetings, and at clinical sites, including ALS Association clinics. Members at the Northeast ALS (NEALS) Consortium, CReATe network, and the Centers for Disease Control Agency for Toxic Substances and Disease Registry (CDC ATSDR) through the National ALS Registry all took part in promoting the survey.

IMPACT ALS was comprised of the following five modules: disease background, living with ALS, approaches to treating ALS, demographics, and caregiver-specific burden of disease. It was completely anonymous and was conducted online with Survey Gizmo over a 3-week period

Overall, we achieved high participation with 1,534 people filling out the IMPACT ALS survey, although not everyone responded to all modules. Of that, 813 were people with ALS, 74 were people assisting a person with ALS, and 647 were caregivers. People with ALS were represented from every state in the U.S., with representation across states comparable to the portion of the U.S. population in each state.

These results represent an observed cross section of people with ALS and their burden of disease, as well as caregivers and their own burden.

More detailed results will be reported soon, as a deeper analysis is ongoing.

Thank you to everyone who took their time and energy to complete the survey. Your participation is imperative to our success! Thank you to all our partners for all their hard work with ALS Focus and the IMPACT ALS survey. We look forward to our continued collaboration to keep moving this important initiative forward.

This information was presented at the 28th International Symposium on ALS/MND on December 9, 2017 in Boston, Mass.

Poster CLT-03: People living with ALS and their caregiver's input into drug development

Medical writing and editorial assistance was provided by ApotheCom (San Francisco, CA) and was funded by The ALS Association.