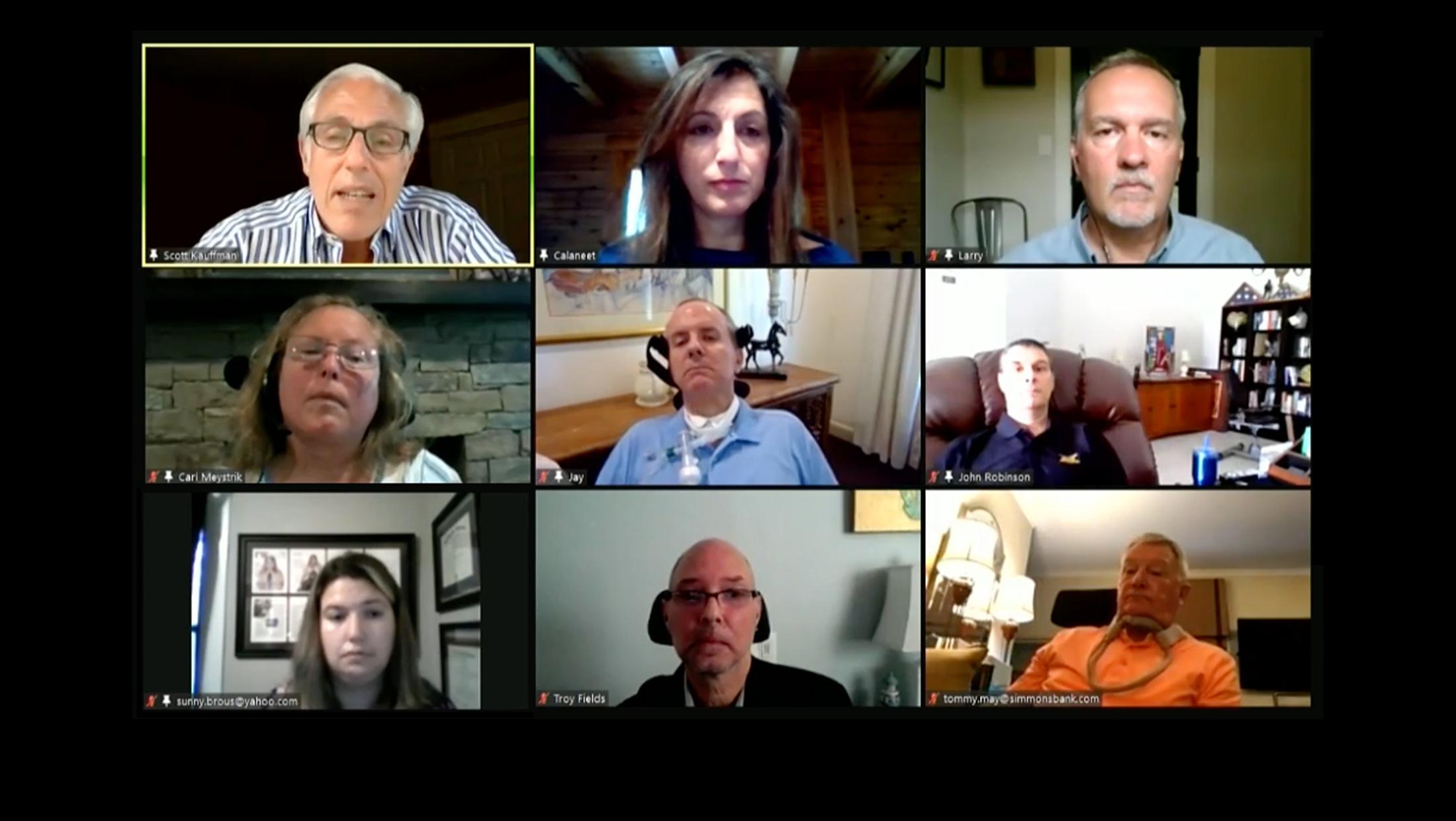 People with ALS on Tuesday called on the FDA to use its existing authority and the flexibility it promised the ALS community it would use to make experimental drugs that show incremental benefits available as quickly as possible. The comments came in a We Can’t Wait Action Meeting with FDA organized by The ALS Association.

“My challenge to you is to evaluate whether the FDA is doing all it can to give patients access to and to expedite approval of promising ALS therapies as quickly as possible,” said Jay Quinlan, a former prosecutor who was diagnosed with ALS in 2016.

“You have shown through your recent handling approvals for COVID vaccines that flexibility and expediting processes are possible. I urge you to entertain what you can do to apply that same flexibility to the ALS community.”

Quinlan read from the agency’s 2019 guidance document to remind FDA officials of their commitments to exercise regulatory flexibility and to consider patient tolerance for risk.

The 60-minute teleconference comes after the agency was criticized in recent weeks – including by The ALS Association – for suggesting an additional clinical trial for Amylyx’s AMX0035 after it showed statistically significant benefits, including extended life and slower disease progression.

”You said we need more trials, more people on placebo, and more years that none of us have to spare,” said Sandy Morris, one of eight people with ALS who testified about their willingness to accept the risk and side effects associated with experimental drugs.

Cari Meystrik, who was diagnosed with ALS in 1998, echoed the sentiment.

“Would I jump at the chance to try a drug that might help me live longer from a disease that I am dying from if it has already proven to be safe and well tolerated but isn’t approved yet? ABSOLUTELY! Please give me that chance!”

Morris expressed frustration at the fact that people with ALS again had to plead with the agency for flexibility and urgency in making treatments available, referencing FDA hearings in 2013 that eventually led to the agency’s 2019 guidance document.

“I re-read the 2013 FDA hearing transcripts with tears in my eyes,” she said. “Absolutely nothing has changed. You have not changed. ALS has not changed. The only thing that has changed are the faces of people with ALS. The [2013] speakers with ALS are gone. They died waiting.”

Troy Fields, who was diagnosed in 2018, talked about how the disease has taken away his ability to play with his grandkids and hug his loved ones. “And I was a hugger,” he said.

“When you’re given three to five years to live, even a few months makes an enormous difference,” Fields said. “For us, there is no such thing as a modest gain in life expectancy."

Sunny Brous, who was diagnosed in 2016, asked the FDA not to stand in the way of her ability to access care that her doctor and clinical team thinks would be an effective part of their overall strategy of fighting the disease – something she likened to a zone defense in football.

“As I am halfway through year six living with this disease, it is in my interest to try any therapy that my doctor and I think makes sense for me,” she said.

Dr. Patrizia Cavazzoni, director of the Center for Drug Evaluation and Research at the FDA, said she was moved by the testimony presented by representatives of the ALS community and that the agency recognizes the importance of finding treatments that provide incremental improvements as part of the search for a cure. She also said that the FDA and drug companies needed to work with the community to make treatments available.

“Clearly today’s session is testimony of the fact that people living with ALS and their caregivers are clearly going above and beyond when it comes to doing their part. And so I agree that FDA and drug developers have a big role to play and need to do their part,” she said.

In the immediate future, The ALS Association will be asking the FDA to recommit to its 2019 ALS clinical trial guidance, to explain in a detailed report how it has implemented the guidance, and how it plans to get effective treatments to people with ALS faster.

We need a better campaign to approach our representatives in Congress and a coordinated effort or thousands to approach the FDA.