Eric Sedransk: Why I Joined the Fight Against ALS 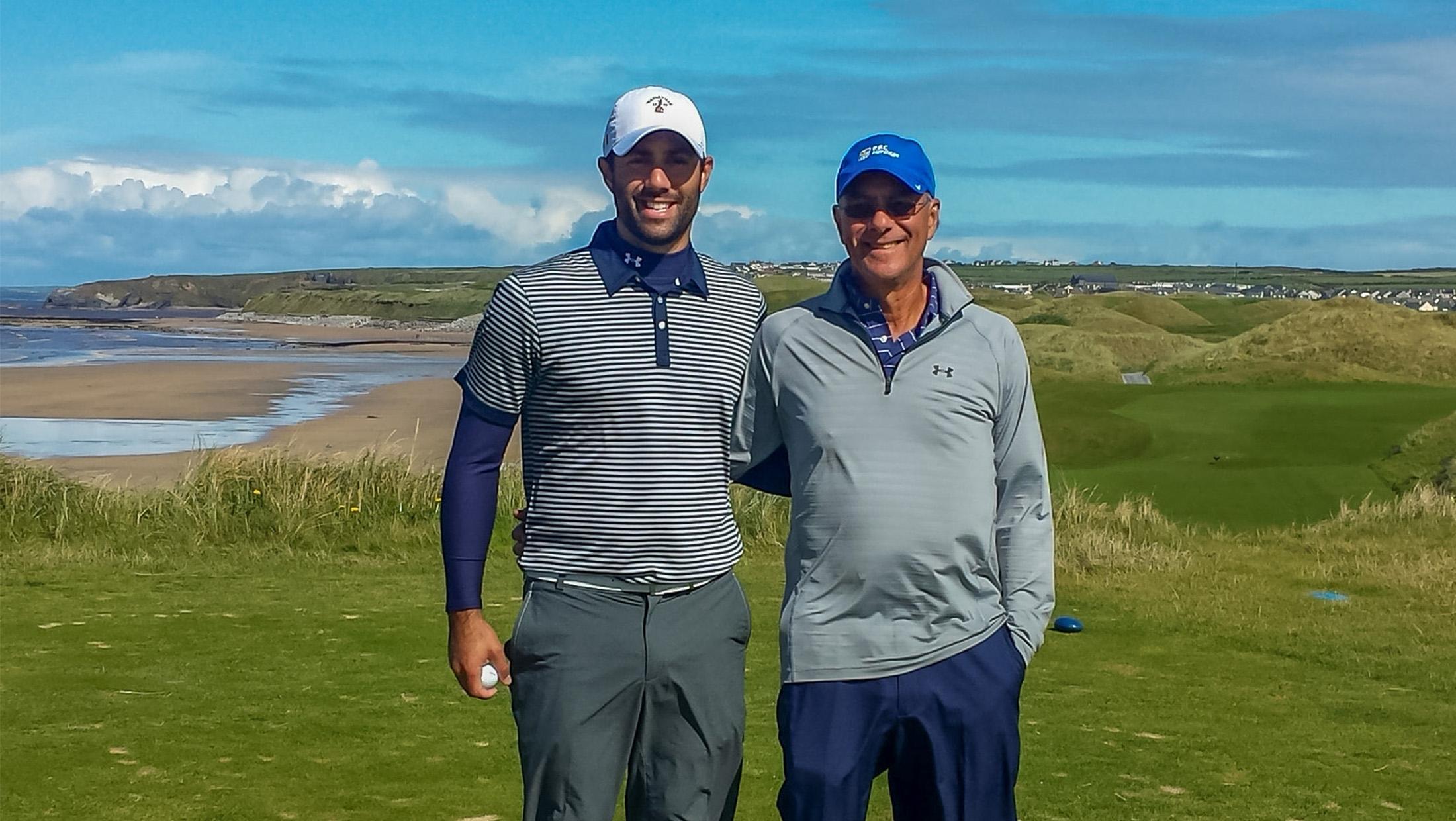 I remember the feeling of the cobblestone streets under my feet. The first night of a ten-day Irish golf trip, spirits were high as my father, brother and I explored Dublin. As we glided across the street, I looked up to see my father falling face-first towards the stones below. A split-second reaction allowed him to brace his fall, saving a broken nose in the process and avoiding a disastrous start to the long-awaited trip.

Over the next few months there were more occurrences: walking down the aisle at a basketball game, stepping over a parking block on the way to getting frozen yogurt. Diagnosed as a simple case of foot drop, a carbon fiber support now strapped to his calf, and he was back on his merry way.

But slowly and steadily the foot drop led to a loss of leg strength, then his hands started to hurt, and eventually the unthinkable, three letters we never imagined we’d hear: A L S.

My father was a great athlete. He competed in triathlons and was a competitive basketball player well into his sixty’s; often competing against players my age. He ate well, read often, retired early and enjoyed the simple things in life like tending to a garden. 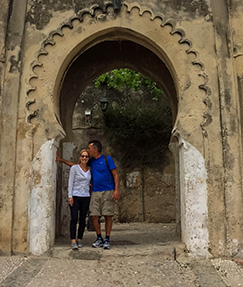 He and my mother settled into the low country of South Carolina after retirement to Hilton Head Island. He picked up golf as a way to get out of the house, a hobby chosen out of necessity for my mother’s sanity.

Life was easy for my father post-retirement, and he enjoyed his time at “the office,” aka the beach, where he’d wallow away the time on the phone with his childhood friends who were still working to tell them that he was, in fact, at “the office” too.

I remember when my parents first sat me down and told me about his diagnosis. I brushed it off. A classic case of denial. It can’t be. Not possible.

But over time, and with help from meditation, denial changed to acceptance. How lucky I am, I thought, to have time with my father to say a long and thoughtful goodbye. A selfish perspective for sure, but one that helped me get through the months ahead.

It was the temperature of the room, so cold my normally warm body was shivering underneath the glow of the fluorescent lights. My father lay on the hospital bed gritting his teeth as electric shocks were sent through the nerves of his legs to evaluate if they still worked.

The patriarch, the man who raised you. The one who made you feel safe, who commuted into New York City for 25 years straight to make sure that there was a roof above your head and food on the table, now in the middle of yet another painful medical exam.

ALS can be ruthless in its progression.

Every day the body becomes a tiny bit worse than the day before. Some days you can’t tell any noticeable difference. Oftentimes weeks go by and everything seems unchanged, but don’t visit for a month or two and the differences can be shocking.

The most basic of daily activities eventually resemble reaching the summit of Everest. I remember walking into my parent’s bathroom one afternoon and seeing my father with a despondent look on his face, asking if I could roll his sleeves up so he could wash his hands without soaking his shirt.

Getting in and out of bed soon became a 3-person endeavor between my mother, myself and our angelic aide, LaMay.

First, the wheelchair was parked as close as possible to the hospital bed. Then slowly it was raised to match the approximate height of the mattress. A wooden transfer board was then wedged underneath my father’s right leg and buttocks. Next, in a choreographed effort, the three of us would gently slide my 71-year-old father’s body over to the bed without causing too much jolt upon impact.

On nights where the impact was too much, the wind was instantly knocked out of him, leaving him gasping for air. Some time on the BiPAP machine and calming medication would often alleviate the situation. On one of those occasions, I woke up at 6am the next morning to catch my flight home and saw my mother sitting on a chair by his bedside (having not slept a minute) telling me that he had been gasping for air all night and she had been too scared to fall asleep.

I trudged to the airport half-asleep in full disbelief. I kindly asked the gate agent if I could switch my flight to a later date. A change was quickly made, and I returned to his side to comfort him. Tears filled my eyes in the process.

Eating became the scariest part. More often than not food would get stuck in his esophagus and a choking fit would ensue. My mother and I became adept in using a device that would seal over my father’s nose and mouth that sucked out the lodged food, his body imitating vomiting. There were several times where the machine was left in a different room which had me sprinting through the house in search of the life-saving equipment.

But through it all my father remained immensely brave.

The difficulty of dealing with your own demise must be unimaginable. In his last few years, he spent a large portion of his time making sure all of the family's finances were in order; often spending hours with me going through stacks of papers, his hands too weak to type at this point. I’d translate the information into spreadsheets that would help us decipher everything once he was gone.

Often forgotten in ALS conversations are the spouses. The toll can be unbearable, the tasks Sisyphean. My mother dedicated her entire existence to my father for five increasingly difficult years. Her petite body pushed to its limit to transfer 170 pounds of weight from the shower chair back to the wheelchair. Years of troubled sleep thinking that you won’t hear your husband in the next room calling for help. I’d often lay awake in bed worrying about her.

It was New Years eve of 2019 and my brother and I had recently flown up to New Jersey for my nephew’s birthday when we got the call from our mother. “Your father is not really conscious anymore, but in his current state he looked at me and said ‘Where are my boys? I want to see my boys.’”

Tears still fill my eyes as I recall the moment.

The next morning, we were on a flight to South Carolina, me in the morning, my brother in the afternoon due to work. By the time I arrived my father was still alive, but no longer conscious. I sat by his side and told him I loved him. 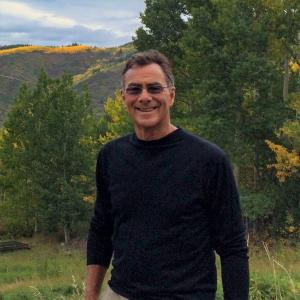 The once strong, handsome, confident man, decimated by a disease that we’ve known about for more than one hundred years and yet still have no cure for.

Soon his labored breathing came to a halt and just like that, he was gone.

My brother showed up a few hours later and oftentimes I wish I had too. Those last few hours replayed in my mind following his death.

What we went through during the five years my father and our family lived with ALS were the most difficult of my life. However, I’m grateful for the time spent together during that time. I think about the everyday moments often now that he’s gone.

It’s estimated there are over 30,000 people in the United States living with ALS; a relatively small number when you compare it to other diseases. I often wonder if this is the reason there’s still no cure.

I’m hopeful that the next generation won’t have to go through what my family and I did.

I’m hopeful that sons and daughters will no longer have to helplessly watch their parents wither away in front of their eyes.

I’m hopeful because when my father left us, he left a piece of himself with me, and I’ll do everything I can to raise as much money and awareness as possible so that those three letters - A L S - are no longer considered a death sentence.

I’m hopeful and I hope you are too.

Special thanks to Eric Sedransk for sharing the story of his family’s journey with ALS. As Founder & Charity Golf Officer at Member for a Day, Eric is fighting ALS through a golf auction in partnership with the Major League Baseball Players Alumni Association and The ALS Association. To learn more about the auction, please visit https://go.memberforaday.co/lougehrig.

Eric
you have brought tears to my eyes once again. My father also had ALS but we were all spared so much of what you, Linnie and the whole family went through. He had a massive heart attack and died in minutes with the ALS only progressed to his legs. We all remember Ira so well and so often