Challenge Me to Halt the Progression of ALS 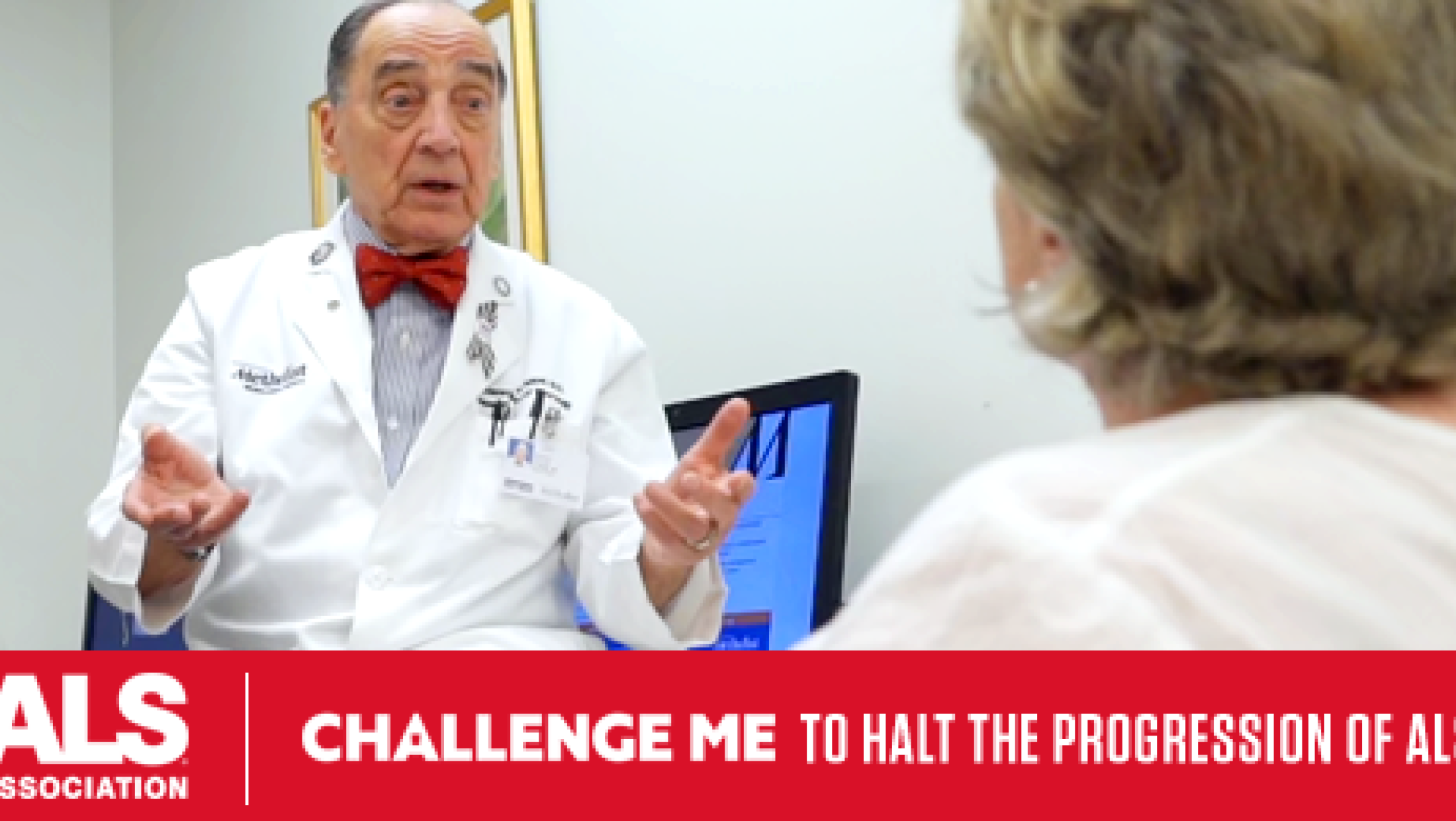 I call ALS “the nice guys’ disease.” For, as indiscriminate as it appears, ALS certainly has a way of finding the best and most courageous people to attack. Watching people endure the wasting of their muscle control and seeing them defiant in the face of the sure and steady loss of communication and independence, makes me defiant too. People with ALS fight the disease with great courage. Seeing the fire and determination of my patients inspires me every day. Our team puts that inspiration to work in the clinic and in my lab, where we are on a promising path to finding effective therapies to slow ALS.

The money you generated by accepting the ALS Ice Bucket Challenge has changed the treatment and care landscape for people living with ALS. It has funded groundbreaking research, giving the medical and pharmaceutical communities more insight into how ALS progresses. These discoveries help us narrow treatment targets that we can test in our labs - and in more clinical trials - in more places across the country. In fact, The ALS Association has been able to increase the number of Certified Treatment Centers of Excellence by 29 and Recognized Treatment Centers by 20. This makes better care more accessible to more people fighting ALS.

Thanks to money raised through the ALS Ice Bucket Challenge, we have been able to open a new avenue of study into the immune system’s response to damage to the nerve cells in the central nervous system. We’ve been able to acquire an incredible amount of data pointing to the dysfunction of regulatory T-cells in the immune systems of people with ALS, and have learned how to expand the regulatory T-cells to restore the functions. Preliminary studies suggest that the infusion of these expanded cells back into the ALS patients from which they were derived was safe and well-tolerated and can potentially slow disease progression.

We have the potential to transform ALS from a 100 percent fatal disease to a manageable, chronic disease like diabetes. This is an unprecedented time in the ALS research and treatment community and it is due in great part to people like you who answered the Challenge and joined the fight to end ALS.

The Challenge Me campaign picks up where the ALS Ice Bucket Challenge left off. This time, the ALS community is challenging everyone to do anything and everything they can to cure ALS. Click here to learn more.