Cathy Kettner and Jim Weber on Familial ALS, the Importance of Advocacy, and Who They are Fighting For 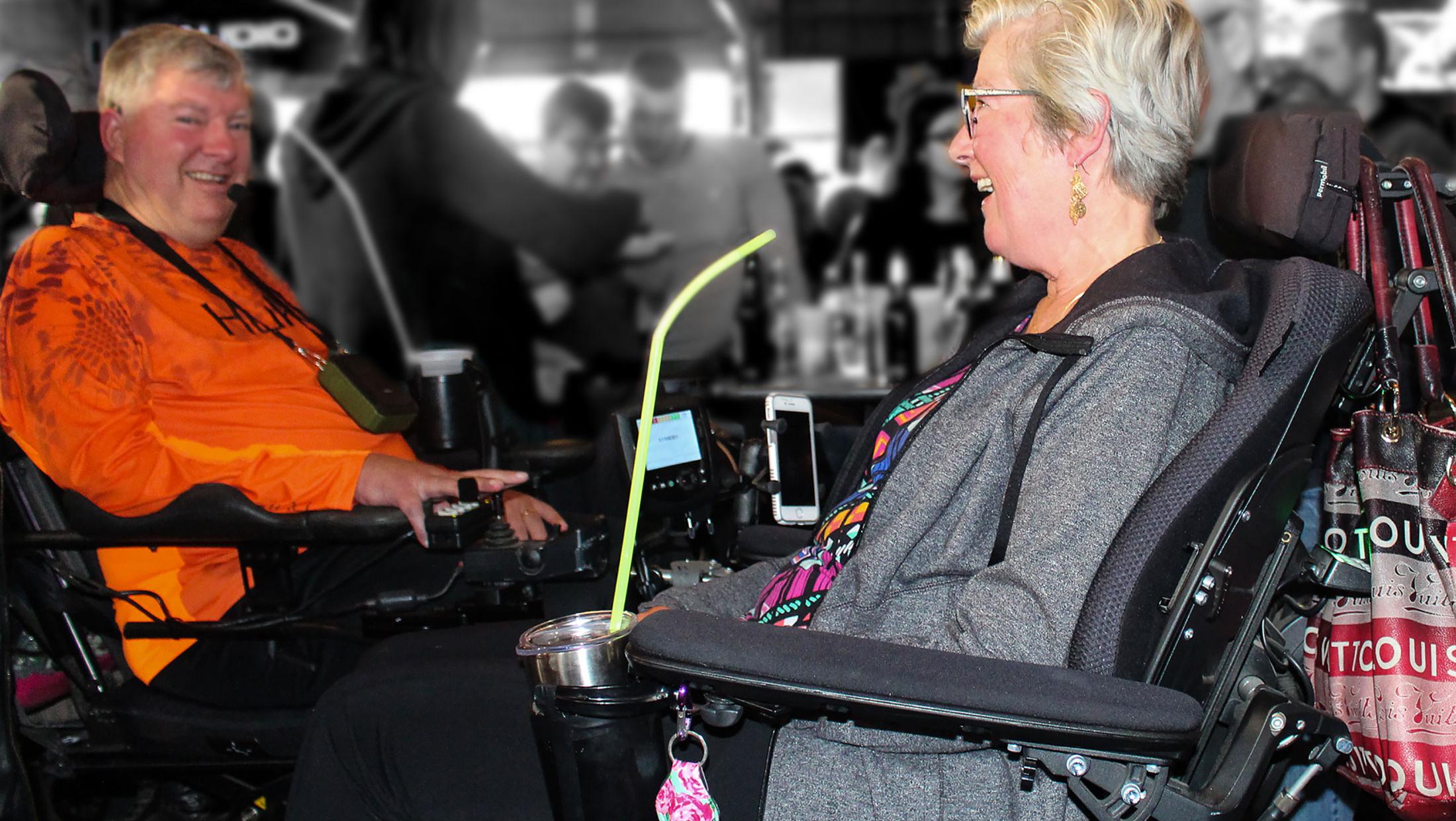 About 10 percent of all cases of ALS are due to genetic mutations and are inherited from a family member. If there are two or more family members with ALS, the disease is considered familial, and there is a 50% chance of passing that mutation on to each of his or her children.   For siblings Jim Weber and Cathy Kettner, it’s the 50-50 proposition that brings them to the fight.

“My father died in 1999, my sister was diagnosed in 2000, she lived until last year in October,” Cathy said. “I have an older sister who is living with ALS, Jim, who is living with ALS for eight years, and another brother Richard who was diagnosed a month ago. We have two cousins in our family who have it, both from different families, and we have nieces and nephews who are certainly running scared,” she said.

And it’s those family connections that inspires Jim and Cathy to fight.

“It runs in the family so strong,” Jim said. “When you start looking at generations down the road — for me and a lot of our siblings, we might not see a cure for this; but we’re all pushing very hard to make sure that there is one for our kids.”

Cathy talked about the additional component of sharing the diagnosis when it comes to familial ALS.

“You are telling them that they have a 50/50 chance of dying of the same thing they’re going to watch us die of, and it’s tough.”

She echoed her brother’s sentiment about fighting for her three kids and two grandkids.

“They’re at risk too, and without a cure for this disease, without being able to fight this disease and find something to stop it, it will continue. It’s tracked through our family and we know that,” she said.

The progression of ALS is similar for everyone in the family.

“We lose our arms and the ability to feed ourselves, scratch our nose, wash our hair, wipe our butts within four to five years. Ours is a very slow-moving form of ALS,” Cathy said.

A year ago, Jim and Cathy traveled to Washington, D.C., as part of The ALS Association’s annual advocacy conference. Jim reflected on his use of a noninvasive ventilator and the importance of sharing personal stories with lawmakers. Congress recently passed legislation in response to the COVID-19 pandemic removing noninvasive ventilators from competitive bidding, which will ensure access for people with ALS on Medicare.

“It’s very important to get in front of these representatives and senators because there’s no better way than to talk to them to get that money released. But also to understand what ALS patients need. They can’t just take away the rights of people who have so little already. And the money is so important to shake loose for ALS because it’s always been an underfunded organization. It’s been an underfunded disease. They didn’t even hardly know anything about it 25 years ago,” she added.

Despite the pandemic, ALS advocates from across the country will be meeting with lawmakers via teleconferencing next week as part of the Association’s virtual advocacy conference.

Cathy likened progress in the fight against ALS to the growth of a rose.

“If you have a rose, and it’s a bud, it takes a lot of energy to start opening it, but once you do, it just flies open and that’s where we’re at. We’re using a lot of energy to find out, narrowing down some of the things that are going on with clinical trials and things. But once it starts opening up and they start finding things, there’s so much potential for learning more,” she said.