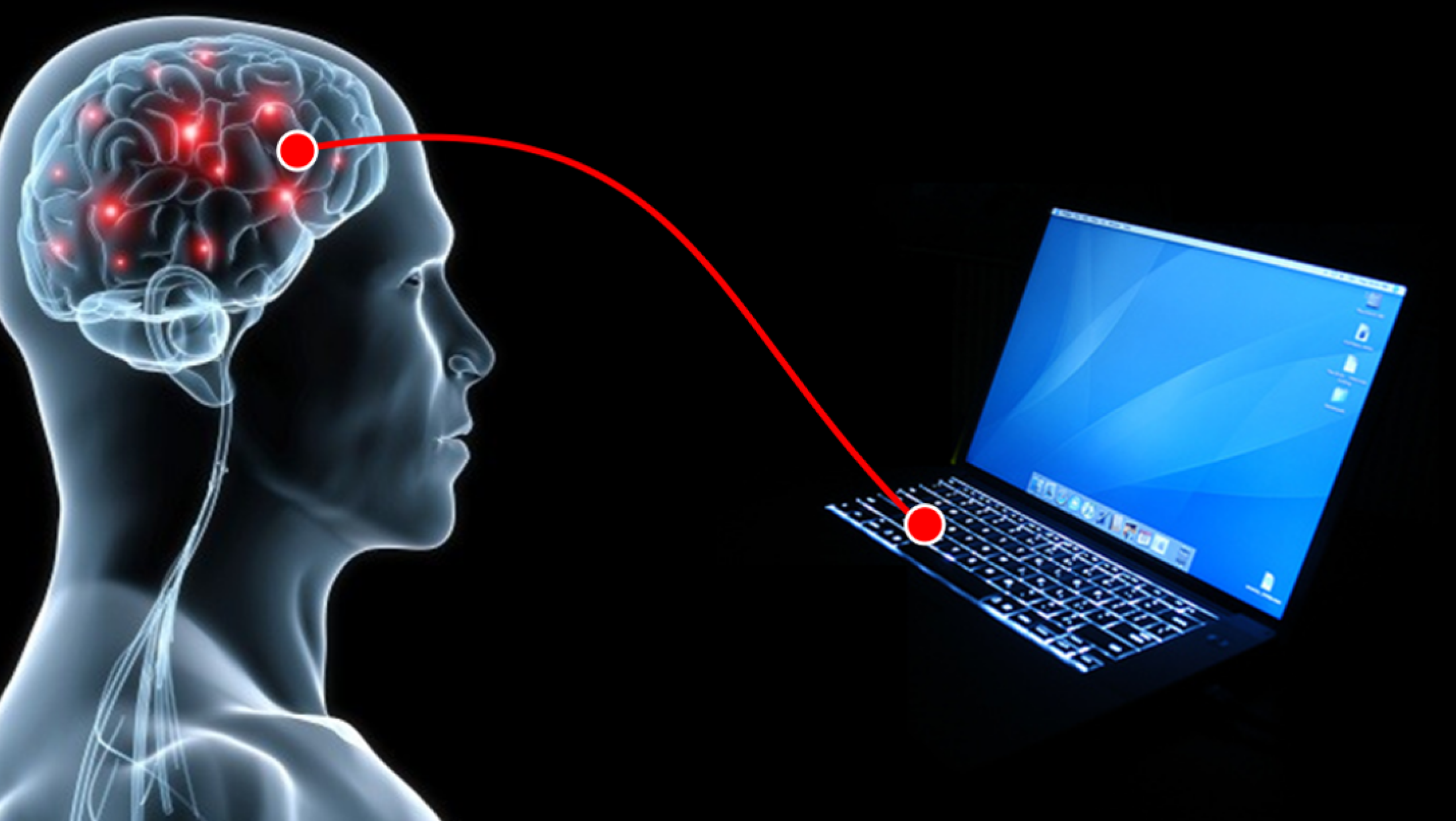 Dr. Andrew Geronimo is a talented young investigator using brain computer interface (BCI) technology to improve the lives of people living with ALS by enhancing their ability to communicate. He and his mentor Dr. Zachary Simmons, also at Penn

State Hershey Medical Center, have received a grant from The ALS Association to develop new opportunities for BCI technology. Together they work to train people living with ALS and their caregivers on how to setup and best use BCI in their homes through a telemedicine program. Through this work, they are continuously optimizing the BCI system.

“The ultimate goal for our research is make a difference now for people living with ALS. By listening to their needs and engineering a BCI to meet those needs,” stated Dr. Geronimo.

What is Brain-Computer Interface (BCI)?

In ALS, motor neurons are damaged and those connections break. This results in muscle weakness and eventually paralysis. BCI is revolutionary in that it makes up for that lost connection.

Technically, BCI uses an electroencephalogram (EEG) to record the electrical activity of the brain. An EEG is like the brain’s equivalent of the heart electrocardiogram (EKG). Those signals are then directly sent to the computer where the signals can be broken into patterns and interpreted.

For Dr. Geronimo's study, the participant with ALS wears a cap with electrodes on it that is connected to a computer. For full brain coverage, Dr. Geronimo records from a wide area in the brain in 22 channels to make sure that they do not miss any signals. They expect signals to happen in one region of the brain, but it does not mean it will be there, especially since people have different skull shapes that can affect where the signal is read. After some practice, they learn where the signals are coming from in each participant and eventually may need only five to six channels.

Currently, BCI serves as an alternative to eye gaze technology, another type of assistive technology that uses the location of eye gaze to select icons on a computer screen. Unfortunately, some people lose the capability to use eye trackers due to problems with their eyelids and/or the decline of their ability to move their eyes. BCI is important because it fills that communication need, since it does not rely on any movement at all. That is so crucial for people living with ALS that cannot communicate.

Right now BCI systems serve a small population of people living with ALS. In the future, with continued improvements and upgrades, it should be able to help more people. Funding from The ALS Association allows Drs. Geronimo and Simmons to make those improvements and streamline BCI, for example, by removing elements that make it difficult for home use, like cables, gels and complex computer programs.

The goal is to make BCI easy enough for anyone to set up and use on a daily basis. That would make a huge difference for people living with ALS who cannot use other means of communication.

P300 Speller: The P300 Speller is an application that spells out words using a person’s thoughts. This does not mean that Dr. Geronimo can read your thoughts or learn your social security number, however. Instead, the P300 looks for very specific signals.

The participant wearing the electrode cap looks at a computer screen with several letters flashing on it as they think about a certain letter they would like to use to spell a word. When they see that letter, they go “ah ha!” in their head. That act of recognition is recorded on the EEG. The computer then interprets the EEG signals and spells the letters and words they were thinking about.

Usually, participants are both competent and confident with the P300 speller by the second session of training. In some sense, the participant has the easier job. More of the burden actually falls onto the caregiver, who needs to learn how to put the cap on the participant, operate the computer program, make sure all the wiring is connected, among other things.

Sensorimotor rhythms (SMR): The SMR uses motor imagery to accomplish a motor action. For example, if a person lifts their left arm off the desk, there is a signal that goes off in the motor cortex (the part of the brain that controls movement) on the right side of the brain.

Interestingly, when that person thinks about performing this movement, similar EEG signals are generated. These brain patterns can be recorded by EEG and interpreted by the computer. In their study, Dr. Geronimo trains participants to think about moving their right or left arm to move a cursor on the computer screen to select different objects.

The SMR program is a much more difficult application to master than the P300. It is similar to learning a new motor skill and generally takes a bit of practice for the participant to succeed.

Other potential BCI applications include home control like turning on the lights or television. Even control of robotics and orthotics may eventually become more streamlined with BCI technology. The BrainGate study, originating out of Brown University and including researchers from Massachusetts General Hospital, Case Western Reserve University, Stanford University and Providence VA Medical Center, is one study exploring BCI applications. For more information about BrainGate visit http://braingate2.org/index.asp.

Every person living with ALS is different due to the heterogeneity of the disease, creating limitations in BCI use. A previous study by Dr. Geronimo and colleagues showed that one of the biggest limitations was ALS-associated cognitive impairment.* Other major factors include distance to the clinic and the amount of training that is required. Indeed the biggest decision to participate in the BCI study is distance. If people live far away, they are much less likely to participate. One can imagine how taxing it is for a healthy person to travel two hours to the clinic for four study sessions, let alone someone living with ALS.

The telemedicine program at Penn State Hershey Medical Center was established to allow previously underserved individuals the opportunity to experience real-time, face-to-face care through a secure web-based video interface. The Association-funded study led by Dr. Geronimo will further this mission by removing some of the distance constraints related to BCI.

Instead of traveling to the clinic multiple times, people with ALS can experience BCI training, monitoring, and communication technologies through the telehealth interface. Remote monitoring of BCI will allow the clinic team to judge its efficiency and remotely adjust parameters and recommend alternative solutions outside clinic visits. This also allows the interaction of the participant with the clinical care team.

As part of the telemedicine-BCI study, the team at Hershey is buying six full systems, all of which will be used in the homes of people living with ALS that would most benefit from telemedicine-BCI. The goal is to enroll fifteen people total and to eventually expand the program based on the findings from this study.

“Not a lot of people know or understand BCI. We want to get it into the homes of more people in order maintain a person’s ability to communicate and improve their quality of life.” - Dr. Geronimo.

Thanks to supporters of The ALS Association, this study will make BCI a more effective, streamlined device that improves the communication abilities of a person living with ALS. More people living with ALS will use BCI, not only in the clinic but at home.

How to get involved in the study:

I need to speak to you I had something happen to me and i dont want to go into detail over the internet .