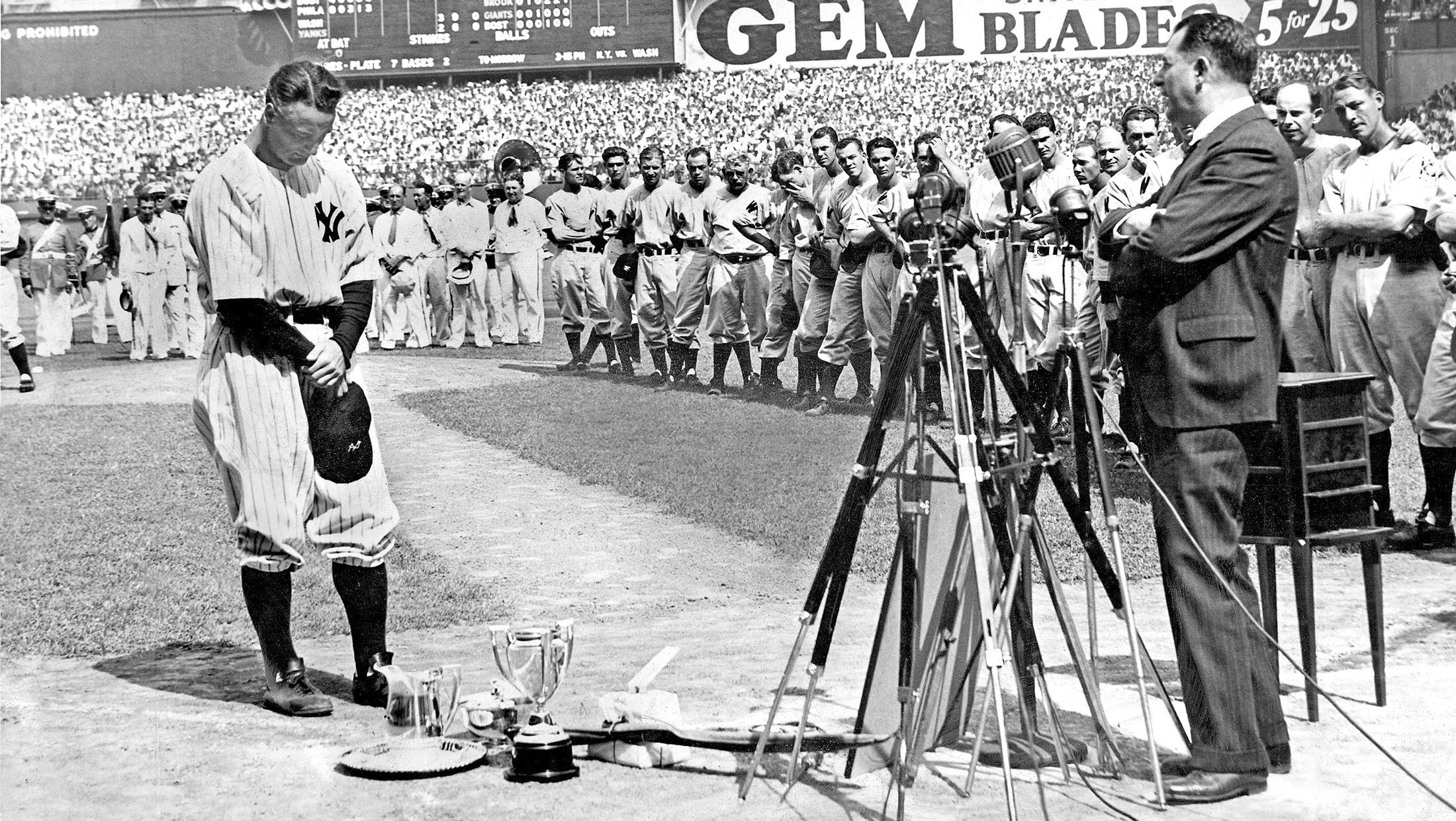 Lou Gehrig used to visit me in my dreams.

When I was writing my biography of the legendary baseball player, I feared that I would never truly know him. He was shy. He never wrote his own book. If he wrote letters to his mother or his wife, they didn’t seem to exist. He left behind no children, not even nieces and nephews, to pass along his story, to share their memories, to reveal his quirks and foibles.

What if his shyness concealed an inner torment? What if it hid a lack of intelligence? What if I wrote a book and got his personality wrong?

In the one I remember most vividly, I was driving an old Packard on a long, remote, dusty road. I spied a hitchhiker. As I drew closer, I could see the hitchhiker was Gehrig. I couldn’t believe my luck. I pulled over to pick him up. At last, after years of research, I would get to speak to the man of my obsession. But as I stepped on the brakes and pulled over, Gehrig waved me on. He didn’t want a ride, at least not from me.

What was I to do?

It’s often said that if a baseball players fails 70 percent of the time, he’s still a .300 hitter and a superstar. But biographers fail all the time. No one can tell another person’s life story and get it entirely right. Biographers learn, as ballplayers do, to accept the impossibility of the task and do the best we can. We struggle to fail as little as possible. My job was to learn everything I could about Gehrig without meeting him, without his letters to his mother, without the help of his family. I applied myself with the same discipline and determination that Gehrig, not the most graceful of athletes, did in learning to play first base.

One day, I traveled to the home of a baseball memorabilia collector in Libertyville, Illinois, to look through his massive collection of baseball auction catalogues. The catalogues were not indexed. I had to flip every page. I wanted to know what traces of a life Gehrig left behind. I found a wallet. An old hat. A check for a down payment on a car. A baby photo.

And then I found a letter—a letter Gehrig wrote to one of his doctors after being diagnosed with ALS.

My heart raced. Gehrig letters were rare enough. A letter to his doctor? Unbelievable! On the first page of the letter, visible in the catalog, Gehrig wrote about the changes he’d noticed in his body, about his weight, about his attempts to quit smoking. I had to see what came on the next page.

It took me six months to find the owner of that letter. As it turned out, he had the entire collection of letters between Gehrig and his doctor at the Mayo Clinic, more than 200 pages of the most intimate, heartbreaking, inspiring letters I ever could have imagined.

Gehrig didn’t know I would come along 60 years later and read his private thoughts. He could have expressed anger, depression, or anxiety. But he didn’t. He held on to hope—for his own health and for the wellbeing of his loved ones.

In his farewell speech at Yankee Stadium on July 4, 1939, Gehrig called himself the luckiest man on the face of the earth. He wasn’t thinking of himself, though. He was thanking those who had helped him in life. He was helping his family, his friends, and his fans get through the ordeal of his illness. The letters he wrote to his doctor showed that Gehrig did the same thing in private. He showed no self-pity, no denial, only grace.

All his life, Gehrig was taken for granted. The sportswriters called him boring. It wasn’t until he came to the end that those same writers realized that they had overlooked him. Gehrig never boasted. He never wrote a memoir. Even in my dreams, he felt no need to explain himself.

Jonathan Eig is the author of Luckiest Man: The Life and Death of Lou Gehrig.