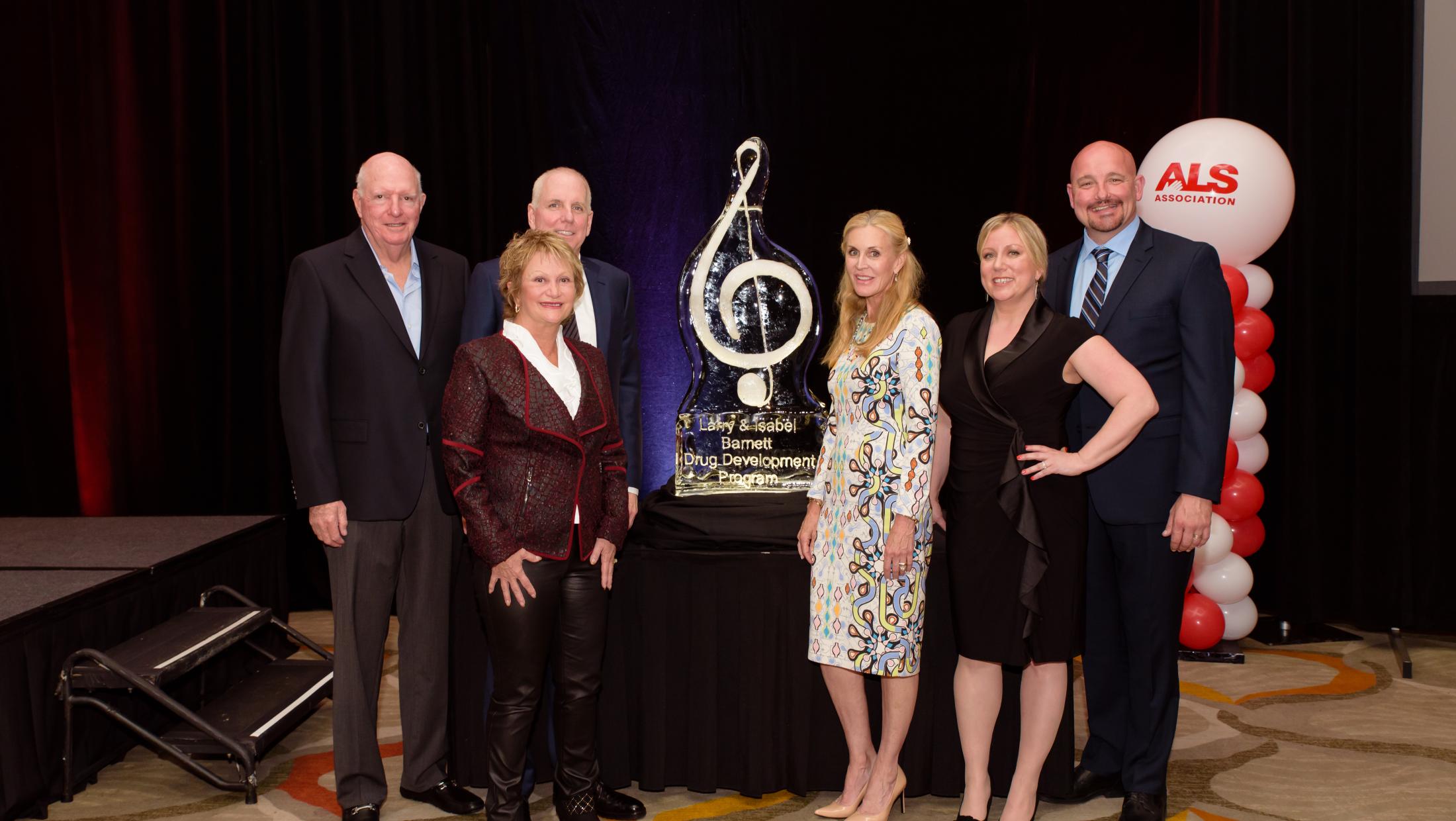 The Barnett family was surrounded by friends and colleagues to celebrate their significant contribution to ALS research over many decades of The Association’s history.

Lawrence and Isabel Barnett are both widely respected for their roles as a prominent entertainment executive and as an actress in television and theater, respectively. For many years they contributed their time, talent and treasure to The ALS Association after a family friend was diagnosed with ALS. Lawrence was a guiding force behind founding the ALS Association, serving as the first chairman in 1985 and played an active role in the organization’s funding and development. Over the years, their contributions to the fight against ALS have advanced understanding of the disease through groundbreaking research. Lawrence Barnett, Jr. has served on The Association’s Board of Trustees since 2009 and continues the family tradition.

It is only fitting to name The ALS Association’s TREAT ALS™ (Translational Research Advancing Therapy for ALS) drug development program in honor of the Barnett family, since they have made such a huge impact on ALS research. The Lawrence and Isabel Barnett Drug Development Program has enabled the development of novel therapeutics that are currently in clinical trials for ALS and other related neurodegenerative disorders, such as antisense therapy against SOD1, the second most common genetic cause of ALS. It has also been instrumental in building and fostering academic-industry partnerships and has contributed to the explosion in companies, small and large, entering the ALS field.

We look forward to hearing more about the exciting research projects and their progress that comes out of The Lawrence and Isabel Barnett Drug Development Program. Thank you to the Barnett family for making a significant impact on ALS research and committing to further the search for treatments and a cure for many years to come!