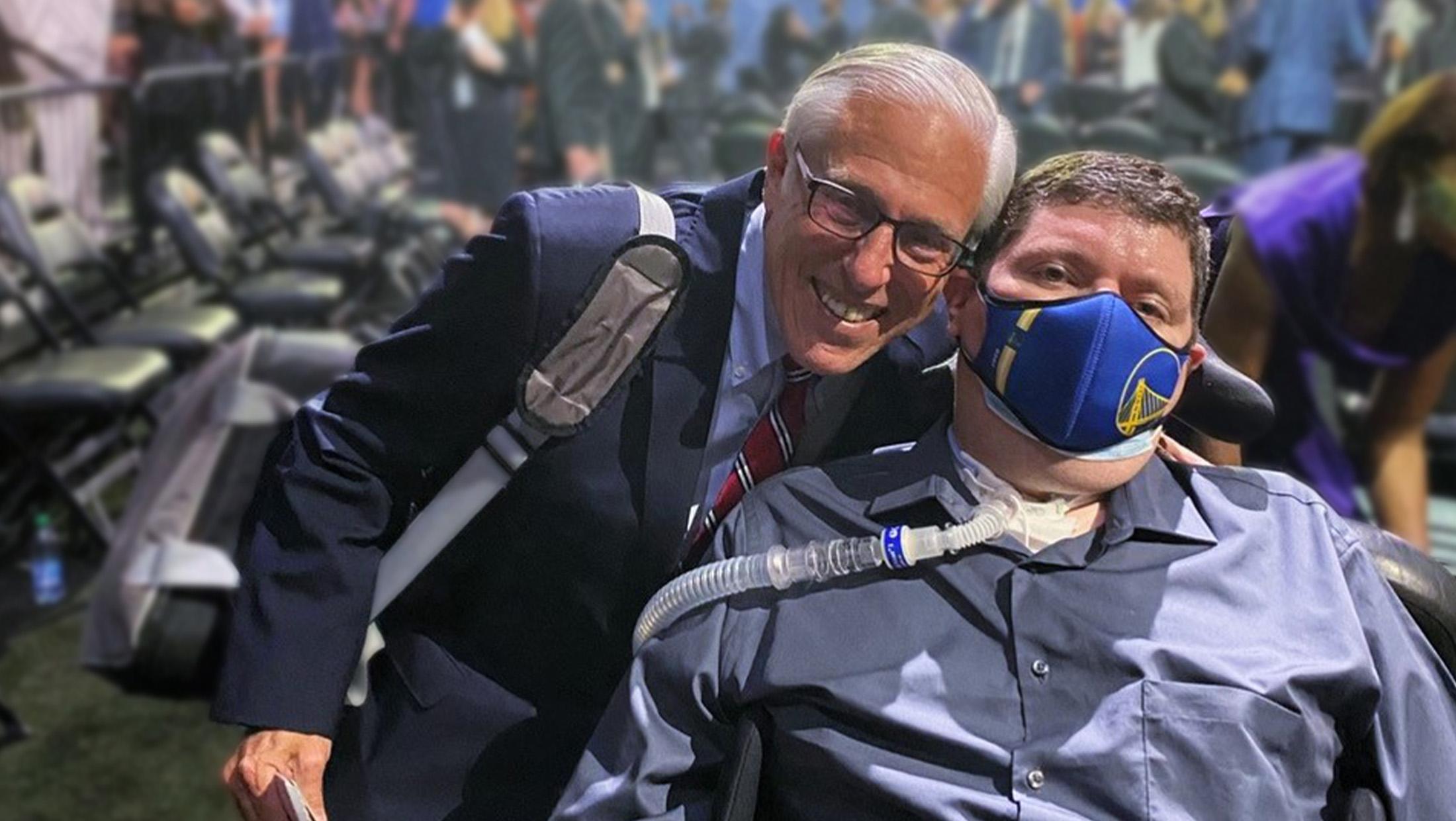 The ALS Association recently announced the creation of a new award to honor “superfans,” the most passionate sports and entertainment fans who are also living with ALS. The award is inspired by Stephen Kauffman, who was diagnosed with ALS in 2012, and was honored in 2021 by the Naismith Memorial Basketball Hall of Fame as a Golden State Warriors superfan. The goal of the ALS Superfan Award campaign is to raise $1 million, with 100% of proceeds going directly to ALS research.

“Stephen Kauffman has shown how being a superfan can inspire a community and enable someone living with ALS to transcend even the most devastating of diagnoses,” said Calaneet Balas, President and CEO of The ALS Association. “The Stephen Kauffman ALS Superfan campaign will enable us to honor the most devoted sports and entertainment fans, while generating new funds dedicated to the search for new treatments and cures.”

To kick off the campaign, the Association has launched an auction featuring one-of-a-kind sports memorabilia, experiences, and several other items. All proceeds from the auction – which closes at 9 pm ET on October 20 -- will go directly to ALS research. You can make a donation or bid on an auction item here.

“I’m honored and grateful for this recognition and glad the campaign will help fund much-needed ALS research,” said Stephen. “I have always been a sports fan and have been lucky to have a front row seat for four Golden State Warriors championships, whether in the arena or at home in front of the television. I’m thankful for all the members of the Warriors staff and community who have supported me over the years.”

Added Stephen: “I would love for this award to honor sports fans of all backgrounds who are fighting ALS.”

The Golden State Warriors will sponsor a private event in Palo Alto to honor Stephen and launch the ALS Superfan campaign.

Stephen’s father Scott is chair of The ALS Association Board of Trustees and serves as a caregiver for Stephen.

“Throughout this horrific journey known as ALS, our family’s shared love of the Golden State Warriors has kept us all going,” said Scott. “There’s no doubt that many other families living with ALS share a similar bond around a favorite team, athlete, or entertainer. We’re humbled and grateful that this campaign will honor Stephen while also supporting the urgent work to end ALS.”

The first recipient of the Stephen Kauffman ALS Superfan Award will be announced in Spring 2023. Future recipients will be honored on an ongoing basis. If you know of a superfan who is living with ALS and deserves to be recognized, please email [email protected].