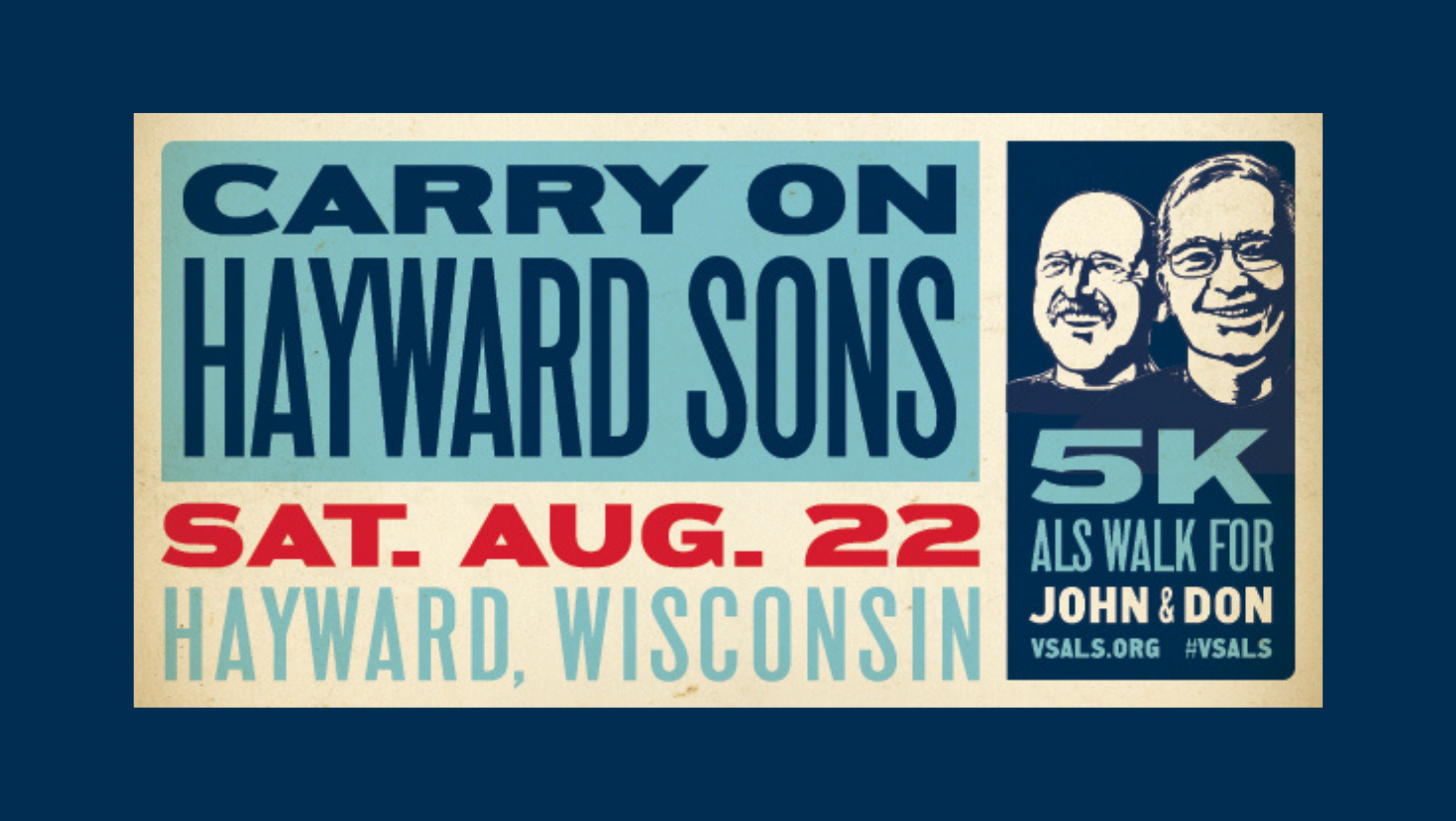 John Jaeckel and Don Sheehan are from Hayward, WI.  John is a former athlete, High School Special Education Teacher, and coach. He was diagnosed with ALS on July 21, 2010 and continues to battle this horrible disease.

Don served in Vietnam from January of 1968 to January of 1969. He Started working for the City of Hayward Police Department in 1971 and was known as the "Sunday Cop". Don then became Chief of Police and had a total of 35 years with law enforcement. After 8 years of testing, Don was diagnosed with ALS on November 1, 2018 at the Minneapolis VA Medical Center.

Rather than being victims, Joh and Don made the decision to be advocates. More reason for all of us to work together with John and help put an end to this cruel disease.