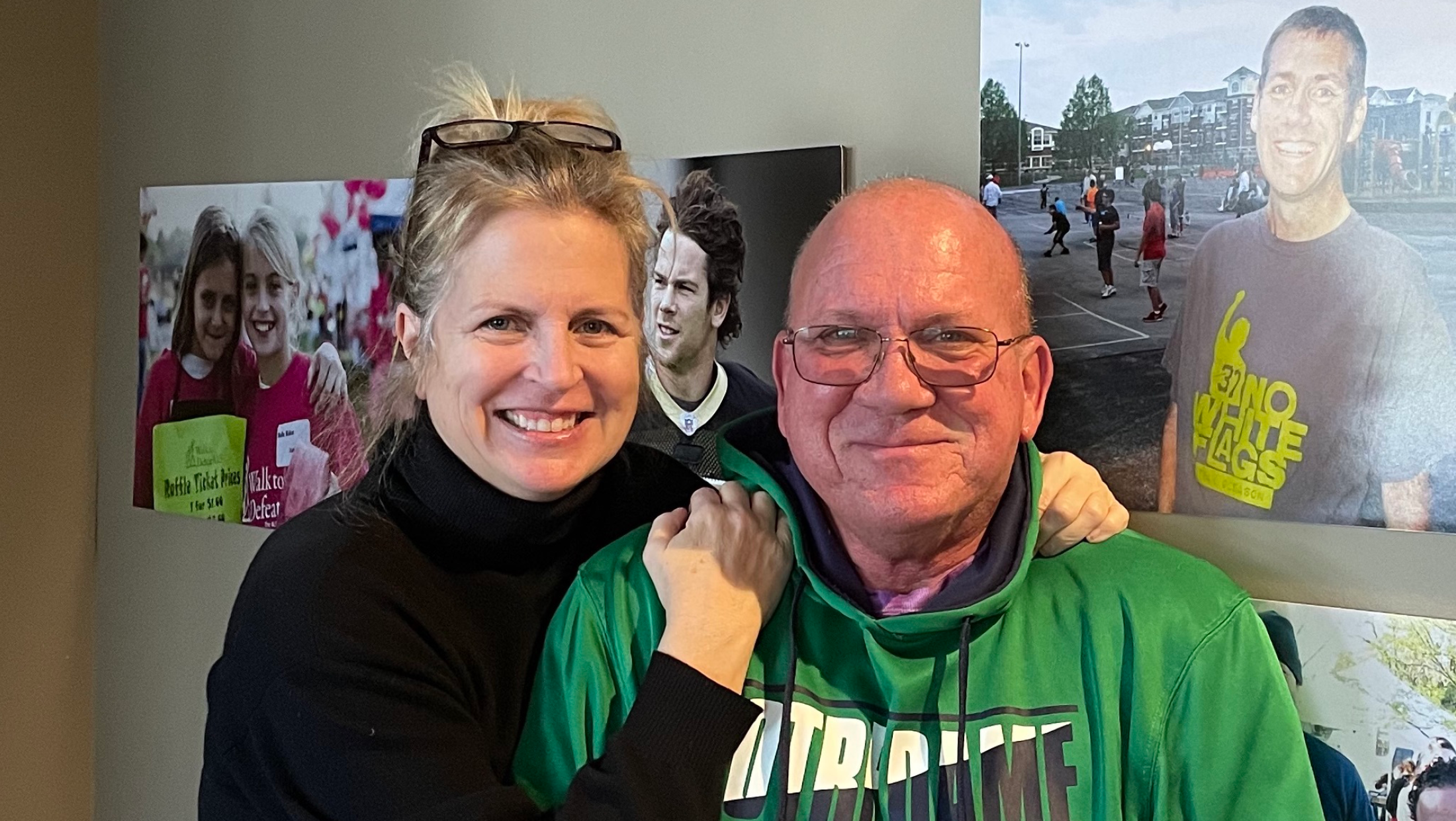 Mike Howe aka "Mr. Smiley" is our Hometown Hero

Mike will never forget receiving a phone call telling him that his best friend, Matt, had been diagnosed with ALS. He was “bouncing off the wall at home,” he didn’t want it to be true. He called Matt and assured him that “what he needs, when he needs it, and where he needs it,” Mike would be there.

And Mike was; he jumped right in. He helped where he could. He took Matt to some doctor appointments and got him to the hospital, even when Matt’s wheelchair remote broke, for one of them.

It was disheartening for Mike to watch as his friend’s health decline; however, he felt a satisfaction in being able to pay Matt back for friendship since middle school.

About a month before Matt passed, Mike went over to Matt’s place while his family was out for a few hours. They cried together, were able to express how much they meant to each other. He spoke about that day as an “unexpected gift and a true bonus of life.”

Matt, along with another school friend's brother, Kenny, would remain in Mike’s heart after their battles with ALS. They are at the forefront of everything he does and he volunteers in their honor.

The first event Mike attended for the ALS Association was a golf event in Janesville, with Matt. Mike went for a few years, even becoming the co-chair. He never thought he would be able to do it but he was a natural.

That one event has now become years of walks and third-party events for the ALS Association Wisconsin Chapter.

Mike even raised money for the chapter by biking in a triathlon. Still, volunteering at the Milwaukee Walk is his favorite event, especially “when everyone is able to show up and you have the full group.”

Having been with the chapter for so long, Mike has formed friendships and is an integral part the ALS Association family. He brings a “can do” attitude and is always a happy face for the Walk participants. Known as “Smiley” by our staff, Mike is always ready with a smile even if he hasn't had his coffee yet. Mike is the first one there, last one to leave, does all the heavy lifting, and makes every event so much fun. 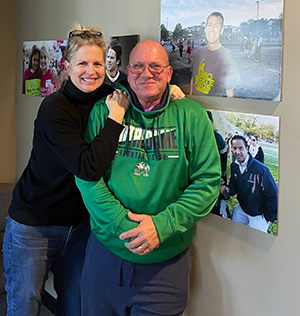 Mike jumped for Matt, and he jumped for us. He jokes that “when Melanie (our chapter Executive Director) said jump, I would ask how high.” Now, Mike carries that attitude and volunteers at the Milwaukee and Madison Walks to Defeat ALS, and he does it with Matt in his heart.

Thank you Mike, we are grateful for your dedication, your positivity and your smiles.