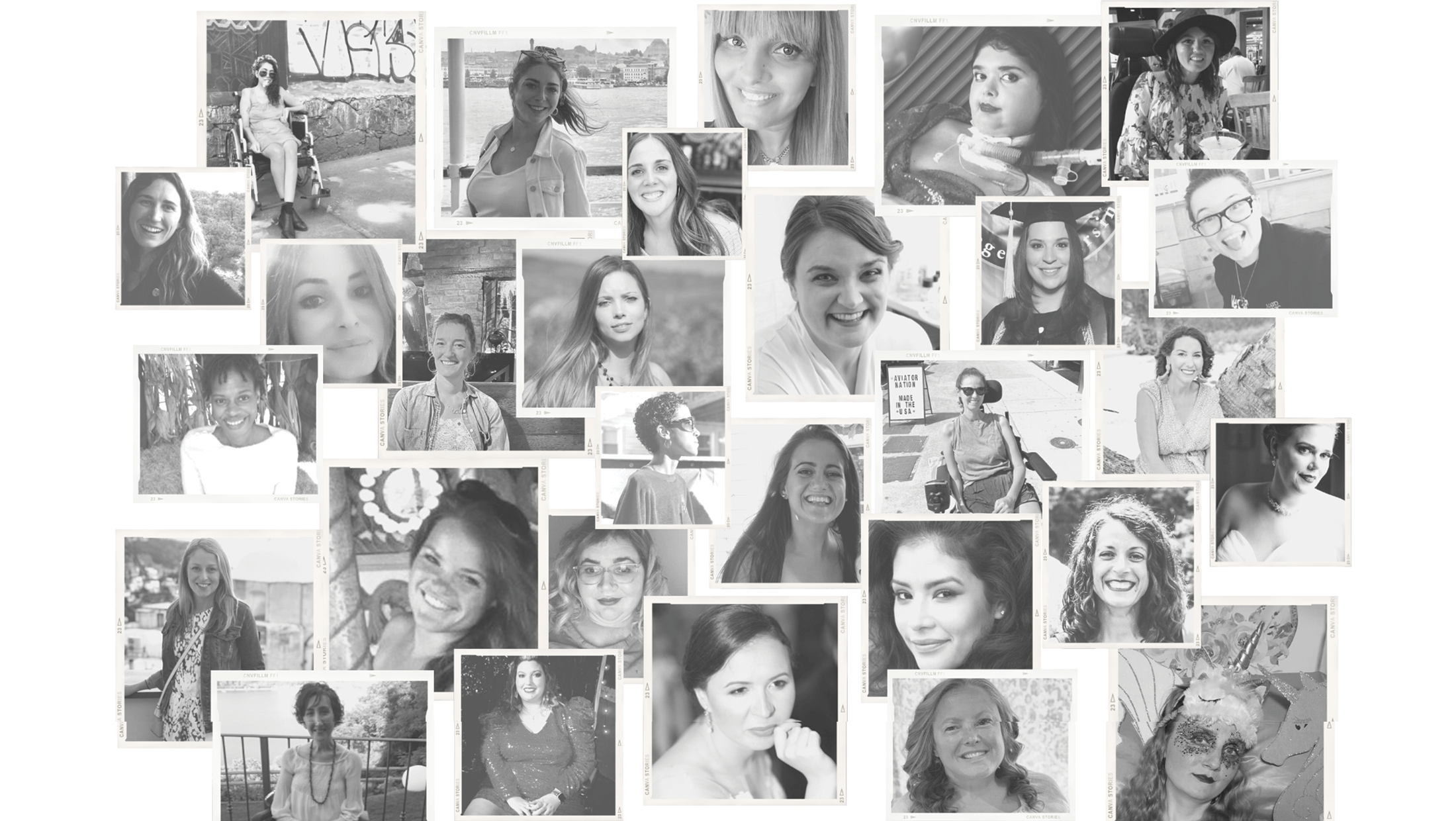 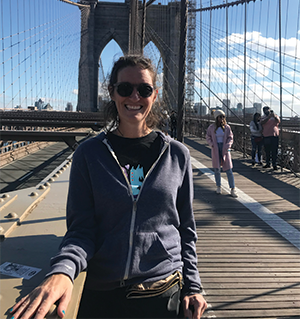 When Erin Vierstra turned 33 years old she quietly breathed a sigh of relief to herself, thinking "I made it. It's done." Erin's mother passed away from ALS at the age of 33 when Erin was only 5 years old. Erin's mother survived her ALS diagnosis by a mere 18 months. Her mother's siblings also all succumbed to ALS.

Five years later, Erin noticed she had difficulty raising her head up off of the mat during yoga class. Not knowing much about the symptoms of ALS or what her mother's presenting symptoms had been, Erin went home and researched "ALS" in her web browser and began reading. Erin was staying with her sister Leigh at the time, and approached Leigh in the kitchen telling her "I think the thing with my neck is ALS." Erin, Leigh, and her family came together and began the process of coming to terms, and deciding next steps.

For the next two months, Erin's symptoms continued to progress. She began struggling with motor control in her neck and shoulders. By early 2020 new symptoms prompted Erin to reach out to book an appointment with an EMG. Erin's brother, a geneticist, also reached out to colleagues he had connected with at a conference, about the ALS Families Project that was ramping up at Columbia University and how to enroll with that study.

On March 13, 2020, through the ALS Families Project, Erin received her FUS ALS diagnosis from Dr. Neil Schneider, a leading expert and researcher in the field. Dr. Schneider immediately recommended Erin join the Jacifusen/Ion363 EAP. Due to the timing of Erin's diagnosis, however, it would be 3 more months before she could return to New York to begin the protocol.

At the time, participation in this EAP was 100% self-funded outside of clinic visits and treatment administration.

"I was flying back and forth to New York City during the pandemic to do this. It was weird. Airfare and hotel stays for up to a week were all out of pocket. I am fortunate that my family could afford to do this with me." Erin shares.

In May of 2021, Ionis picked up the study, now known as the ION363 trial, and since then Erin's participation and travel expenses for participants and a caregiver are fully funded through the study.  "It's great that Ionis is so generous." Erin tells us, "But it is the exception and not the norm in these circumstances, which is so sad."

Erin feels fortunate in her circumstance to have the support of family and friends, to have access to a top-care ALSA affiliated clinic through the University of Wisconsin Health Hospital right there in Madison, to connect with Kristy Sharp and to have the ALSA Wisconsin Care Services team and programs so close to home. 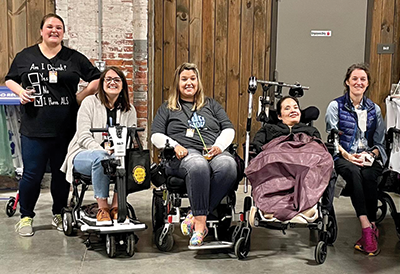 In April of 2021, Erin discovered another source of support for her ALS journey. While scrolling through Instagram Her ALS Story popped up in Erin's feed. Her ALS Story is a group of women all diagnosed with ALS before the age of 35. Erin was 38, but reached out to connect anyway and they welcomed her with open arms. Since then, Erin has had the opportunity to bond with members of Her ALS Story in a variety of ways – there's a group chat to share stories, vent, celebrate and ask questions. They hold a virtual hangout every two weeks.  Erin was even invited to attend an event last year where she was able to meet other Her ALS Story women in-person. Erin recalls feeling an "instant sisterhood with these women," and now holds the seat of Secretary for the group. "I am so fortunate that Leah Stavenhagen started this. Ask any woman in this group, it has been a lifesaver."

"Having a space to laugh, be silly, ask questions, share pet pictures or cry if you need to – it's just great to get together with people who genuinely understand your life. My mom had none of that."   Erin tells us. 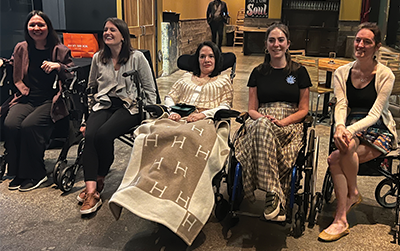 Thinking back on her experience and the NYC gathering with these women, Erin pitched an idea to the group, "wouldn't it be really awesome to get together, get pampered, hang out and get to know each other?" Erin received a resounding YES.

A call to a friend at the Park Hotel in Madison and Erin was able to make all the arrangements for group members and a caregiver. The retreat itinerary she has put together pulls out all the stops from a spa day complete with mani-pedis, facials, acupuncture and massages, to a capitol tour, a pontoon boat ride and even a wine and cheese tasting. Erin has covered all the bases for this gathering and has even arranged for stand-in caregivers to afford everyone's travel companion and often full-time caregiver time to play and unwind.

"It's going to be great!" Erin exclaims, "Hopefully this is the first of many annual retreats for us."

Special thanks to Erin Vierstra for allowing us to share her ALS story and for connecting us with Her ALS Story. If you want to learn more about Her ALS Story and Erin's Madison retreat happening this month, visit their website HERE.