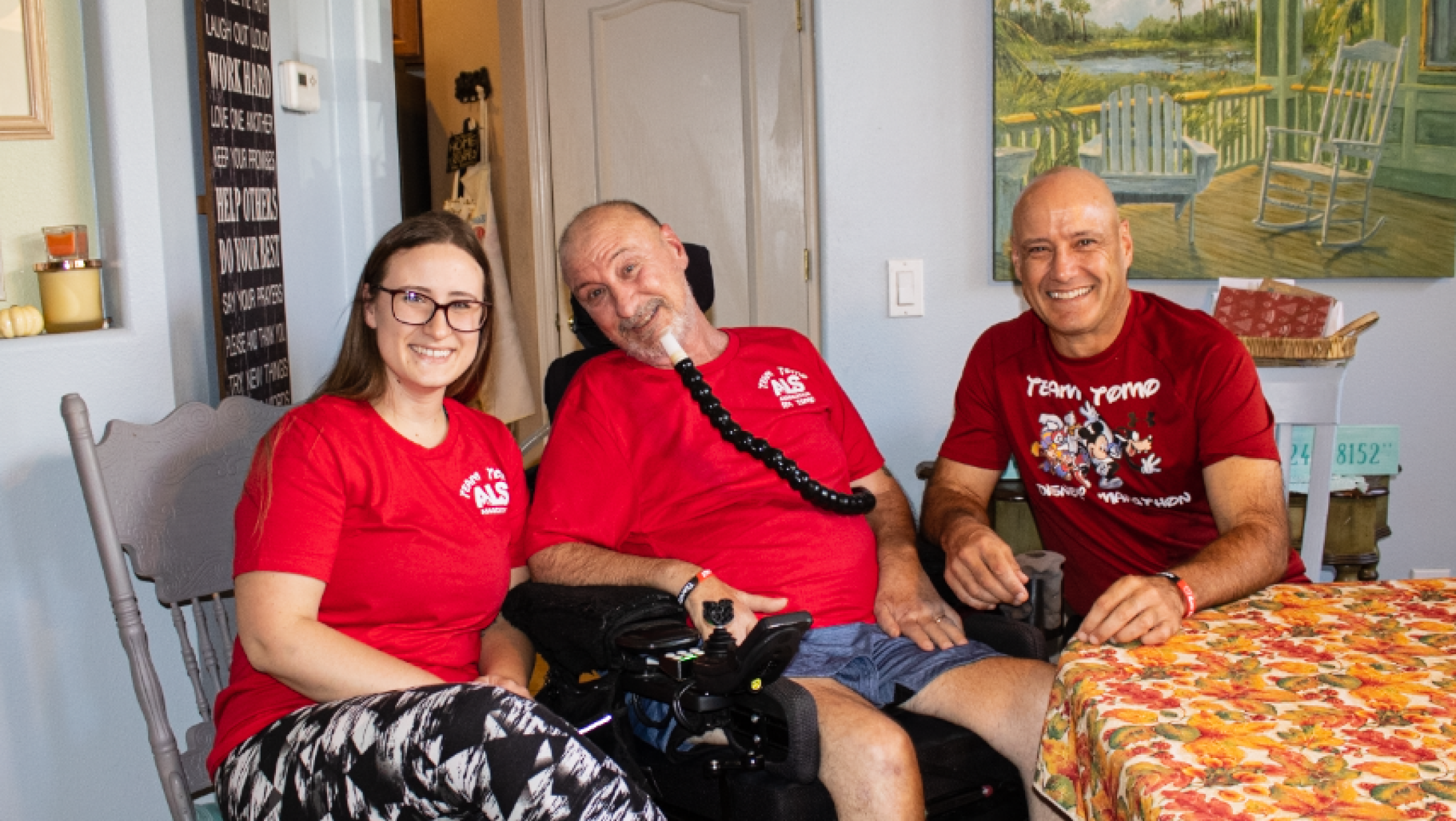 Jerry Tomasso lives in Bradenton, Florida with his wife and kids. "Tomo" is his biker name, as he is a part of The Widow Sons Masonic Riders Association.

When David, his brother, found out that Jerry had ALS, he sold his house in North Carolina and moved to Florida to help out. David took him to different neurologists, such as Dr. Richard Bedlack at Duke Health in North Carolina, Dr. Tuan Vu at the University of South Florida Morsani Advanced Health Center, and Dr. Gregory Hanes at Sarasota Memorial Health Care System.

David responded that family is for getting each other through rough times. The whole family was in tears at this moment; Jerry noted that they were "happy tears."

The family are huge fans of Disney and planned a trip in January 2021 to cheer David on in the annual Disney Marathon - while making memories in the park. Disney canceled the marathon for health/safety reasons, but allowed people to have their own virtual run instead.

Due to COVID-19, Jerry has "pretty much been under house arrest," according to his daughter Danielle. The family has attended the Sarasota Walk to Defeat ALS for the past two years, with groups of more than forty people. Unfortunately, that event went virtual this year as well, and they participated by doing a walk around the house.

But the pandemic didn't stop their group of supporters from continuing to show Jerry and his family how much they care.

On December 26, 2020, David will start the run at his house and end in Jerry's front yard with family members and friends riding motorcycles, bicycles, golf carts, and more. There will be several signs and people cheering along the way.

Choosing to raise money for The ALS Association Florida Chapter while running was something David chose to do independently. The Tomassos are a big, Italian family, originally from New Jersey. Each family member has contacted their several friends, coworkers, neighbors, etc. to raise money for ALS. They have created email campaigns, Facebook fundraisers, and called and texted everyone they know. As of December 8, 2020, over $22,000 was raised. They have a goal of $26,200 - and with your support - they can not only reach it, but exceed it!

"Doing something like this for me is easy; money is absolutely necessary to help support people like Jerry that are going through this," David said.

WATCH THE FULL VIDEO BELOW!