“You’ve Got to Dwell on the Positive … What You Can Do.”: Gary Trosper on Living with ALS 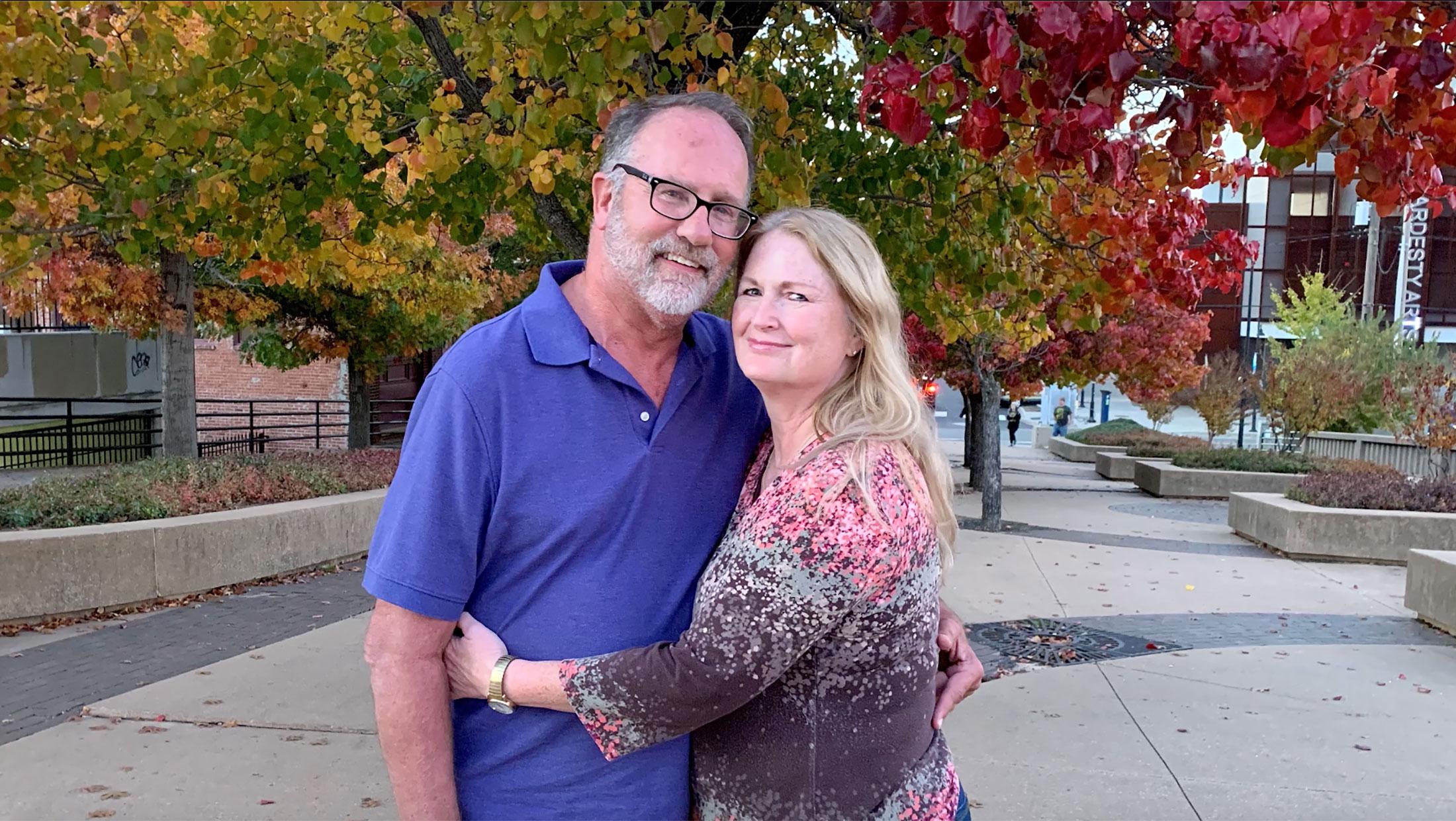 Gary Trosper was a transportation executive before he was diagnosed with ALS in 2015. After two years, he was forced to retire due to his symptoms, but he knew he didn’t want to just sit around: he wanted to make a difference. Acting as an advocate and taking action for himself and others is very important to him.

Gary’s symptoms started back in 2013 with difficulties with his hands. “I started having problems while typing, being able to reach up to the next key, on just my index finger on my right hand. And so, it never got really a whole lot worse, but I started also having a wasting of muscle between my index finger and my thumb, in the web in my thumb on my right hand,” he said. After two years of doctor visits and tests, he was finally diagnosed by the ALS clinic in Kansas City.

He talked about his initial reaction to his diagnosis.

“It was a kick in the gut,” he said. “Yeah. I was more angry about it than anything. I didn’t feel like, ‘Why me?’ It’s just, I was angry and didn’t really want to hear that. But I accepted that from that standpoint. Well, yes and no. I accepted it, but it was still hard to believe. I’d been physically fit most of my life, and just was active and everything else. And to have something that’s going to impact that was just hard to believe,”

Gary is slowly losing the ability to use his arms and hands as his muscles weaken, and his speech is starting to slur a bit. With the help of different types of medical equipment, he is still able to get around independently as his legs are still strong. “It’s hard for me in some instances to open bottles, and stuff like that. But I have help tools to do that kind of stuff. And pretty good at punching the buttons on the microwave,” he jokes.

And as he loses functions, he looks for creative workarounds for the day-to-day aspects of life.

“So, I basically try to buy clothes that I can pull on, or I buy them a little bit big and then cinch it up with a belt,” he said. “And my shirts, if they’re button-up shirts, I button every button but the top button and then pull those on. So, I’ve made some combinations from that standpoint. My shoes, just slip-on shoes, they’re not tie shoes. It’s hard for me to tie my shoes. I do have an appliance that helps me put on socks, but this time of year being summer and spring, I don’t wear socks. So that kind of simplifies things.”

Gary recognizes the importance of advocating for people with ALS with lawmakers, to help them understand what ALS really is and why our community so desperately needs their help. “All of the sudden you just start losing functionality,” he said. “And I want them to see that firsthand, because it’s easy to sit back and look at legislation or something like that and not really have a true perspective of what it’s like to be affected by this disease. And that’s one of the messages I want them to understand.”

“I also would like for them to understand the necessity to work on getting some kind of a cure. To prioritize this disease, even though it only affects a small percentage of the population,” he said. “They need to prioritize it to the point to where they’re really focused in on it rather than it being an afterthought. And that’s what I feel like it’s kind of like, is an afterthought in the legislation in the Congress.”

He also stressed the importance of family.

“Focus on the things that mean a lot to you, like your family. Sometimes we have a tendency to take family for granted, but when you know that you’re not going to be here much longer, your family becomes a real important part of your life,” he said.