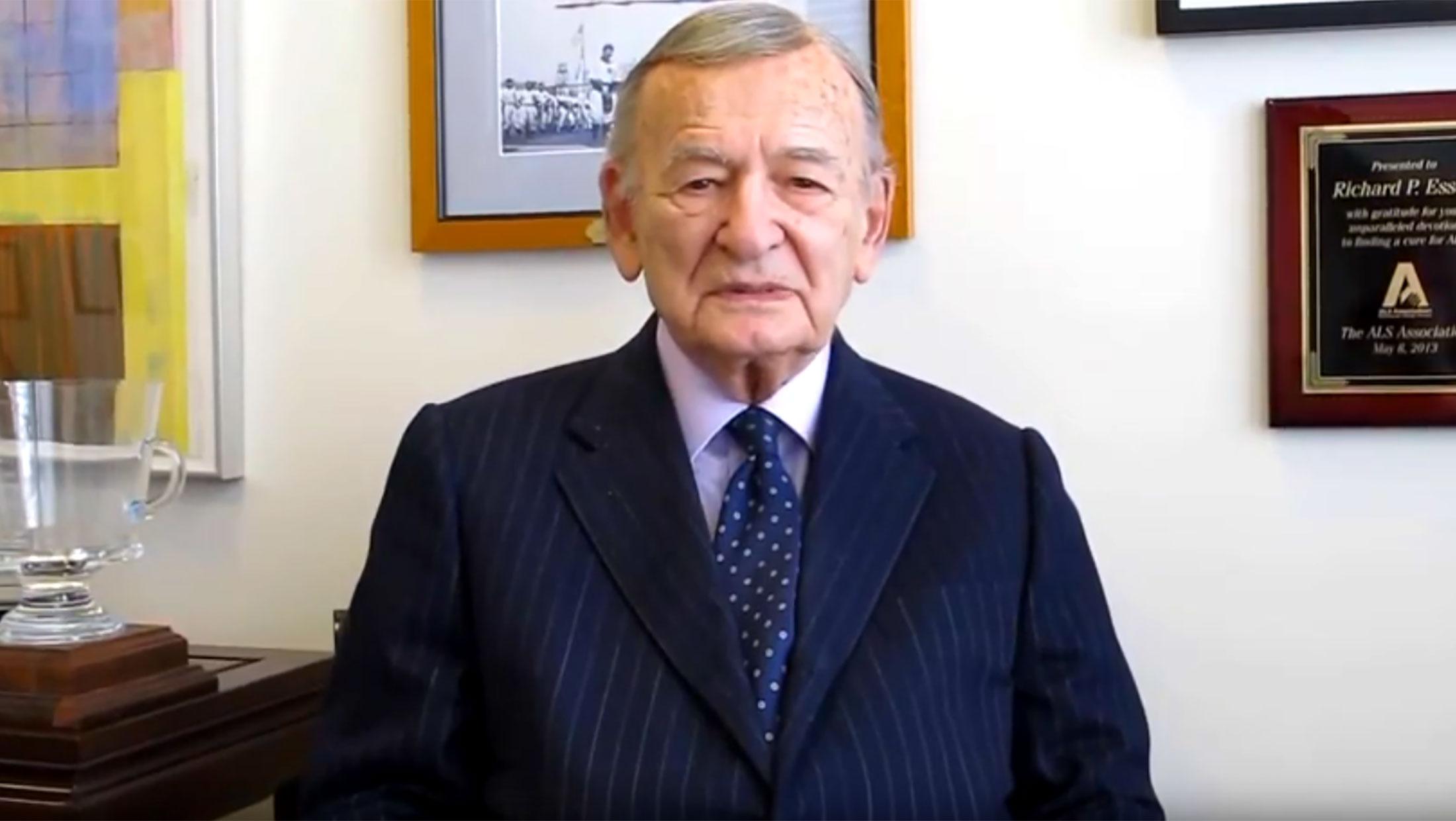 The ALS Association mourns the passing and celebrates the life and legacy of Richard P. “Dick” Essey, who died recently at his home in San Francisco.

Dick was a successful businessman, a loving husband to his wife of 50 years, Sheila, and a devoted father and grandfather.  He was also an extraordinary hero in the fight against ALS.

Dick and Sheila were philanthropists who supported many causes over the years, and their attention turned to ALS when Sheila was diagnosed with the disease. He organized and launched The Greater Bay Area Chapter of The ALS Association, which is now part of The ALS Association Golden West Chapter. In 1995 he joined the Association’s national board of trustees. In 1996, The ALS Association and the American Academy of Neurology established the Sheila Essey Award for ALS Research, which recognizes significant advances in ALS research. The nearly 30 esteemed recipients of the Essey Award collectively have produced many of the most important discoveries and advances in the history of ALS research.  Sheila Essey died from the disease in 2004.

In May 2013, The ALS Association presented Dick with a lifetime achievement award. Click here to read a full obituary.