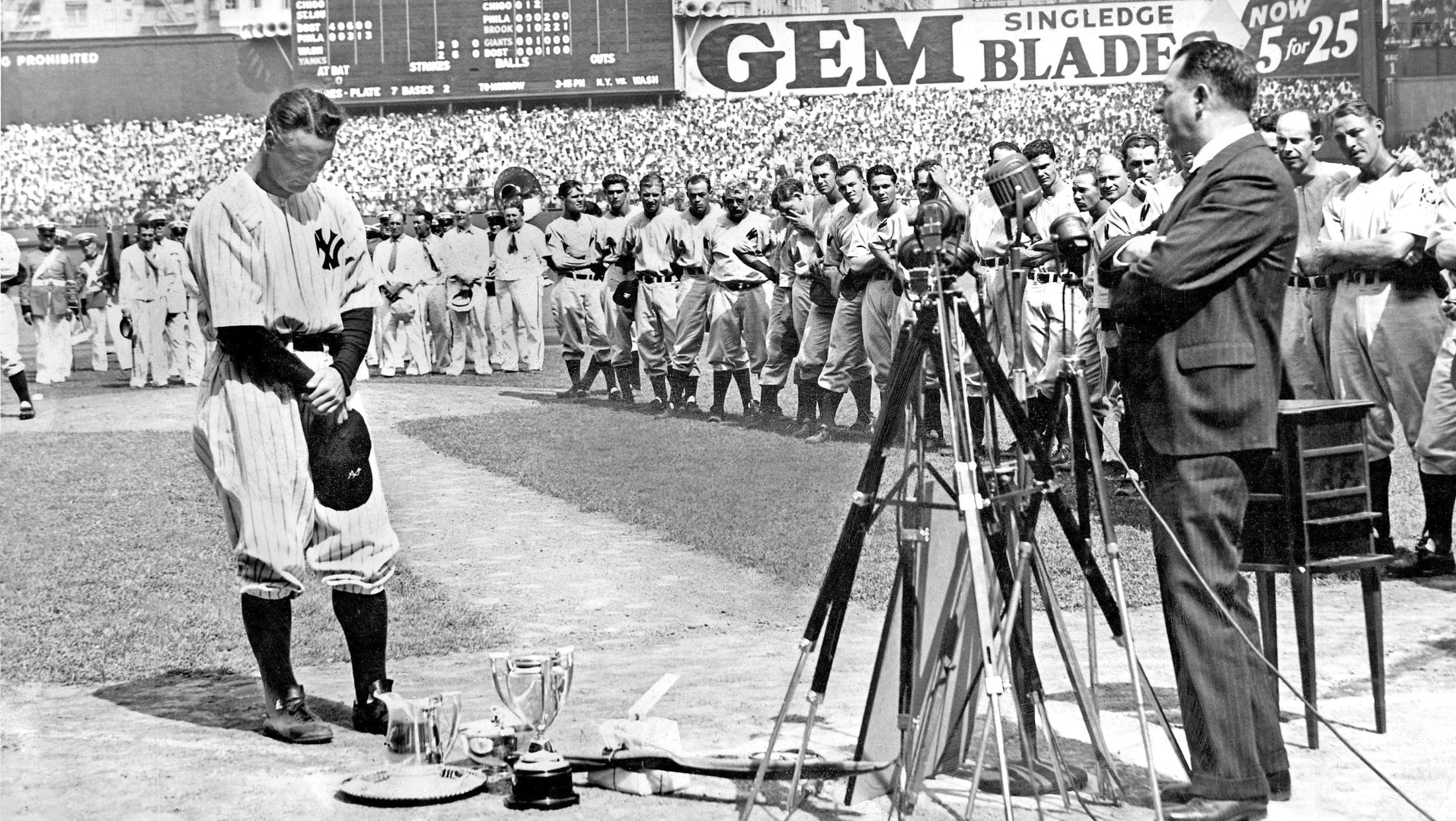 The son of an art educator, Konnor (@KonnorSchmaltz) lost his mom to ALS a year ago this July. She fought until the very end, and through her family found strength to last as long as she could have. There isn’t a day that goes by where he isn’t reminded of her and will forever cherish the moments they shared together.

“I consider myself the luckiest man in the world…”

Whether recited by fans of America’s Pastime or by Yankees followers, by those who look to it for strength fighting this horrendous disease now or by loved ones of those they’ve lost – the weight these words carry is unfathomable.

But, why? Why would a man who had everything taken away so quickly be so…positive? Was he referring to the four home runs he hit in a single game? Maybe it had something to do with his Triple Crown win in 1934. Did The Iron Horse and future Hall of Famer not understand what most of us here know would happen to him as time progressed?

While these questions lead to more questions which lead to more, I like to think the answer is simple. Lou (we might’ve never met, but I feel like we’re on a first-name basis now) knew his impact would someday transcend the game and his disease would outlast his career .340 batting average.

This month will mark the one year anniversary since my family lost my mom to Lou’s disease and I have often found myself asking, “why?” Why relate these nine words to – in my opinion – a disease that cripples the body until it can no longer survive, while at the same time amplifies every emotion one can experience from the moment of diagnosis to the last gasp of air released? Why do I feel ¼ of an ounce of an endless crushing weight is lifted when I think about this particular phrase?

The answer has always been in front of me whether I chose to acknowledge it or not. It is because I consider myself the luckiest man in the world for being allowed the time I did have with my inspiration in life. It comes from a woman whose spirit was contagious, laughter was infectious, and love graced many. For 28 years, I was able to call my true hero Mom, Ma, or Mops depending on the day and I will forever cherish them.

For me, Gehrig’s speech serves as a reminder. It is a testament to the families who have suffered, are suffering, or will have to suffer. His speech is our decree. The war cry of an elite group of individuals who span across the world but are united by tears, heartache, anger, pain, support, love, laughter, and strength.

For the majority of those who are reading this right now, I want you to take a moment from this post. When I pause the typing, I want you to recognize something. You are the luckiest man (woman, mother, daughter, father, son, husband, wife, uncle, aunt, cousin, niece, nephew, grandfather, grandmother) in the world for having had shared those precious moments and little time you were allotted. Ready, go…

Since we are all members of this bond that continues to strengthen day by day until a cure is achieved, I will close the only way I know how. In the words of our group’s founder, Lou…

"So I close in saying that I might have been given a bad break, but I've got an awful lot to live for."

If you have a post you'd like to submit to The ALS Association blog, take a look at our Submission Guidelines.