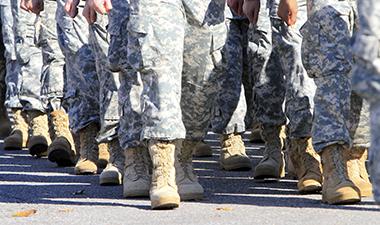 Researchers are looking for aspects of lifestyle that can interact with genes to cause or contribute to ALS. Identifying and confirming that environmental factors are linked to ALS is extremely challenging as the general population are all exposed to similar factors and it is difficult to ascertain why one individual is susceptible to ALS, whereas another individual is not.

Over the years, several apparent clusters of ALS have been reported, the most notable in Guam at a time when ALS was seen in the population higher than expected. There is no longer an increased occurrence of ALS in Guam and the cause of the increase, whether genetic or environmental, is still being investigated and many theories have been published over the years. It is most likely that environmental factors are not sufficient to cause disease but work in conjunction with genetic susceptibility. Similarly, the notion that ALS could be linked to viral infection is a concept that reappears periodically. Exposure to toxins or the influence of intense exertion are potential risk factors thought to explain the occurrence of a two fold increase of ALS in the military and attributed to the many sports players that develop ALS, although these findings are not conclusive.

Many environmental factors are suspect in ALS. Possible toxins include:

Environmental inquiries also include epidemiologic studies, which are studies of factors that influence the frequency and distribution of disease, injury and other health-related events and their causes in a defined human population.

The incidence of disease is defined as the number of new cases per year within a defined population during a specific period of time. Currently, the incidence rate of ALS is projected to be 1.8-2.0 per 100,000 people, which equates to 5,760-6,400 new diagnoses per year. It is important to note that the number of new cases of ALS varies with age, which increases until around age 80; however, ALS does sometimes occur in younger people in their 20’s and 30’s.

The prevalence of disease is defined as the number of people living with a disease at a particular time and varies among geographic areas worldwide. Currently, it is projected that there are more than 30,000 people in the United States living with ALS.

Stanford University’s ALS Consortium of Epidemiologic Studies (ACES) is used by scientists as a resource to support research to identify environmental, lifestyle and genetic factors associated with ALS.

The ALS Association will continue to support investigations into the way that environmental factors may interact with genetics to produce ALS. Currently, the big data efforts underway are not only establishing genes linked to the disease. These efforts are also collecting extensive data on environmental exposures with the hope to identify gene-environment interactions leading to ALS.

The Association consistently supports The National ALS Registry as a main part of our public policy priorities. It was established in 2008 by the Centers of Disease Control (CDC) Agency for Toxic Substances and Disease Registry (ATSDR) to learn more about ALS by gathering information directly from people living with ALS. This information can help clinicians and scientists work more rapidly toward a cure by both better understanding who gets ALS and what factors are contributing to disease, among other goals.

Our advocacy efforts to support National ALS Registry funding is necessary to continue the registry, fund registry-related ALS research, help people with ALS enroll in the registry, conduct outreach activities to identify ALS cases across the country, help establish an ALS biorepository that collects blood and tissue samples and enable the registry to advance clinical trials to develop new treatments for the disease.

For more information about the registry, visit the National ALS Registry homepage. These fact sheets are also helpful understanding more about the Registry.

In general, environmental studies are carried out in certain geographic areas with the goal to establish programs that prevent and control the development and spread of disease and injury. For example, ALS epidemiologic studies have contributed to a better understanding of incidence, prevalence, mortality rate and signs and symptoms of ALS, as well as the patterns of occurrence in relation to age, gender, race and geographic distribution. The association of ALS with certain risk factors such as genetics, occupations and toxic exposures has been studied by comparing groups of people with ALS with groups who do not have ALS over time.

Environmental factors remain a potential cause of ALS. Here we provide more detail about the above potential risk factors:

One of the first clues that ALS might involve an environmental factor was obtained on the island of Guam in the Pacific, where an unusually high proportion of people over the past century have developed symptoms similar to ALS as they age. Many theories have been explored and published over the years implicating environmental exposures or genetic susceptibility. One such toxin, BMAA is suspected of causing Amyotrophic Lateral Sclerosis/Parkinsonism Dementia Complex (ALS/PDC), a disease suffered by the Chamorro people of Guam. BMAA is a non-protein amino acid produced by cyanobacteria occurring in traditional dietary items consumed by the Chamorros. Feeding the bacterial neurotoxin BMAA to a variety of model systems leads to protein aggregates and damages motor neurons, suggesting the toxin may contribute to disease found in humans exposed to the toxin. Investigations are ongoing to determine the role BMAA in the disease process in ALS.

A recent study established a link between smoking and developing ALS using rigorous evidence-based methods. Since smoking has no redeeming features, avoidance of smoking may reduce the occurrence of ALS in the future.

Many investigations of heavy metal exposure, particularly lead, and including mercury and manganese, have been looked at as risk factors for ALS. A positive association between past exposure to heavy metals and risk of ALS has not consistently appeared across studies. These studies include occupational exposure that epidemiologists often use as a surrogate to assess potentially toxic exposures. Many of the studies relied on self-reporting by questionnaire. Self reports can allow a recall bias--I have this disease, what did I do to produce it-- that has the potential to artificially inflate the data. Some support for an association between ALS and exposure to organic solvents appears in epidemiologic studies yet these have found only weak association and a mix of positive and negative results. As well, no consistent associations with ALS have emerged from investigation into the potential role of radiation and electromagnetic fields.

U.S. veterans are another group of people who appear to develop ALS more often than the general population. Studies found that the relative risk of dying from ALS for veterans was approximately two times that seen for the men and women who did not serve. The increased risk was apparent for veterans of all wars, both deployed and un-deployed, including World War II, the Korean War, the War in Vietnam and the Gulf War. To learn more about ALS in the military click here.

One idea that researchers offer is that soldiers on active duty are engaged in strenuous physical labor. Or, they are exposed to toxins, which could play a role in ALS. Both possibilities, of toxin exposure or the influence of intense exertion, are supported when researchers consider the finding that Italian soccer players appear to have increased incidence of ALS. It remains unclear whether exercise is indeed a risk factor and what types of exercise may be of concern. Indeed some studies seem to suggest that a degree of exertion may be beneficial in ALS. Other ideas are that pesticides or some other chemical encountered on maintained playing fields might be involved.

A recurring idea about environmental influences on ALS is that a virus is responsible for the condition. Polio virus, for instance, infects motor neurons and can at times lead to a weakening condition called the post-polio syndrome years after the initial infection. Scientists have considered viral infection for many other disorders of the nervous system, from schizophrenia to multiple sclerosis, as well as for ALS. A concrete link to viral infection has never been documented in any of these diseases. More recently investigators published on the potential association of retroviruses with ALS. This is being further explored.