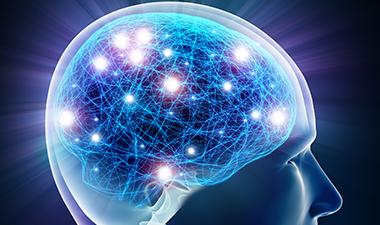 Although earlier studies described some degree of cognitive change in a percentage of people living with ALS, it is only recently widely recognized and more clearly defined, especially in light of the discovery of genetic mutations linked to both ALS and frontotemporal dementia (FTD). ALS and FTD are now considered a spectrum disorder with pure ALS or pure FTD at either end of the spectrum and ALS combined with FTD to varying degrees. People suffering from cognitive changes, as seen in FTD, show change in personality and in mental processes.

Cognitive changes appear in several degenerative disorders of the nervous system, such as Parkinson’s disease (PD) and Alzheimer’s disease (AD). FTD differs from the dementia in Alzheimer’s disease in that memory stays intact, but other higher order functions such as decision-making, foresight and speech can become severely impaired. The gene mutations and proteins identified for AD and FTD are distinct and the affected regions of the brain differ.

Frontotemporal refers to the forward part of the brain that sits above the eyes and behind the temples. Lowering of the function of this region can lead to impulsive, compulsive, and emotional behavior.

Currently most of the emphasis in this area has been the development and characterization of gene mutations that are common to both ALS and FTD. Studies include disease modeling, drug and biomarker development in particular for C9orf72, TDP43 and FUS.

Research in FTD can give clues to ALS disease. Importantly, up to 40 percent of FTD cases carry a C9orf72 mutation, which is the most common genetic cause of ALS. It remains unclear how the same gene causes two very different clinical features, however provides a promising target for therapy development that will benefit both disorders. Many investigators are showing that this type of dementia can occur together with motor neuron disease, and in some instances, the personality change precedes the motor symptoms. The changes can hamper a person’s ability to cope with the demanding nature of an illness such as ALS. More knowledge of the incidence and nature of this dementia will aid practitioners in caring and planning for people living with ALS.