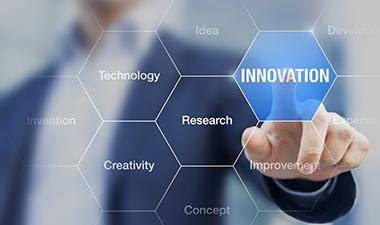 ALS is a devastating disease for both people living with ALS, caregivers and loved ones. Every person affected is different and ALS presents in various ways. It can cause loss of motor function in muscles from their legs, their arms, in the mouth and jaw, among other muscles that eventually leads to total paralysis. Ultimately, ALS affects their diaphragm leaving people unable to breathe on their own. Assistive technology can include a variety of tools and devices that improve quality of life for such as communication devices that allows people with ALS to communicate with ease, despite all their limitations.

In 2015, The ALS association partnered with Prize4Life and held a workshop with leaders in the field to identify areas in assistive technology that would benefit most from further investment. There was consensus amongst the participants that the area of communications would significantly benefit. This meeting led to the ALS Assistive Technology Challenge. In addition to the Challenge, The Association is funding a postdoctoral fellow to develop a robotic limb.

Assistive technology is a means to help improve the lives of people with ALS. Communication devices allow people with ALS to communicate with more effectively when they can no longer communicate on their own. This helps people become more independent, communicate medical decisions, and overall become a more active participant in their family and community. Assistive communication devices can be life changing in that people go from very little to no ability to speak to the ability to communicate again. In addition, access to the Internet through email and chat rooms provide a medium to find and meet others in the same situation to vent their frustrations and support each other.

Caregivers and loved ones can also benefit from the advances in assistive technology, by making life easier and less stressful both physically and mentally. For example, there are many smart phone apps that assist them, such as apps designed to provide pill reminders and give advice on caring for a loved one with ALS.

Other sources for information regarding assistive technology click here.