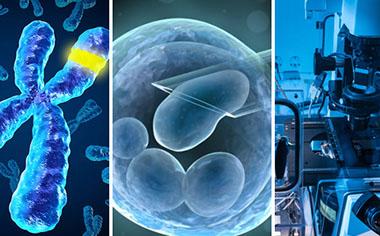 The Neuro Collaborative is a partnership between three leading laboratories in California – including Clive Svendsen, Ph.D. at Cedars-Sinai in Los Angeles; Steven Finkbeiner, M.D., Ph.D. at Gladstone Institutes, affiliated with University of California San Francisco; and Don Cleveland, Ph.D. at University of California San Diego. The synergetic model brings together complementary expertise to advance understanding of ALS and drug development. From sharing information to attracting industry investment, The Neuro Collaborative is an essential initiative that is driving potential therapeutics for ALS quickly toward FDA approval.

The goal of the Neuro Collaborative is to establish and invest in a leading team of experts to efficiently advance ALS drug development together with industry partners. This complements other programs including the Drug Development Contract Program in the TREAT ALS™ portfolio investing in academic and industry partnerships. This synergetic model leverages open dialogue and the scientific expertise of leading researchers to achieve therapeutic milestones as quickly as possible. The collaboration is designed to reduce risk in the drug discovery process and attract pharmaceutical companies to invest in drug development and clinical trials for ALS. With success, potential therapies for ALS will move more quickly than ever toward FDA approval and the open market.

Laboratories that represent the Neuro Collaborative 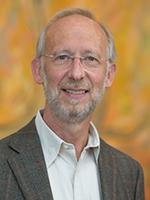 The Cleveland lab at the University of California San Diego focuses on gene therapy and antisense therapy development.
They developed antisense therapy drugs against the C9orf72 gene. Dr. Cleveland’s lab is also developing gene therapy approaches against SOD1 and other targets that they identify. His lab is collaborating with Martin Marsala, M.D. at University of California San Diego and Brian Kaspar, Ph.D. at the Research Institute at Nationwide Children’s Hospital in Ohio to develop novel gene therapies for ALS.

Antisense technology, which The ALS Association has helped fund since 2004, has high potential to become a therapeutic treatment for ALS targeting both SOD1 and C9orf72 – the two leading genetic causes of familial ALS – to slow or even halt ALS progression. A major breakthrough in ALS, antisense technology reduces the production of SOD1 and C9orf72 proteins in the body.

The Svendsen lab at Cedars-Sinai in Los Angeles focuses on iPSC models to be shared globally.
They created clinical-grade iPSC lines from people living with ALS using a standardized, rapid and effective method through the Cedars-Sinai Stem Cell and Motor Neuron Core Facility headed by Dhruv Sareen, Ph.D. iPSCs are then converted to motor neurons, one type of cell that dies in ALS. iPSCs are like a person’s avatar in a dish, containing the same exact genetic information.

iPSCs are used to test drug efficacy and are paired with the clinical data of a person living with ALS. This helps scientists understand the connection between ALS symptoms and cell pathology. Advancements in iPSC development and technology are shared globally and can also help advance understanding of other neurodegenerative diseases.

The Finkbeiner lab at the Gladstone Institutes, which is affiliated with UCSF focuses on high performance drug screening and drug target validation.
They use robotic microscope technology, the Brain Bot, which tracks the health of cells (like motor neurons and glia) over many months from healthy to sick to death. It measures millions of individual cells, each tagged with their own signature, derived from people living with ALS and compares them to cells from healthy people.

Dr. Cleveland and Ionis Pharmaceuticals developed the first ever-antisense drug to treat a neurological disorder, ALS. The ALS Association initiated funding for the development of this revolutionary technology and has supported its development through continued funding for over a decade. A phase I/II study of the SOD1 antisense drug is currently underway since January 2016 with improved safety and chemical design that will test safety in persons living with ALS. A similar trial focused on antisense technology targeting C9orf72 is anticipated in early 2017 through partnerships with Ionis Pharmaceuticals and Biogen. The Cleveland team has also developed a C9orf72 mouse model that is shown to mirror some of the characteristics to people having the C9orf72 mutation and will be used for continued antisense drug development.

Dr. Svendsen’s lab has successfully made 24 iPSC lines derived from 11 healthy controls, 4 C9orf72 mutation carriers, 6 SOD1 mutation carriers and 3 sporadic ALS cases that are available to researchers worldwide. A recent review from Dr. Svendsen’s laboratory highlights the importance of iPSCs as a tool in ALS research that have the potential to identify new disease mechanisms and individual disease susceptibilities that cannot be revealed in other models. In efforts to improve iPSC models, Svendsen and colleagues also recently found that it might be beneficial to induce some aspects of aging in iPSC-derived motor neurons, thereby reflecting critical vulnerabilities similar to those of aged neurons that die from ALS.

Dr. Finkbeiner’s Brain Bot drug screening system attracts many industry partnerships. Using the Brain Bot, his team identified potential ALS compounds targeting autophagy, one mechanism the cell uses to get rid of unwanted by-products. His team found that adding potential autophagy compounds to motor neurons derived from people living with ALS was protective. Partnerships with several companies are in negotiations to optimize these compounds for a clinical trial. In addition, in January 2016 Gladstone Institutes, through the leadership of Dr. Finkbeiner, partnered with Biogen to discover novel drug targets for the treatment of ALS.