The ALS Association is proud to support the development of bright, early career scientists through the Milton Safenowitz Postdoctoral Fellowship. This award provides a maximum of $150,000 over two years to postdoctoral fellows in the ALS field.

The Safenowitz family established the award in memory of Milton Safenowitz, who died of ALS in 1998. These fellowships encourage and pave the way for promising scientists to enter the ALS field. Fellows work with a senior mentor and build connections within the ALS research community through meetings and presentations.

After completing this fellowship, more than 75% of awardees stay in ALS research. Many have gone on to establish their own laboratories and mentor more ALS researchers along the way, while others have gone on to careers in industry, nonprofits or medical writing. 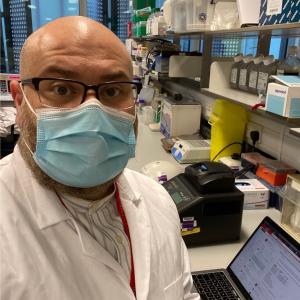 Ahmad earned a Ph.D. in clinical neuroscience in 2020 from King’s College London before joining the lab of Dr. Ammar Al-Chalabi. Under Dr. Al-Chalabi's mentorship, Ahmad is interested in dividing ALS and frontotemporal dementia into subgroups using biological measures such as genetic profiles, epigenetics (a way to look at connections between genes, behaviors and environment) and the level of neurofilament (a nerve protein found in blood). To do this, he will test how much variations in these measures affect the risk of developing ALS and frontotemporal dementia. He will then use machine learning to find patterns that correspond to different subgroups. If he can confirm these subgroups, they could be used to better understand the underlying biology of the disease and help predict who is more likely to benefit from different types of treatments. 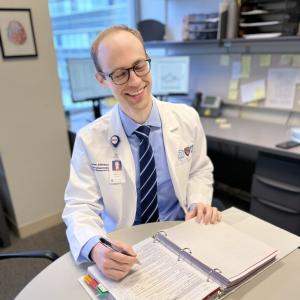 Stephen earned an M.D. in 2016 from the University of Missouri Columbia School of Medicine and then went on to complete a neurology residency at the Mayo Clinic in Rochester, MN (2020) and a neuromuscular fellowship at Massachusetts General Hospital (2021). Now a neurodegenerative clinical research fellow working with mentor Dr. James Berry, Stephen is focused on accelerating the development of new ALS therapies using data collected from mobile devices like smartphones. Smartphones can be used to measure mobility and dexterity as well as conveniently deliver surveys, saving time, energy and money; decreasing barriers to clinical trial enrollment and retention; and likely better reflecting day-to-day function. For his project, Stephen intends to study and validate these digital tools so they can be utilized in future clinical trials. 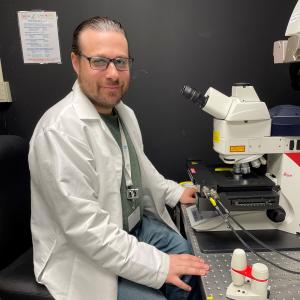 John earned a Ph.D. in neuroscience from City University of New York in 2020 and is currently working under the mentorship of Dr. Neil Shneider at Columbia University and Dr. Yutaka Yoshida at Burke Neurological Institute/Weill Cornell Medicine. His research focuses on the role neurons in the cortiospinal tract, which connects the cerebral cortex in the brain to the spinal cord, play in ALS development and progression. Understanding the role dysfunction and degeneration of this circuitry plays in ALS is challenging because it is difficult to study in preclinical disease models. Mice have a different connection pattern between their corticospinal neurons and spinal motor neurons than humans. Using a new mouse model developed to display abundant human-like corticomotoneuronal connections and an ALS mouse model, John will investigate the role these connections play in the development of ALS and in the progressive degeneration of both corticospinal and spinal motor neurons, which could lead to finding new targets for drug discovery. 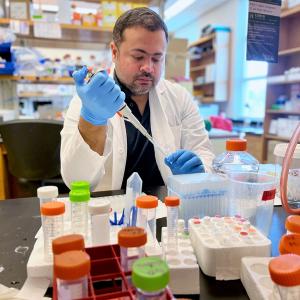 Devesh earned a Ph.D. in biomedicine from Pompeu Fabra University in Barcelona, Spain in 2018. He is currently expanding his postdoctoral training in Dr. Jie Jiang’s lab at Emory University where he is investigating how newly identified mutations in the SPT1 gene contribute to the development of ALS. The SPT1 gene contains instructions for making an enzyme called serine palmitoyltransferase (SPT). The SPT enzyme is involved in producing a specific class of fats called sphingolipids that are important for proper brain development and function. Mutations in the SPT1 gene have been identified as a cause of childhood-onset ALS. Through his research, Devesh aims to understand how changes in sphingolipid metabolism contribute to the development of ALS and whether these fats could be targets for future treatments.