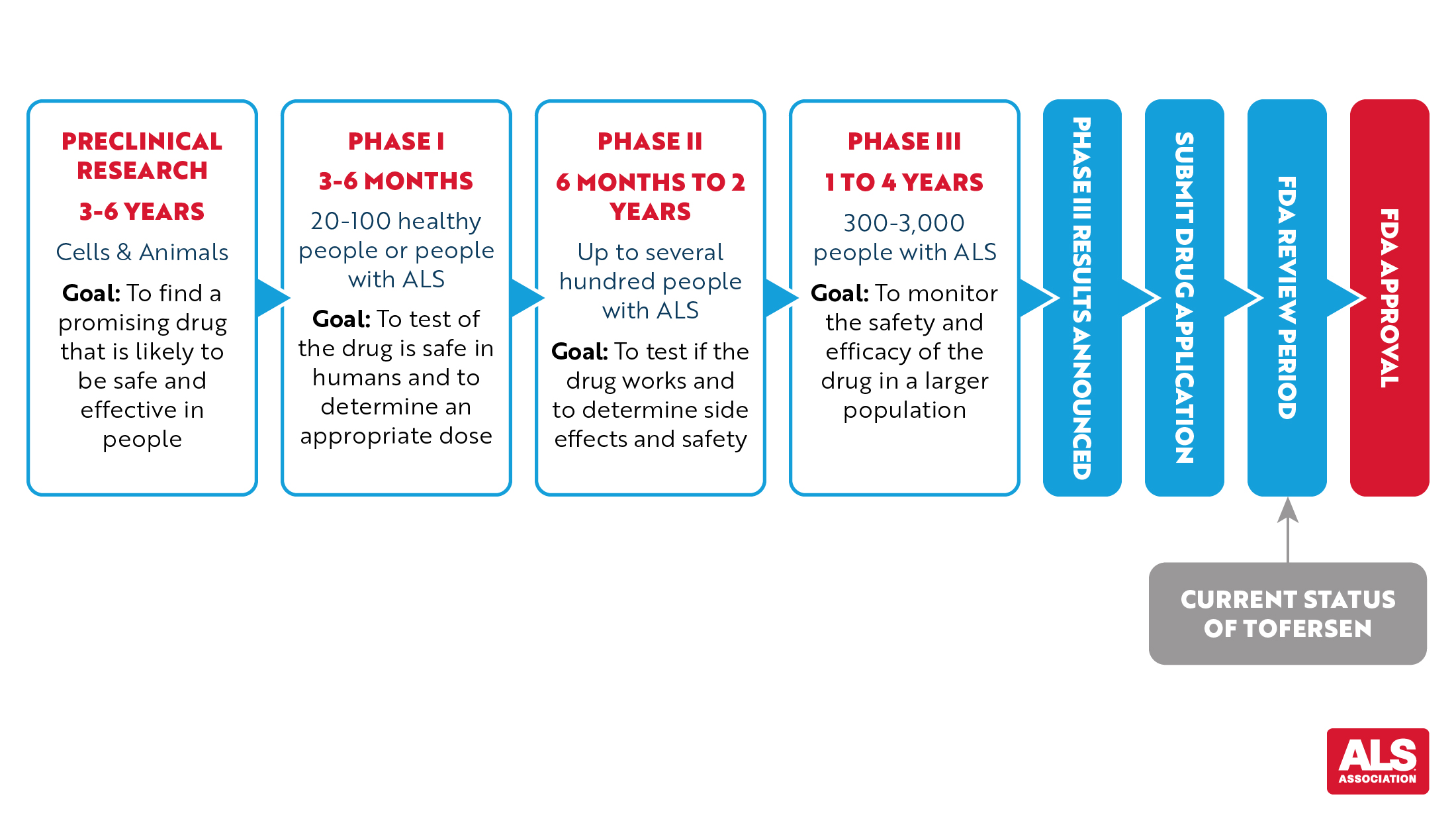 Tofersen is an investigational drug also known as BIIB067. It is an antisense oligoneucleotide (ASO) targeting SOD1.

What is a SOD1 mutation?

Mutations in the SOD1 gene appear in about 12-20 percent of people with familial ALS and 1-2 percent of people with sporadic (or singleton) ALS. The SOD1 gene directs the production of a protein that is also called SOD1. This protein normally helps clear out toxins from the brain, but when the SOD1 gene harbors certain mutations, it creates a defective SOD1 protein. The malformed protein not only fails to do its normal job, but it also creates its own problems. In people with SOD1 mutations, the SOD1 protein clumps together with other copies of itself and these clumps damage the nervous system, leading to the symptoms of ALS.

How does tofersen work? 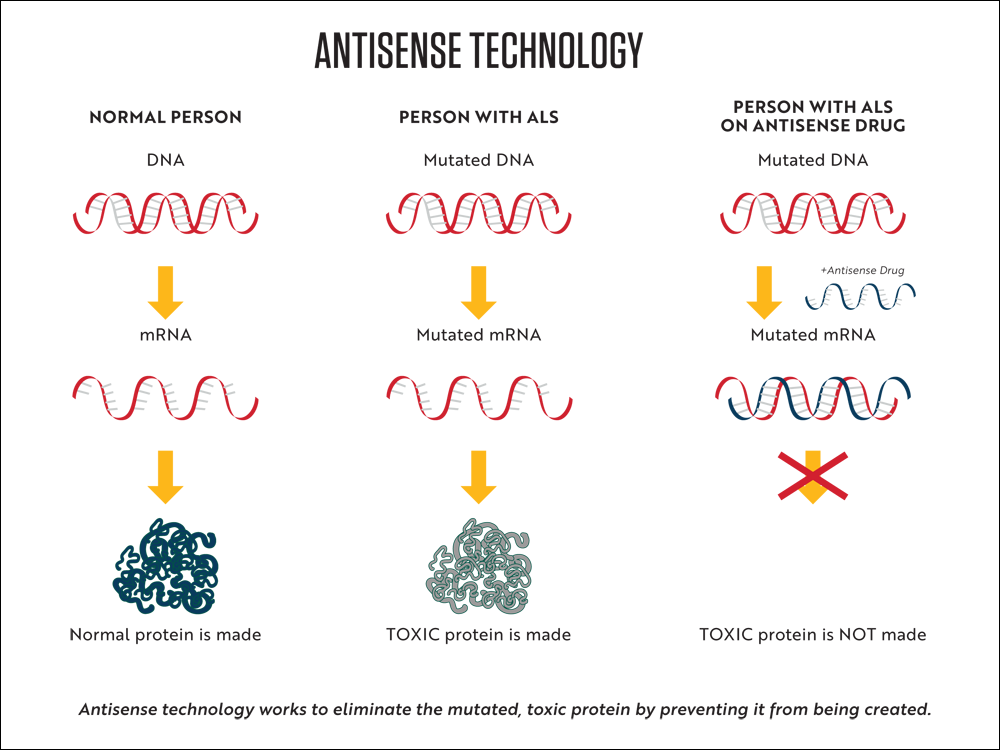 What have researchers learned about tofersen so far?

A phase 1/2 clinical trial showed us that the treatment was generally safe and lowered SOD1 levels in the cerebral spinal fluid in a group of 50 people. Researchers tested a larger group of 183 people in a phase 3 trial to learn more about the safety and potential efficacy of tofersen. This trial recently finished, and the topline results were announced. A follow-up study showed that earlier initiation of tofersen could lead to slowed decline in respiratory function, strength and quality of life.

How is tofersen administered?

Tofersen is administered through a lumbar puncture. A doctor inserts a thin needle into the space around the spinal cord in the lower back and injects the drug. In VALOR, study participants received a series of loading doses followed by monthly intrathecal injections of tofersen.

How  is The ALS Association is supporting the development of antisense (ASO) technology?

The ALS Association was the first to invest in antisense technology targeting the second most common genetic cause of ALS - SOD1. We supported antisense research despite the high risk of the technology not coming to fruition. Our initial investment of $1.5 million to ALS researchers propelled the concept all the way from an academic laboratory in partnership with industry to testing the approach in the clinic.

Our approach to research, which focuses on translating concepts into therapies, facilitated the development of potential antisense treatments not only for ALS, but also for other neurodegenerative diseases, including Huntington’s disease, Alzheimer’s disease frontotemporal dementia and others. In this way, the value of our initial investment has ballooned from $1.5 million to more than $100 million.

In December 2016, the FDA approved an antisense drug, Spinraza, targeting spinal muscular atrophy, a common neuromuscular disease and a leading genetic cause of death in infants and toddlers. This was the first approved treatment for this fatal disorder. This success gives us much hope for the future of antisense therapies targeting ALS.

Biogen has expanded eligibility for its ongoing early access program (EAP) to all people with SOD1-ALS, in countries where such programs are permitted by local regulations and future access may be secured. Learn more here.

Read past updates from Biogen on tofersen here:

Learn more from the International Alliance of ALS/MND Associations.