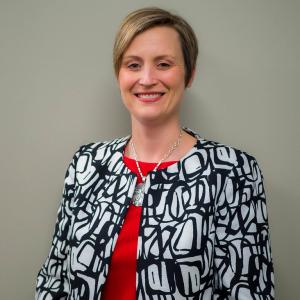 After nearly 11 years of dedicated service, our executive director, Mary Wilson Wheelock, has announced her departure from the organization. Her last day will be Wednesday, December 1. Mary has accepted the role of Executive Director, Philanthropy for the MetroHealth System. Mary’s involvement with the Northern Ohio Chapter began long before she began working here. Her mother, Joanne Wilson, was diagnosed with ALS in 1997, at which time she immediately connected with the Chapter. Following her mother’s death in 1999, Mary became an active Chapter volunteer, and formed a team, Group W, in the first Northern Ohio Walk to Defeat ALS in 2000. Group W has participated in every Cleveland Walk since, raising nearly $60,000. Mary’s volunteer efforts were recognized by the Chapter when she received the first-ever Diamond Award, now the DeGrandis Family Award, in 2009.

Mary was appointed as the fourth executive director of the Northern Ohio Chapter in April 2011. Under her leadership, the Chapter has doubled the number of staff and nearly tripled the operating budget. In 2015, Mary helped guide her team to implement the ALS Care Grant program, which provides reimbursements of up to $2,000 per year to families to offset medically necessary costs of living with ALS. Mary’s skills, expertise and diplomacy resulted in her appointment to numerous Association-wide committees and taskforces. During her tenure, the Chapter received several Association awards for federal advocacy and special events.

While Mary may be leaving the Chapter, she is not leaving the cause. “My mother’s dying wish was that the fight to defeat ALS not end with her,” said Mary. “I intend to continue to make good on my promise to my mom. I love this organization and everything it stands for, and I will be cheering it on from the sidelines. I look forward to returning to my former role of ALS advocate and volunteer.” 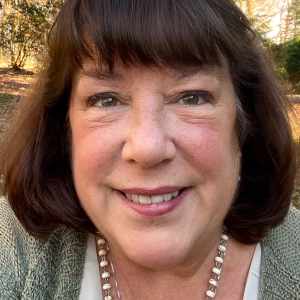 To ensure a smooth transition for the Chapter donors, families, board, staff and friends, Merritt Holland Spier has been hired to serve as interim executive director. Merritt not only served as the executive director of the ALS Association Western PA Chapter for nearly 10 years, she has over 32 years’ of executive experience with several mid to large sized nonprofits. She and Mary have had time to overlap their positions, sharing critical information, meeting with the staff and bringing Merritt up to speed on all Chapter matters. Merritt is very familiar with the ALS Association and its mission. Like all of us, she is passionate about the cause and is fully dedicated to helping the Chapter in any way she can as we move through this phase of leadership transition. While her position is temporary, we anticipate that her expertise and leadership experience will propel the Chapter into a new period of growth and success and we are very fortunate that she was willing to leave her life of retirement and jump back into the world of ALS with both feet.

Please join us as we wish Mary a fond farewell and welcome Merritt to our ALS family!

Thanks Mary for your leadership over the years. My first impression of you was in DC in 2015. I was with the Southern Ohio chapter, but was so delighted when you stood up in the big gathering and shouted "O - H" and we responded " I - O!!"
God bless you and keep you!!
Thanks for being there for us, and May you enjoy your new job!